You Can’t Win Elections Only Because You Speak Well; People Should Refrain From Artificial Marketing: Nitin Gadkari

"Winning elections is important but if socioeconomic transformation does not take place... progress of country and society does not take place, then you getting elected and the incumbent getting defeated has no meaning," Gadkari said. 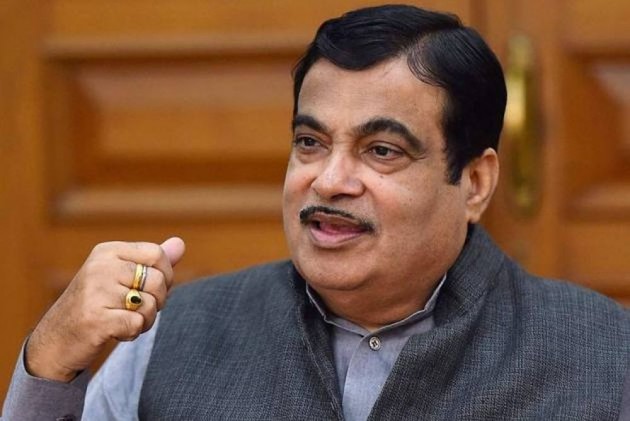 Union Minister Nitin Gadkari at a function on Monday said that mere oratory skills are not enough for winning elections and that bringing socio-economic changes in peoples lives is essential.

“Unity in diversity is our (India’s) speciality. If you speak politely, with due respect to all, it (attaches) a lot of value. You can’t win elections only because you speak well. (Or) you might be a vidwan (learned) but people may not vote for you. One who thinks he knows everything is mistaken – people should refrain from artificial marketing,” said the senior minister in the Narendra Modi-led NDA government, according to a report in The Indian Express.

Delivering the 31st endowment lecture of the Intelligence Bureau, Gadkari said "Justice for all and appeasement of none... It's a fact that an individual is considered great because of his or her religion, caste, language and but his quality and productivity."

The minister said politics is an instrument of socioeconomic change.

"Winning elections is important but if socioeconomic transformation does not take place... progress of country and society does not take place, then you getting elected and the incumbent getting defeated has no meaning," he said.

Admitting that he like the speeches of India's first Prime Minister Jawaharlal Nehru, the BJP stalwart said that "tolerance is the biggest asset" of the country.

“I liked Nehru’s sayings. He said India is not a nation but a population,” said Gadkari who holds Shipping & Water Resources and River Development & Ganga Rejuvenation portfolios.

The former BJP president again referred to Nehru while underlining that one should not create problems is he/she can't provide a solution.

“Tolerance is the biggest asset of our system and the attitude that ‘I did this because someone else did it (as well)’ is, to me, not right. I am ready to forgive.”

The Minister's remarks come amid a raging debate on actor Naseeruddin Shah's statement on mob violence in the country.

Addressing the gathering of IPS officers present at the function, the Minister remarked that “Respect is commanded, not demanded. There is a difference between confidence and ego. You should be confident, but keep (your) ego away.”

Highlighting the need for collective decision making among bureaucrats, the minister said taking views of juniors is not in the system.

"Discussing issues with juniors, taking their suggestions, involving them in discussions, listening to them gives a better ground report," he said.

The senior BJP leader said it is very important to take people together.

"People must have collective spirit. It is important to take people together. You can be very good and very impressive but if you do not have people to support you, what is the use?" he said.

Lauding the efforts of the "silent and tireless" role of the IB in making the country a secure and safe place, Gadkari said it is the aim of all of us to work for comprehensive and all-round development of the country.

Stating that nobody is born evil or perfect, Gadkari said police can play a key role in converting the incarcerated into contributors for society's welfare.

The minister also denounced the culture of "not taking decisions" among bureaucrats to avoid any inquiry.

Gadkari said performance audit is a better alternative to financial audit to evaluate the managerial and administrative ability of officials.

He said though transparency is equally important, but it must accompany time-bound decision making and delivery.

Interestingly, Gadkari had on Sunday accused the media of "twisting" certain remarks he made at an event in Pune.

Clarifying that he is not in any "race" or "competition", the Union Transport Minister said the BJP will get "reasonable" majority in the next general elections.

Gadkari's assertion came in the backdrop of his "leadership should own up defeat" remarks made Saturday, days after the BJP's defeat in the just-held assembly polls in Madhya Pradesh, Chhattisgarh and Rajasthan.