'Won’t Keep Anyone In Dark': Rajnath Singh on India-China Standoff In Ladakh

Addressing a virtual rally, the union defence minister talked about a range of issues including Ladakh and PoK, but devoted most of his time in spelling out virtues of abrogation of Article 370 and Article 35A of the Constitution of India. 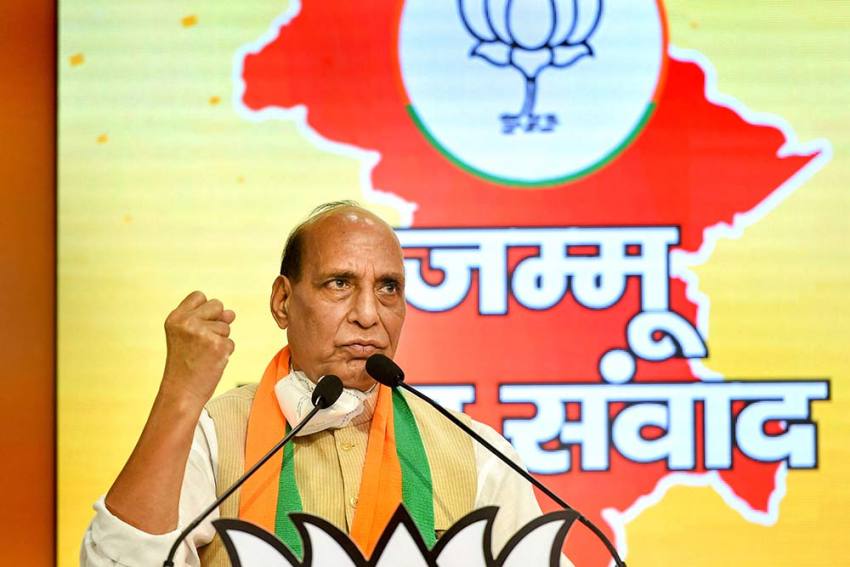 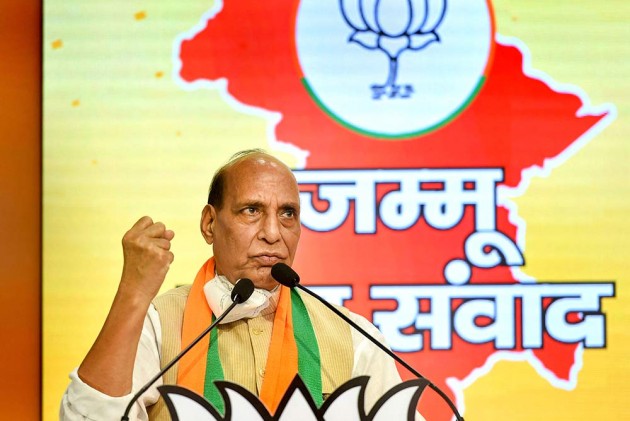 Defence Minister Rajnath Singh on Sunday said the Indian government would not keep anyone in the dark about the India-China tussle in Ladakh and at the appropriate time, the government would reveal everything about it.

“At present, there is an issue between India and China. Some people are asking questions about it and they are asking what is happening at India-China border in Ladakh. From time to time, information is given about it but I want to say that in a democratic setup, we also understand the opposition's importance,” Rajnath Singh said.

“Presently, there are talks going on at the military level between the two countries. China has also desired that the issue be resolved through talks. Our endeavour is also that a solution of this tussle between India and China be found through talks at the military level and at the diplomatic level. I want to tell all leaders and the opposition that our government will not keep anyone in the dark. We will neither keep India’s parliament in the dark nor anyone else. We will reveal about it at the appropriate time.”

ALSO READ: A Catch-22 Situation For China: Dragon Didn't Expect A Stare Back And Now It's Clueless

“I want to tell you with all confidence that we won’t compromise with our national pride in any way. We want to assure you on this,” he said. “At the national security level, India has emerged strong. We are not a weak India. India is a huge power. But we are not scaring anyone with this power.  We are enhancing our power for the security of the nation,” he added.

The Union defence minister was addressing the Jammu Jan Samvad virtual rally where he talked about a range of issues including Ladakh and PoK, but devoted most of his time in spelling out virtues of the abrogation of Article 370 and Article 35A of the Constitution of India. He said that by abrogating Article 370, the Bharatiya Janata Party fulfilled its decade-old promise and is committed to the development and growth of Jammu and Kashmir.

The defence minister said since the Indian government started announcing weather reports of Muzaffarabad and Gilgit-Baltistan, the heat is being felt in Islamabad. He said Pakistan might be thinking about some grave provocations. “But you are watching our paramilitary forces, Jammu and Kashmir Police and intelligence bureau giving befitting reply to their provocations in Kashmir,” he added.

ALSO READ: India Has Stared Down The Dragon, But Is That Enough To Make China Shudder?

He said the government would develop Jammu and Kashmir so much that people of PoK will be jealous and they would demand to be with India instead of Pakistan. He said the day this happens, a goal set by the Parliament will also be accomplished.

He said the promise of the BJP to abrogate Article 370 was incorporated in its manifesto way back during the days of Jan Sangha, and it was fulfilled right after the BJP formed the government with a thumping majority last year. He said under Prime Minister Narendra Modi, the BJP does what it says and thus has not allowed Indian politics to suffer from the crises of credibility. “When we got the chance, we removed Article 370. We got the majority in the parliament and we removed it,” he said. He said Article 370 and 35A were removed within 100 days of forming the government at the Centre. “I want to ask the Congress party if Article 370 was so important for you, then why this temporary provision was not made permanent by you, if you had such affection for this provision.”

He said Rafale fighter jets would reach India in July and it would bolster the Indian Air Force. “We don’t want to scare anyone. We want to strengthen our defence system for our security and protection,” he added.