Battered by resignations of legislators and withdrawal of support by independent MLAs, the government has been on life support since the beginning of this month. 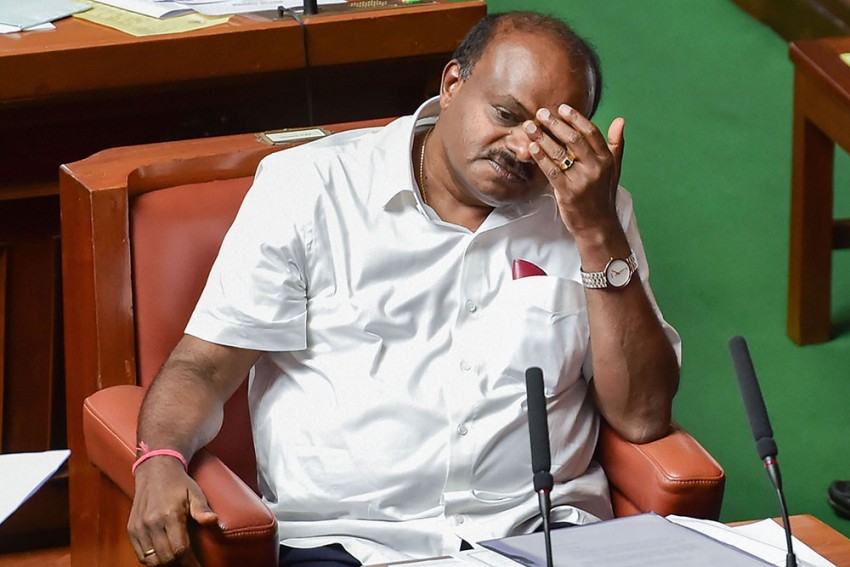 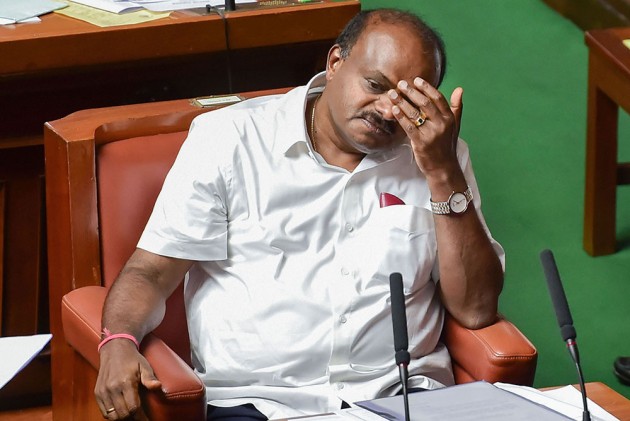 Chief Minister HD Kumaraswamy-led Congress-JD(S) ruling coalition will face its toughest challenge in the form of a trust vote on the floor of the Karnataka Assembly on Thursday.

Battered by resignations of legislators and withdrawal of support by independent MLAs, the government has been on life support since the beginning of this month.

The trust vote comes a day after the Supreme Court, in its interim order, said the Speaker was free to decide on resignations but added the rebel MLAs cannot be forced to participate in the proceedings today.

The discussion on the vote of confidence will start at around 11 am in the Assembly.

Kumaraswamy on Wednesday issued whip to all 37 MLAs of JD(S), including three rebel legislators Narayana Gowda, Gopalaiah and H Vishwanath, to be present in the Assembly at the time of trust vote.

Kumaraswamy has warned that if MLAs do not attend the House and vote against the party whip even after attending the session on the day of trust voting, action will be initiated under the rule of Anti-Defection Law and that MLA will be disqualified from his post.

Meanwhile, senior Congress MLA Ramalinga Reddy, who was amongst the dissident legislators, on Wednesday confirmed that he will remain in the party and vote in favour of Karnataka coalition government in the state Assembly.

Armed with the court order, the rebel Congress-JDS MLAs camping in Mumbai said there was no question of stepping back on their resignations or attending the session.

"We are happy with the decision of the Honourable Supreme Court, we honour it," rebel Congress MLA B C Patil said in a video released to the media, further receding the hopes of the ruling coalition to win them back to their fold.

Flanked by 11 other Congress-JD(S) MLAs who have quit, Patil said, "We all are together and whatever decision we have taken....at any cost no question of going back (on resignations). We stand by our decision. No question of going
to assembly."

The 13-month-old Congress-JDS government had plunged into crisis after rebel MLAs resigned from the membership of the Assembly earlier this month.

The state Assembly has 225 members, including one nominated MLA. The halfway mark in the 225-member Assembly is 113.