On November 14, the apex court had referred the matter concerning the entry of women of all ages to the temple to a larger bench for consideration. 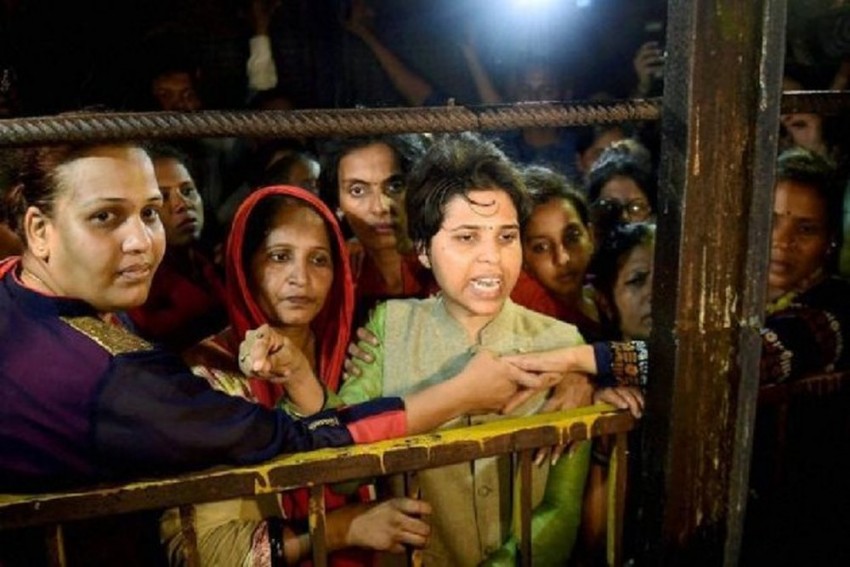 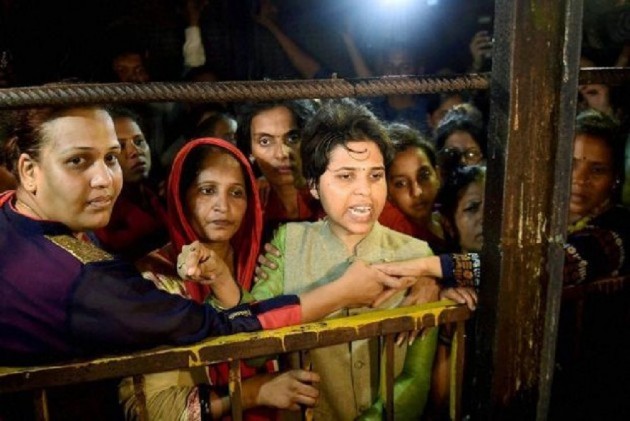 Activist Trupti Desai, who failed to visit Sabarimala Temple after Kerala police refused to give her protection, has said that she, along with other activists, will move the Supreme Court against the state government for contempt of court. On November 14, the apex court had referred the matter concerning the entry of women of all ages to the temple to a larger bench for consideration. The court had, however, not stayed its historic September 2018 verdict, allowing women into the Sabarimala.

Desai said the government and the police have gone against the court order by denying them protection to visit the hill shrine. Speaking to Outlook over the phone from Pune, she denied allegations of having any links with BJP or RSS.

Q) Could you tell us the reasons why you cancelled the visit to Sabarimala on Tuesday?

Since the SC hasn’t stayed its order on entry of women, we decided to visit the temple this time. Since I faced massive protest last time, I wrote a mail to the Kerala CM and DGP to provide police protection on November 25. I have also booked online for ‘darshan’ for November 26 between 10. 30- 1.30 pm. When we reached Kochi airport at 4.30 am, there were people protesting outside. Then the driver dropped us at the Police Commissioner’s office at Kochi.

Q) There was only one news channel Janam TV (backed by RSS) at the airport. How did they come to know about your visit?

Yes, the reporter of the right-wing sponsored channel Janam TV was there. They started shooting, more people identified us and tried to snatch the driver’s license. Even last year, when we planned our visit to Sabarimala, Janam TV flashed printouts of our tickets as their breaking news. My guess is that someone from the airport authorities must be leaking information to them.

Q) On what grounds did the police refuse to give protection to visit the temple?

The Additional commissioner of police met us and told us that they won’t give us protection because that’s the government's stand. They said that we should obtain a letter from the SC for permission to visit the temple. The police also told us that the matter is still subjudice and the government has decided not to give protection to women. We demanded it in writing, but they weren’t willing to do it. Though we had the court order, our request was turned down. It was a shame that we were denied our constitutional right on Constitution day.

Q) Were you forced to return?

In the evening, Superintendent of Police had a meeting with us and asked us to return to Pune for security reasons. Though we insisted that we will visit Sabarimala, they convinced us that there are intelligence inputs of a possible attack on us. Then intelligence and special branch officers also met with us and told us about the possibility of violence and attack. At that point, we decided to leave for Pune at 10. 30 pm. Police escorted us till the airport.

I have informed Bindu Ammini about my visit in advance. So she came along to support me. At the commissioner’s office, when Bindu stepped down to make a few calls, the BJP-RSS workers attacked her with black pepper spray. I think they wanted to attack me. They were trying to threaten us by attacking her. This is about exercising our fundamental rights.

Q) Will you approach the SC?

The statement by the minister is wrong. Government’s stand is against the SC order. It’s the government’s responsibility to give us protection. Instead of taking action against the trouble makers, why they are stopping us? Why are they raising allegations of my link- up with some political party? The CPI (M) alleges that I am associated with BJP and the BJP says I am with the CPM. This is to undermine my struggle towards women’s empowerment and I am not associated with any party.

Last time, they were forced to give protection because of SC order. But they didn’t let me visit the temple last year either.

Q) You have welcomed the SC verdict referring the women entry to a seven-judge bench, whereas many activists have criticized it...

I welcomed the SC verdict because there is no stay on women’s entry to the temple. The court also asked the larger bench to look at the restrictions on women to worship in other religions also. That’s a good gesture.

Q) Don’t you think BJP is adopting a double standard regarding the SC verdict on Ayodhya and Sabarimala?

BJP is playing politics in Sabarimala issue. They failed to derive any electoral benefit out of it. I am planning to write a letter to Home minister Amit Shah to facilitate entry of women to Sabarimala as per SC order.

Will you try to visit Sabarimala again?

I will. But I haven’t decided when to visit again. I will definitely respect SC’s decision. But if the order does not come in 6 months, we will have to assume that it’s a stay on the entry.