Home  »  Website  »  National  »  Why Is The Gujjar Community In Rajasthan Silent After Sachin Pilot's Removal As Deputy CM?

Why Is The Gujjar Community In Rajasthan Silent After Sachin Pilot's Removal As Deputy CM?

Gujjar leaders have cited three major reasons for the community distancing itself from the political crisis in Rajasthan and also refraining from coming out in Pilot's support. 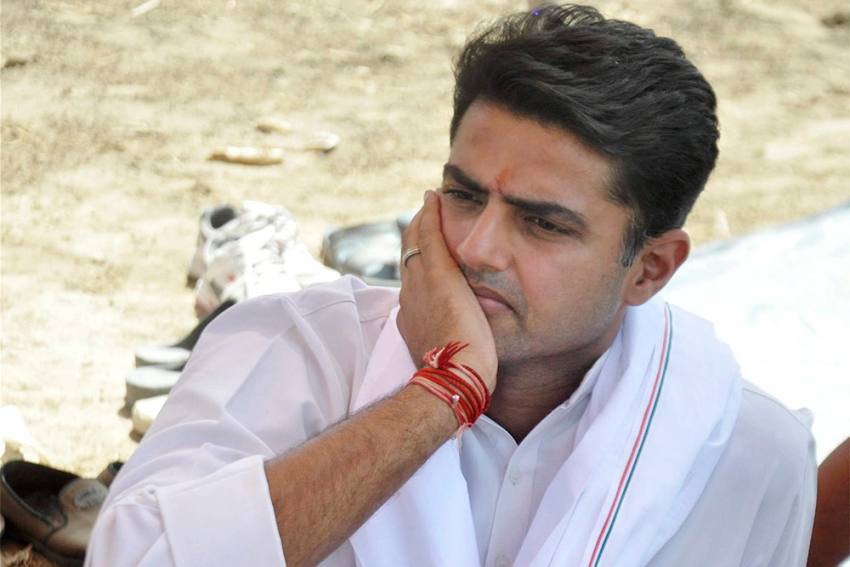 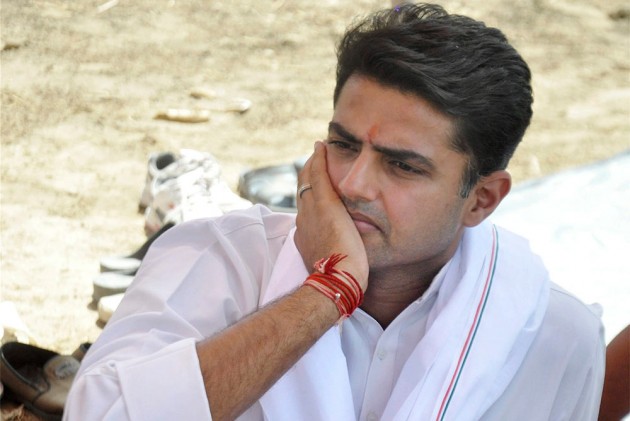 Unlike in 2018 when protests erupted in several pockets of Rajasthan, particularly in the Gujjar belt as Sachin Pilot was fighting a close race with Ashok Gehlot for the chief minister's post, this time, even after ten days of the the former's unceremonial removal as deputy CM and party chief, there are hardly any ripples.

As Congress leaders are openly criticising Pilot and also accusing him of colluding with the BJP, the Gujjar community leaders are curiously silent. However, some sporadic and small demonstrations did take place but fizzled out within hours. The support for Pilot from the youth of Gujjar community and within the Congress party is much more sustained on the social media, where hashtags such as #MaBhiPilot have trended after his removal. Gujjar leaders cite three major reasons for the community distancing itself from the political crisis in Rajasthan and also refraining from coming out in Pilots support.

"Despite being the deputy chief minister, Sachin Pilot failed to support the community during our agitation demanding most backward classes (MBC) reservation. We had to protest in February 2019, just two months after we helped the Congress come to power. Pilot could not assure the community admission to educational institutes and recruitment in state government jobs as per the reservation rules. We are still fighting for the backlog in jobs and recruitments,” Himmat Singh, a Gujjar leader who was on the forefront of Gurjar Aaraksan Sangharsh Samiti (GASS) told Outlook.  As per Singh, the Gujjar reservation issue helped Pilot to become party chief and CM but after getting both the posts, he sidelined the community.

Singh added that the community also felt sidelined after the delimitation exercise conducted by the Panchayati Raj Department, a ministry portfolio held by Pilot.

"Another reason for his growing unpopularity within the community is the delimitation. Being the Panchayat Raj minister, he issued an order to create 1,200 new gram panchayats in November 2019. The panchayats were reorganised in such a way that the ones with majority from MBC communities were divided into two and hence we were reduced to minorities in those areas. The order was also challenged in the court", says Singh, also the founder of Mihir Army, an organisation which he claims works for the development of the Gujjar community.

The Gujjars have also been demanding the establishment of a Devnarayan board for awareness of MBC welfare schemes in the state. As per community leaders, the board has not been established so far. The five castes under the most backward class (MBC) are (1) Banjara/Baldia/Labana, (2) Gadia-Lohar/Gadalia, (3) Gujjar/Gurjar, (4) Raika/Rebari and (5) Gadaria (Gaadri). All these castes were initially enlisted only under the OBC category, 1994.

When asked about the similarities between Sachin and his father Rajesh Pilot, 49-year-old Singh, who has also been active in the election campaign of the duo and also worked as a polling agent for the senior Pilot in 1996 and 1999, said, "His father was more down to earth as compared to him. People in the community could connect with him. I have personally witnessed his charm in Dausa from where he was elected as MP five times".

Shailendra Singh, another Gujjar leader, said the biggest reason for silence of Gujjar community upon his removal from two prominent postings is his disconnect with the community members and leaders. "In the 2018 assembly polls, we had voted for Congress party as Sachin ji was leading the party that time as PCC chief. We collectively protested and pressured the central leadership of Congress party to give him a prominent role. We were happy that a leader from our community had become the deputy CM. But things changed after he became the deputy CM. He not only started distancing himself from the community, but also at times misbehaved with us," Singh said.

Narrating two anecdotes which Singh claimed reflected Pilot's 'ill-treatment' towards the community, Singh told Outlook, "A few months ago, priests from Devnarayan temple in Asind went to meet Pilot at his Jaipur residence. They were not only made to wait for hours but they were asked to return without meeting him. It's a revered temple for the community but in spite of that they were humiliated."

Citing another incident, Singh, who is the General Secretary of Rajasthan Gujjar Arakshan Sangharsh Samiti, said, "In April, in the middle of the pandemic, a minor from Gujjar community was allegedly gangraped in Alwar. All Gujjar leaders went to the victim's house except Sachin Pilot. The community is disgruntled with him."

As per Singh, the Gujjars - otherwise traditional voters of the BJP - voted for the Congress in 2018 polls with expectations that the party will fulfil their demands, because Pilot was its face.

"However, despite keeping Gujjar rights on top priority in the manifesto, Congress did nothing for us," he said.

Gujjar leaders also say that many within the community viewed him as an outsider for a long time, but before the 2018 elections, it decided to support him owing to Pilot's promises.

"Pilot's actions have brought a bad name to the community. He has cheated the people of Rajasthan who voted for Congress, including us Gujjars. Had there been no Gujjar agitation in 2007, Pilot's graph would not have risen as the movement got him national recognition. But he turned out to be thankless. In return, he has tried to reduce the importance of Gujjar leaders by not giving them proper representation in the government and political appointments," Suresh Gurjar, a Gujjar community leader from Kota, said.

The Gujjar community comprises around 70 lakh in the population of Rajasthan and is around seven per cent of the electorate. In the 2018 polls, Congress distributed tickets to 12 Gujjar candidates out of which seven won. Similarly, the BJP gave nine tickets to Gujjars out of which no one won.

The Congress had won most of the seats in districts in eastern Rajasthan in areas such as Dausa, Karauli and Sawai Madhopur, which has a large population from the Gujjar and Meena communities. Pilot himself had contested elections from Tonk, closer to his former Assembly constituency of Ajmer, and had won by a huge margin of more than 54,000 votes.