The government will continue to offer financial assistance to community Durga Puja organisers in the coming years because the festival embodies communal harmony, Banerjee said. 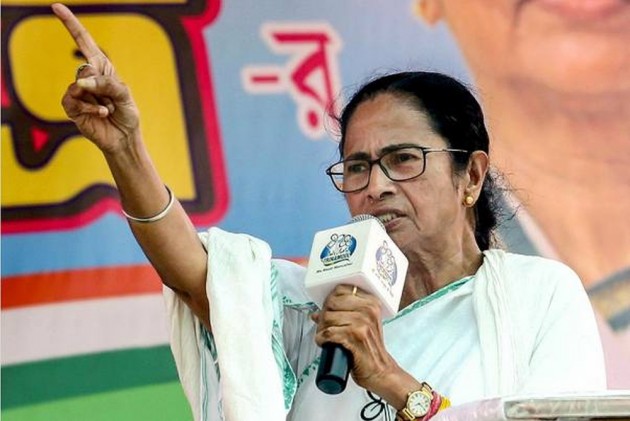 Facing flak from BJP for her alleged Muslim appeasement, West Bengal Chief Minister Mamata Banerjee on Friday said the government will give Rs 25,000 to every community Durga puja committee in the state.

The sum is up from Rs 10000 that was given by the state government to each community Durga Puja in 2018.

The government will provide additional financial assistance of Rs 5,000 - that is Rs 30000 to each Durga Puja organised by women, she said.

The government will continue to offer financial assistance to community Durga Puja organisers in the coming years because the festival embodies communal harmony, Banerjee said.

"This is our small gesture to promote our heritage and a national festival," she said addressing a meeting of Durga Puja organisers here.

"Last year we had announced Rs 10,000 as help for every puja committee in the state to promote the festival. We are raising it to Rs 25000 in view of the hardship faced by small puja committees this year due to the prevailing financial situation," she said.

The financial help will be provided despite financial constraints and recession after consultation with all concerned, including state Finance Minister Amit Mitra.

A total 28,000 community Durga pujas are organised across the state, she said.

Banerjee, who is also the TMC supremo, asserted that none would be allowed to do politics with Durga Puja and called upon the people to maintain the state's tradition of amity and harmony while observing Muharram and celebrating Durga Puja, to be held in mid-September and October respectively.

"In the past two occasions Durga Puja and Muharram were celebrated back-to-back and the two communities involved ensured that there was no untoward incident ... No law and order problem takes place here. Tell me another state where Puja and Muharram processions pass side by side. You can't cite another example," she said.

BJP has often accused Banerjee of indulging in the appeasement of Muslims in the state for vote bank politics.

It had come down on the Mamata Banerjee government for deciding not to allow immersion of Durga idols on Bijoya Dashami, which marks the end of the nine-day festival and had coincided with Muharram in 2017.

The saffron party had termed the decision as unconstitutional and an insult to the Hindu community.

Banerjee asked the puja organisers to be vigilant about crowd control. "We have to be on guard against any bid to spread rumour".

She said the two power utilities in the state - CESC Ltd and West Bengal State Electricity Distribution Company Ltd have been asked to give 25 per cent concession to every puja committee in their respective areas.

About the government-sponsored Durga Puja Carnival, which is being held for the past two years and is touted as a photographer's delight, she said it will be held on October 11 this time and 75 puja committees will participate in it.

"Last year 1,800 foreigners had attended the carnival. It was also shown on National Geographic (channel) has become a global event," she added.

Amid Despair And Anger, NRC Proponents Are Most Disgruntled Now