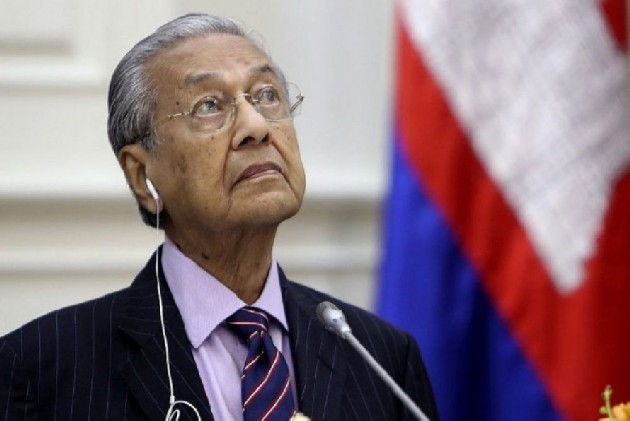 Malaysian Prime Minister Mahathir Mohamad on Tuesday said that he stood firm over his remarks on the Kashmir issue during his address at the UN General Assembly (UNGA) last month, saying "we speak our minds" and "don't retract and change".

"We felt that the people of Kashmir had benefited from the resolution of the UN, and all we are saying is that we should all abide, not just India and Pakistan, but even the US and other countries," Malaysia's The Star newspaper quoted the Prime Minister as saying at a press conference in Parliament.

"Otherwise, what's the good of having the UN?" he queried.

In his UNGA address on September 27, Mahathir had said: "Now, despite the UN resolution on Jammu and Kashmir, the country has been invaded and occupied... There may be reasons for this action but it is still wrong. India should work with Pakistan to resolve this problem. Ignoring the UN would lead to other forms of disregard for the UN and the Rule of Law."

"Sometimes, we have to have strained relationships but we want to be friendly with people. Malaysia is a trading nation, we need markets and so, we are nice to people.

"But, also, we have to speak up for people. So, sometimes what we say is liked by some and disliked by others," he said.

His remark comes after the Solvent Extractors' Association of India asking its members to refrain from buying palm oil from Malaysian, the world's second-largest producer.

Reacting to the development, the Prime Minister said: "This is not the Indian government, so we will have to find out how we can deal and communicate with these people because we are a trading nation and it's bad having what amounts to a trade war."

Asked if Malaysia would be reporting India to the World Trade Organisation, he said "not at the moment", The Star newspaper reported.

Malaysian exported palm oil worth some $1.65 billion to India in 2018.

Earlier this month, India had slammed Malaysia and also Turkey for their leaders' remarks on the Kashmir issue at the UNGA.

External Affairs Ministry spokesperson Raveesh Kumar said that the "government of Malaysia should bear in mind the friendly relations between the two countries and desist from making such comments".

Outlook Web Desk / The inauguration on Wednesday morning will have aviation minister Jyotiraditya Scindia and Chief Minister of Uttar Pradesh, Yogi Adityanath among other attendees.