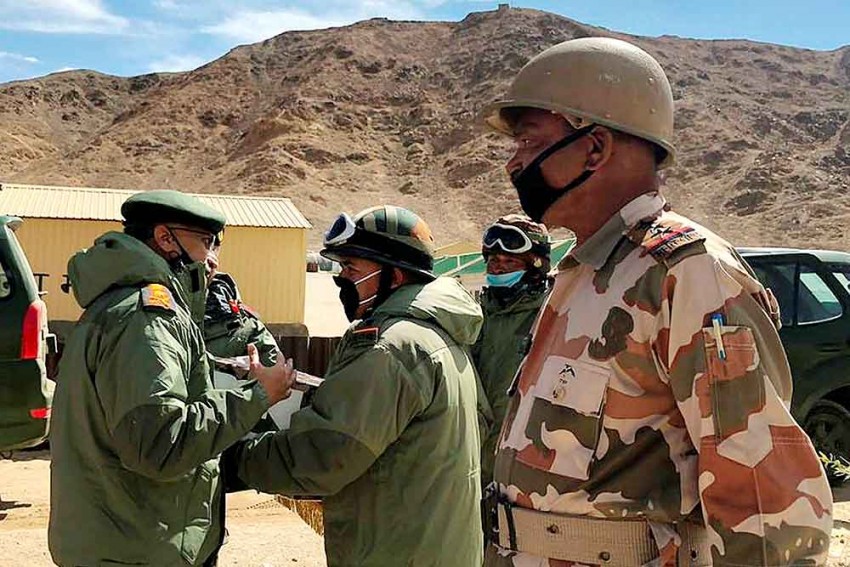 Army Chief Manoj Mukund Naravane interacts with the troops while reviewing operational situations on the ground after the stand-off in the region during his visit, in Eastern Ladakh.
PTI Photo
PTI July 03, 2020 00:00 IST 'We Oppose Unilateral Attempts To Change Status Quo On LAC': Japan Throws Support Behind India 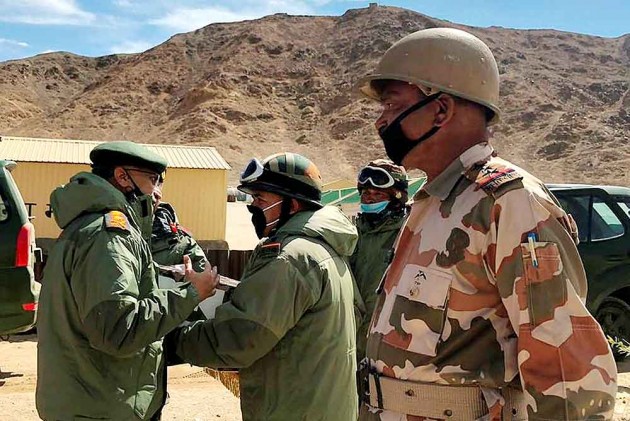 In a strong support to India over its border standoff with China in eastern Ladakh, Japan on Friday said it opposed "any unilateral" attempts to change the status quo in the region.

"Had a good talk with FS Shringla. Appreciated his briefing on the situation along LAC, including GOI's policy to pursue peaceful resolution. Japan also hopes for peaceful resolution through dialogues. Japan opposes any unilateral attempts to change the status quo," he said on Twitter.

The tension escalated manifold after 20 Indian soldiers were killed in a violent clash in Galwan Valley on June 15. The Chinese side also suffered casualties but it is yet to give out the details.

India has been insisting on restoration of status quo ante in all areas of eastern Ladakh to restore peace and tranquillity in the region.

In the meeting, Shringla is learnt to have briefed the Japanese envoy about the overall situation in eastern Ladakh and India's position on the issue.

India and China have held several rounds of diplomatic and military talks in the last few weeks to ease tension in the region. However, there was no visible sign of end to the standoff though the two sides agreed to initiate disengagement of the forces from the region.

India on Thursday said it expected China to ensure expeditious restoration of peace and tranquillity in the border areas in sync with provisions of relevant bilateral pacts.

Following the Galwan Valley clashes, the Army has sent thousands of additional troops to forward locations along the border besides moving in heavy weapons. The IAF has also moved air defence systems as well as a sizeable number of its frontline combat jets and attack helicopters to several key air bases.