Coming to the aid of passengers, the city civic body has opened relief camps at schools in south and central Mumbai where refreshments are being provided to them. 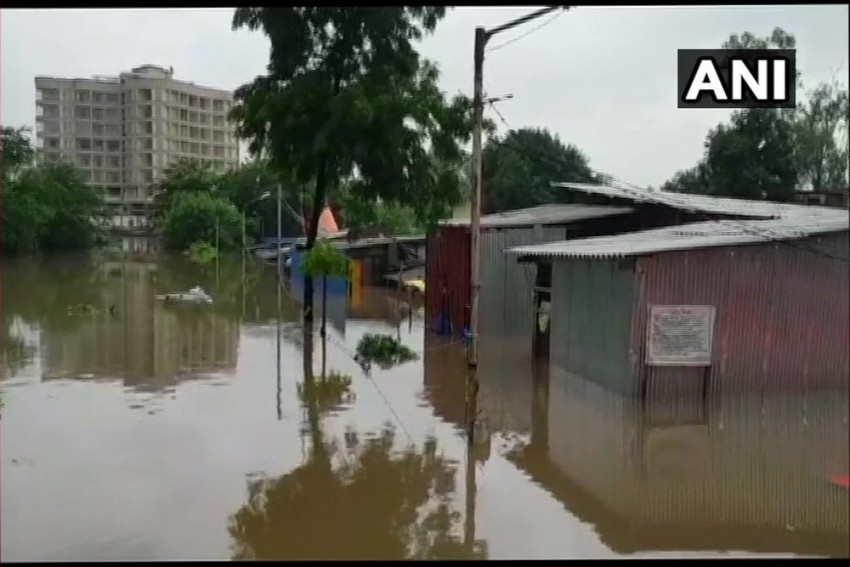 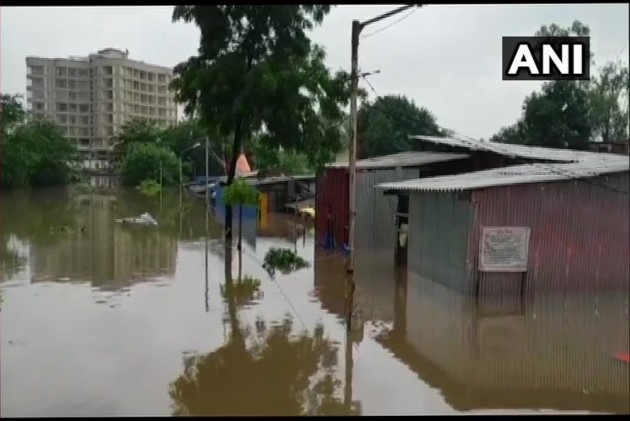 Water-logging on railway tracks due to heavy rains and high tide on Saturday affected the movement of trains on Thane and Panvel sections of the Central Railway (CR) in Mumbai, leaving thousands of passengers stranded at various stations.

Coming to the aid of passengers, the city civic body has opened relief camps at schools in south and central Mumbai where refreshments are being provided to them.

The water level on the tracks rose due to high tide in the Arabian sea coupled with rains in the afternoon, which caused water to flow backwards towards the Kurla, Sion and Chunabhati section, said Central Railway chief spokesperson Sunil Udasi.

"Suburban services were suspended between Kurla-Sion stations on the mainline and between Kurla and Chunabhatti on Harbour line," he said.

The CR has temporarily suspended the services between CSMT-Vashi route of Navi Mumbai on Harbour line and CSMT-Thane section on the mainline.

As trains came to a halt, commuters alighted on marooned tracks amid rains and struggled through the water to reach the nearest stations.

Many videos of the commuters walking on the tracks were circulated on social media.

Harbour line, which connects Panvel in Raigad district to CSMT in south Mumbai, suffered the double whammy as a portion of a ROB (Road Over Bridge) divider fell on the railway tracks at Tilak Nagar station.

No report of injuries to anybody is reported so far.

"The debris are being cleared from track. Road traffic on this ROB has been suspended," Udasi said.

He said special fast services are being operated between CSMT and Dadar stations.

"These special trains will not halt at Masjid, Sandhurst Road, Chinchpokli and Currey Road stations up to Dadar," the chief spokesperson said.

Meanwhile, the Brihanmumbai Municipal Corporation (BMC) has made special arrangements for passengers stuck at CSMT in south Mumbai at the civic-run Manoharlalji school in Bora Bazar area.

"For the passengers who wanted to leave, special buses are being operated between Wadala Road and Vashi in Navi Mumbai. By 4 pm, as many as 12 buses had left for Vashi from Wadala," the civic body said in a statement.

"Schools have been opened for stranded passengers at CST, Dadar and Kurla stations as relief camps where water, tea and snacks are being provided," the statement said.

Suburban trains on the Western line between Churchgate and Virar operated without any major delay.

The impact of cancellation of trains would have been severe had it been a week day, as lakhs of people living in Mumbai and extended suburbs in Thane, Palghar and Navi Mumbai commute by suburban trains everyday.

As per the latest information from the Central Railway, a train has left for Kalyan from Dadar station around 5.20 pm.

Rahul Gandhi Hits Out At Centre On Economy 'Slowdown'