A call was received at 5.04 am about a blaze in the operation theatre (OT) of Emergency Department and seven fire tenders were rushed to AIIMS 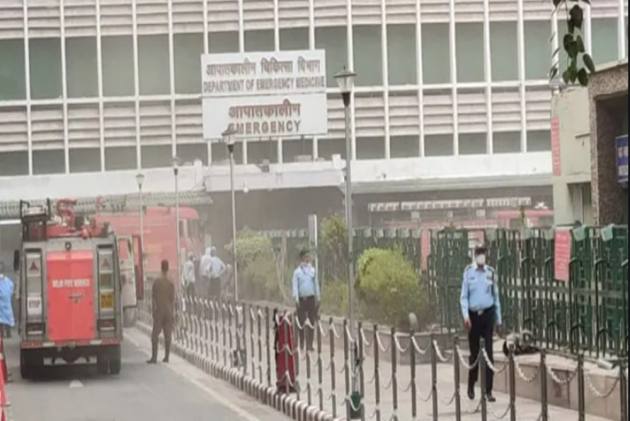 A minor fire was reported at the main emergency ward of the All India Institute of Medical Sciences (AIIMS) in Delhi in the early hours of today. No injuries were reported in the incident. A call was received at 5.04 am about a blaze in the operation theatre (OT) of Emergency Department and seven fire tenders were rushed to AIIMS, Delhi Fire Service Director Atul Garg said.

The fire was brought under control very quickly.

According to police, a PCR call was received at Hauz Khas police station at around 5.15 am about the blaze and on reaching AIIMS, sparking and smoke was observed in a dummy room near the casualty area.

Deputy Commissioner of Police (South) Atul Kumar Thakur said, "All the patients in the vicinity were evacuated. Seven fire brigade vehicles reached at the spot and extinguished the fire."

The situation is now normal and under control, and there is neither any casualty nor any injury to any person, he said.

Casualty area has been reopened for patients, the police said, adding an investigation is underway to ascertain the exact cause of the blaze.

A call was received at 7.58 am about a fire near the canteen area of the hospital. Three fire tenders were rushed to the spot, said Garg.

The fire broke out in an underground cable. It was brought under control very quickly and no injuries were reported, he said.