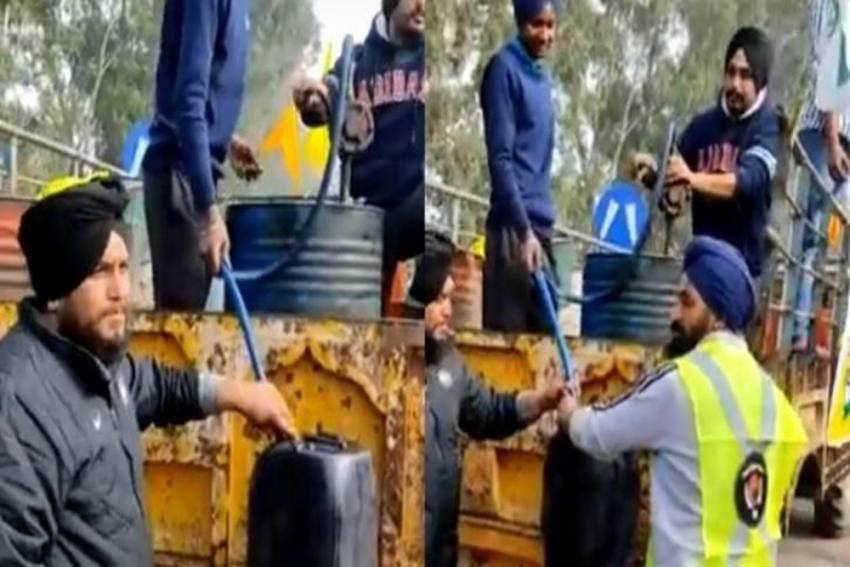 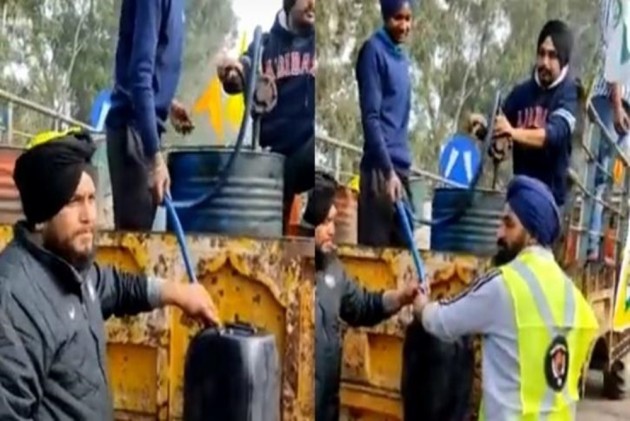 Wondering how the farmers managed the tractor rally on January 26? All thanks to the ‘Free Diesel Sewa’ that helped farmers in the protest against the new contentious farm laws.

The person shooting the video says that the special 'Diesel Langar' was set up by residents of Mirzapur village in Punjab. In the video, the person can be heard saying in Punjabi, 'While the government does not think about these basic needs, it's the farmers who stand by each other for help.'

On Tuesday, thousands of farmers protesting against the three farm laws breached barricades and clashed with police in the capital, who fired tear gas to restrain them, shortly after a convoy of tractors trundled through the city’s outskirts.

The farmers began their first of a kind tractor parade in Delhi much before the time they were granted permission by Delhi Police for the event.

However, in the wake of the violence, two farmer unions on Wednesday withdrew from the ongoing agitation on Delhi's borders against the three farm laws.