Bypolls: BJP Leads In 40 Of 58 Assembly Constituencies In 11 States

Counting began at 8 am as per safety guidelines and is ongoing for constituencies across 11 states. 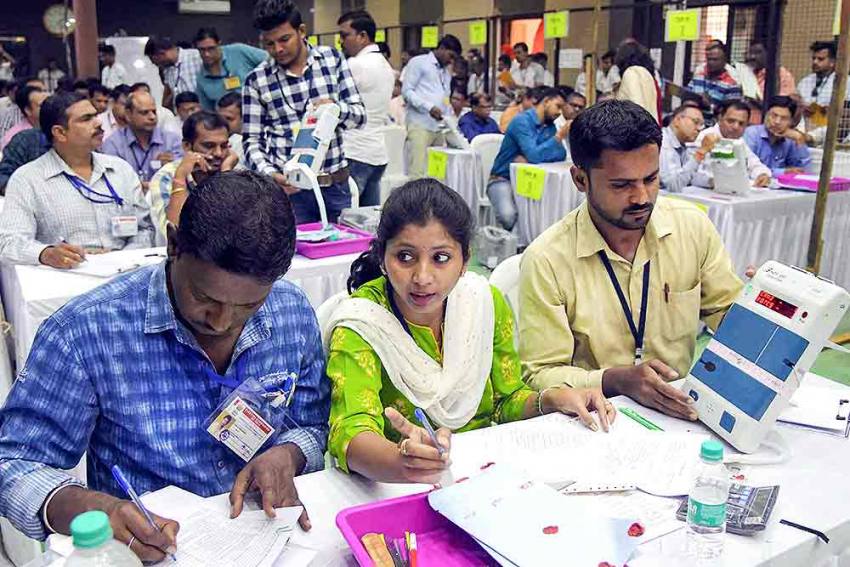 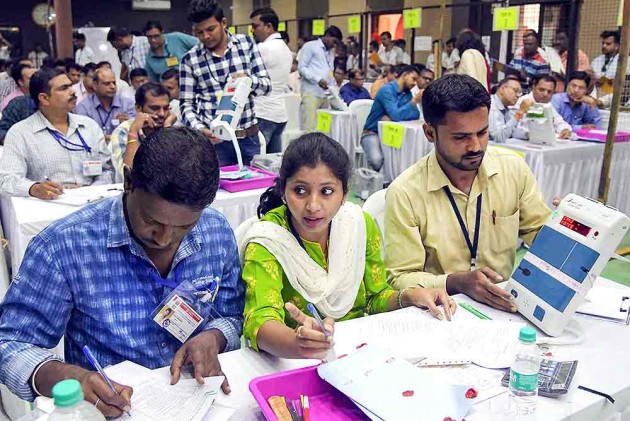 It was advantage BJP on Tuesday with the party leading in more than 40 seats as votes were counted for assembly by-elections in 59 constituencies across 11 states, including Madhya Pradesh where it was ahead in 21 seats, according to the Election Commission website.

The country’s ruling party was also ahead in all the eight seats in Gujarat for which by-elections were held and six in Uttar Pradesh, where seven assembly constituencies went to the polls in the first pan-India electoral exercise since the pandemic.

Counting for the voting held on November 3 began at 8 am and progressed in accordance with the Election Commission’s guidelines restricting the number of people in counting halls, officials said. Extensive measures were taken to ensure social distancing.

Counting of votes is ongoing in Assembly byelection to 28 seats in Madhya Pradesh, where the fate of Shivraj Singh Chouhan government hangs in the balance, and 30 seats in 10 other states in the first major pan-India electoral exercise amid the Covid-19 pandemic.

While the ruling BJP needs at least eight more MLAs for a simple majority in the MP Assembly, the Congress will be hoping to regain its turf as it had sitting MLAs in 27 seats out of 28 in the state where bypolls were held.

Overall, the Congress had sitting MLAs in 42 seats out of 58, while the BJP had seven. The saffron party is fielding over 30 candidates who had won from the Congress ticket but switched sides and resigned, necessitating the bypolls.

In Uttar Pradesh, it will a test of popularity for the Yogi Adityanath government as the BJP, which has a comfortable majority in the Assembly, is contesting on seven seats – six of which it had won in the last election while one was with the Samajwadi Party.

Also, votes will be counted in two seats in Nagaland held by NPF and NDPP, one seat in Telangana, which had been won by TRS, and two seats in Odisha held by the BJD and BJP.

Moderate to high turnout was recorded in the byelections held amid extensive precautionary measures due to the Covid-19 pandemic. Voting in all the seats took place on November 3 except in Manipur, where it was held on November 7.

Besides, counting of votes will be held in Valmiki Nagar Lok Sabha seat bypolls in Bihar, where the assembly election results will also be out on Tuesday.

The byelection had been necessitated due to the death of JD(U) MP Baidyanath Mahto.

It’s a high-stakes electoral battle, particularly in Madhya Pradesh where the BJP-led Shivraj Singh Chouhan government is locked in a fierce contest with the Congress to save its government. The BJP was ahead in 21 seats, the Congress in six and the BSP in one, according to Election Commission trends.

Elections were held for 28 seats, the first time that so many by-elections were held together. The BJP which has 107 MLAs in the assembly, with an effective strength of 229, needs at least eight more MLAs for a simple majority.

It is a crucial test for Jyotiraditya Scindia, who quit the Congress with his loyalist MLAs to join the BJP, toppling the Congress-led Kamal Nath government. Elsewhere, the leads for the BJP varied from a little over 300 (Dabra) to more than 17,000 (Badnawar).

The BJP held sway over the party-ruled state with leads in all eight seats and the Congress trailing. A total of 60.75 per cent voter turnout was recorded in the bypolls held in Abdasa (Kutch), Limbdi (Surendranagar), Morbi (Morbi district), Dhari (Amreli), Gadhada (Botad), Karjan (Vadodara), Dang (Dang district) and Kaprada (Valsad).

Of the seven seats, the ruling BJP was ahead in six and the Samajwadi Party in one.

88 candidates contested in the Naugaon Sadat, Tundla, Bangarmau, Bulandshahr, Deoria, Ghatampur and Malhani seats. Barring Malhani, which was with the SP, the other seats were in the ruling BJP's kitty.

SP chief Akhilesh Yadav alleged on Monday that the BJP was involved in "rigging”.

According to Election Commission trends, the BJP had won two seats and was leading in two with an Independent ahead in one. The by-elections were necessitated by Congress MLAs in four seats resigning from the Assembly and quitting the party to join the BJP.

The BJP had the edge in both the seats for which elections were held. Though the results will have no bearing on the stability of the B S Yediyurappa government, it would be seen in many quarters as a reflection on its performance, especially during the pandemic.

Of the two seats that went to the polls, one was with the JD(S) and the other with the Congress. The elections were necessitated by the death of Sira JD(S) MLA B Satyanarayana in August and the resignation of RR Nagar Congress MLA Munirathna from the assembly last year.

The BJP was ahead in one seat and the Congress in the other. BJP’s Lois Marandi was leading in Dumka over Basant Soren, Chief Minister Hemant Soren’s brother. In Bermo, Congress nominee Anup Singh was ahead of BJP's Yogeshwar Mahato.

The state’s ruling Biju Janata Dal was ahead in both the Balasore and Tirtol seats for which by-elections were held. While state BJP general secretary Prithviraj Harichandan had claimed his party will win both as voters were "fed up with the ruling party”, BJD leader DP Mishra said people voted as they are keen to see speedy development in their areas.

The state’s ruling Congress was ahead in the by-election to the Marwahi seat that was necessitated due to the death of Janata Congress Chhattisgarh (J) MLA and former chief minister Ajit Jogi.

Independent candidates were leading in the two assembly seats -- Southern Angami-I in Kohima and Pungro-Kiphire in Kiphire district. The elections were necessitated following the deaths of the sitting legislators Vikho-o Yhoshu and T Torechu.

The BJP was leading in the Dubbak Assembly constituency, which witnessed a three-cornered contest between the ruling TRS and opposition BJP and Congress.

The bypolls were called due to the death of sitting TRS MLA Solipeta Ramalinga Reddy in August this year. His widow Solipeta Sujatha was the ruling party's choice.

Congress’s Indu Raj Narwal was ahead in the Baroda seat that had fallen vacant following the death of Krishan Hooda, who had won it in 2009, 2014 and 2019 assembly polls. Narwal was leading over his nearest rival and BJP nominee, Olympian wrestler Yogeshwar Dutt.