Vikas Dubey Had 3 Bullet Injuries In Chest, 1 In Hand: Doctors After Post-mortem

A panel of three doctors at Lala Lajpat Rai Hospital performed the post-mortem of Vikas Dubey who was killed in a police encounter. 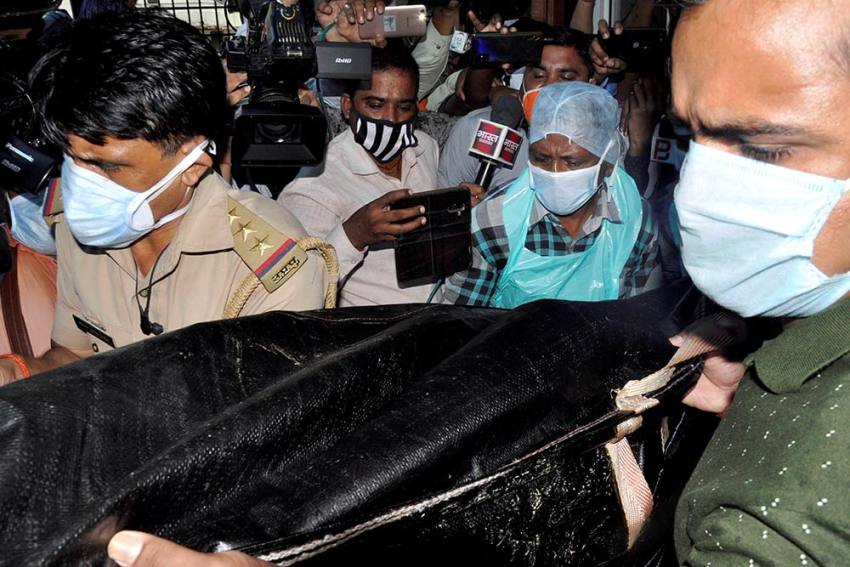 The body of gangster Vikas Dubey being brought for post-mortem at the Lala Lajpat Rai Hospital in Kanpur.
PTI Photo
PTI 2020-07-10T21:29:45+05:30 Vikas Dubey Had 3 Bullet Injuries In Chest, 1 In Hand: Doctors After Post-mortem 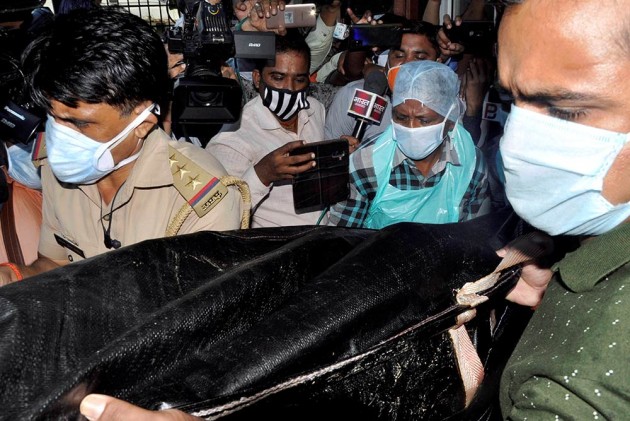 Vikas Dubey, who was shot dead by police on Friday, had received four bullet injuries, three of them in the chest, said the principal of a medical college where the gangster was brought.

Principal of Ganesh Shankar Vidhyarthi Medical College Dr R B Kamal told reporters on Friday that Dubey was brought dead to the hospital. "Dubey sustained four bullet injuries, three in the chest and one in the hand."

But the post-mortem report is yet to be made public.

A panel of three doctors at Lala Lajpat Rai Hospital, which is attached to Ganesh Shankar Vidhyarthi Medical College, performed the post-mortem of Vikas Dubey.

The post-mortem has been videographed, a doctor involved in it said, adding that the police have been briefed about the findings and the report would be handed over very soon.

A large number of police personnel were present in the hospital.

The police have persuaded Dinesh Tiwari, the brother-in-law of the slain gangster, to take the body in his custody and perform the last rites. The body was later taken to Bhairoghat amid heavy security for the last rites.

Tiwari was earlier detained for questioning by the police immediately after the ambush in Kanpur in which eight policemen, including Deputy SP Devendra Kumar Mishra, were killed.

Police claimed that Dubey was shot dead as he was trying to flee after the car carrying him from Ujjain overturned on an isolated stretch of the highway on the outskirts of the city.

The SUV met with the accident at Bhaunti in Kanpur district, toppling on the road which was slippery after the rains, police claimed. The car was part of a small convoy of police vehicles.

Police said the gangster snatched a pistol from one of the policemen injured in the accident and was shot when he opened fire while trying to flee, an account being questioned by opposition parties.

Six policemen, including two from the Special Task Force, were hurt in the accident and the exchange of fire around 6 am, an official said.