The video shows the suspected attacker being detained and taken away. 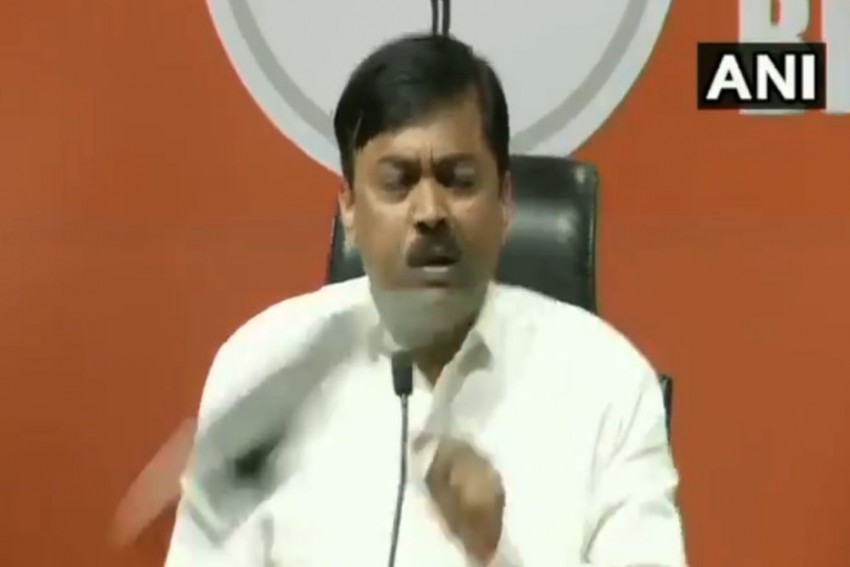 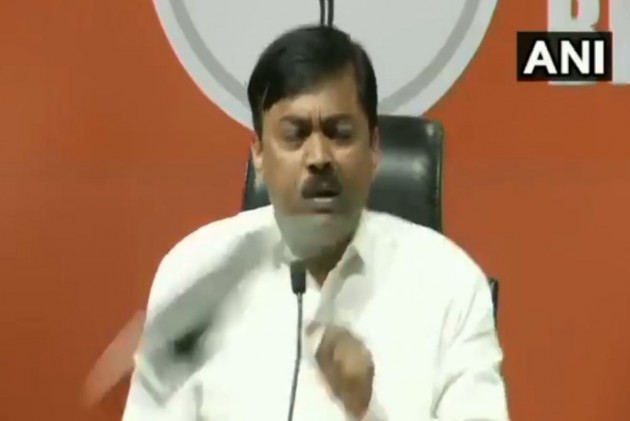 A shoe was hurled at Bharatiya Janata Party (BJP) spokesperson GVL Narasimha Rao during a press conference in New Delhi on Thursday,  closely missing him.

It was not immediately clear why the person, who identified himself as a doctor by profession, threw the shoes.

He was immediately bundled out by security guards at the party office and handed over to police.

At the time of the incident, BJP leaders Bhupendra Yadav and Rajya Sabha MP G V L Narasimha Rao were addressing the media with Rao attacking the Congress for defaming Hindus by foisting "false cases" on Hindutva activists, including Sadhvi Pragya Singh Thakur.

The attacker later identified himself as Shakti Bhargava, a Kanpur-based doctor.

"Shakti Bhargava, who has been detained, told interrogators that he recently met with a huge property loss and wanted media attention for which he attacked the BJP leader," a senior police officer said, adding that the person was being interrogated by the special cell of Delhi Police.

A lookup of Bhargava's Facebook page showed him to be a vocal critic of Prime Minister Narendra Modi. He also claims to be a "whistleblower" in many of his posts.