Tahir Hussain was arrested on March 16, 2020, for his alleged involvement in various crimes during the Northeast Delhi riots last year 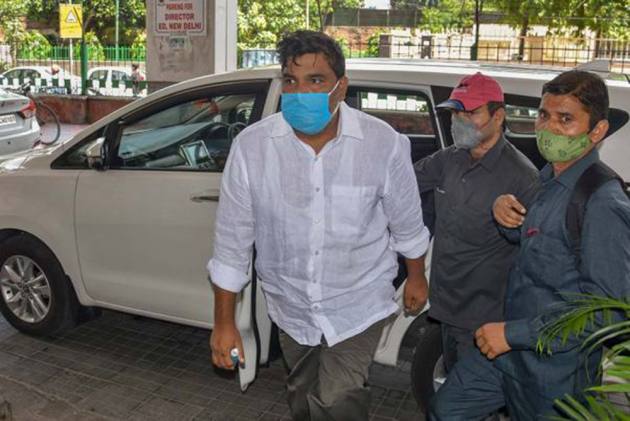 Hussain was arrested on March 16, 2020, for his alleged involvement in various crimes during the riots.

While dismissing Hussain’s bail application, the Delhi Court further said that the ex-APP councillor had used his political clout and muscle power to flare up communal tensions in Northeast Delhi in February 2020. The court also said that he acted as a kingpin in planning the riots.

The court said that Hussain did not use his hands and fists but rioters as “human weapons” who on his instigation could have killed anybody and denied him relief citing the gravity of the offence and his influence in the locality.

Additional Sessions Judge (ASJ) Vinod Yadav passed the order on the bail applications filed by Hussain in connection with two cases of gunshot injuries sustained by two men during the widespread riots in the city's northeast area in February last year.

"It is prima facie apparent that he used his muscle power and political clout to act as a kingpin in planning, instigating and fanning the flames of communal conflagration,” the ASJ said, adding that the allegations against him are extremely grave in nature.

“Even if there were no direct acts of violence attributable to the applicant, he cannot shy away from the fact that his building became the hub for the rioters and rabble-rousers to unleash the worst communal riots since partition in Delhi,” the court remarked.

The cases were registered on separate complaints filed by one Ajay Kumar Jha and Prince Bansal who claimed that they sustained injuries after a riotous mob, which was pelting stones, throwing petrol bombs and firing gunshots from the terrace of Hussain's house, fired upon them on February 25.

Dismissing the bail applications, the judge stated that Hussain permitted his house to be used by rioters to play havoc upon the persons of other community, indulged in terror funding and used persons as human weapons.

The judge said that there is enough material on record to presume that Hussain was “very well present” at the spot of crime and was exhorting the rioters of a particular community.

“There is overwhelming evidence against him in eleven riot cases," the judge said, adding that some suspicious money transactions had also been made from his bank accounts.

“Considering the facts and circumstances of the cases in totality, the gravity of offence and the influence which the applicant holds in the locality, I do not find it to be a fit case for grant of bail to the applicant in both the matters,” the judge said.

During the proceedings, Special Public Prosecutor Amit Prasad alleged that Hussain was the main conspirator and said that he was identified by both the complainants and five eye-witnesses.

“The applicant in furtherance of the criminal conspiracy had instigated the rioters of a particular community and provided logistic support like lathis, dandas, stones, acid bottles, knives, swords, firearms, etc. to the rioters at the roof of his house itself,” Prasad said.

Advocate Rizwan, representing the accused, told the court that his client has been falsely implicated and the allegations levelled against him are nothing but a political blame-game to malign his image.

Communal clashes had broken out in northeast Delhi on February 24, 2020 after violence between citizenship law supporters and protesters spiralled out of control leaving at least 53 people dead and around 200 injured.