While Nitumoni Bora and Nani Gopal Dutta were arrested in the last 24 hours, the house of another member, Hemanta Baruah, was also raided by the police on Wednesday night. 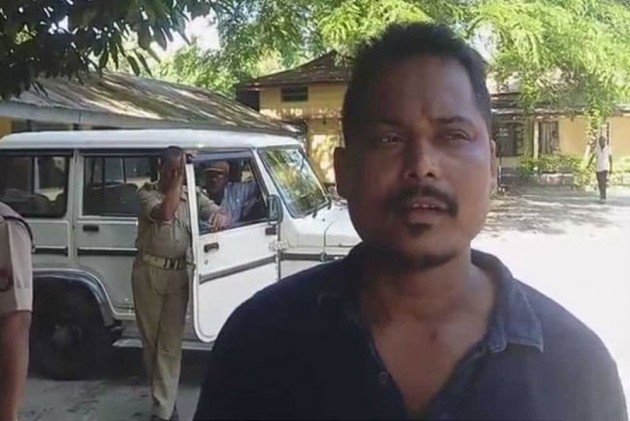 The Assam Police has arrested two members of the ruling BJP's social media team who had been vocal against the state government, and particularly Chief Minister Sarbananda Sonowal, over some issues, leading to allegations of "intolerance" from their colleagues.

While Nitumoni Bora and Nani Gopal Dutta were arrested in the last 24 hours, the house of another member, Hemanta Baruah, was also raided by the police on Wednesday night. While Bora hails from Morigaon district of central Assam, Dutta and Baruah hail from Majuli, the district and constituency represented by Sonowal.

"There was an FIR lodged against Nitumoni Bora by Raju Mahanta last night based on which we have arrested him. It was stated in the FIR that he had posted a derogatory comment against the Chief Minister," said Morigaon's Superintendent of Police Swapnanil Deka.

Journalist Prashant Kanojia Gets Bail, But 5 Still In Jail; 2 Others Booked

The social media team has now questioned the existence of internal democracy in the party.

"We have been working very hard since 2014 to popularize the party (BJP) in Assam because we love the party and its ideals. We had launched an aggressive social media campaign against the then ruling Congress, exposing the party and its misrule to the people which in fact paved way for a change of guard in Assam. However, our members were not arrested by the then Congress government," said a member of the BJP's social media team on condition of anonymity.

"How can they stop us from exercising our right to freedom of speech? This is intolerance if I cannot speak my mind on social media. None of the members have made any derogatory comment. However, some of the members only expressed their unhappiness when the government fails to protect the indigenous people of the state. There is nothing wrong in it," he said.

In January this year, a police station in Guwahati had registered a case of sedition against some speakers at a meeting held on December 7 against the controversial citizenship bill.

Police filed the case under sedition charges against scholar and intellectual Hiren Gohain, rights activist and journalist Manjit Mahanta and RTI activist Akhil Gogoi, who spoke in one particular meeting organized by the citizens' forum.