Transport Oxygen To Delhi Without Hindrance: HC To Centre

High Court has ordered that the allocated supply of oxygen should reach Delhi without hindrance and failing to do so would be seen as criminal offence. 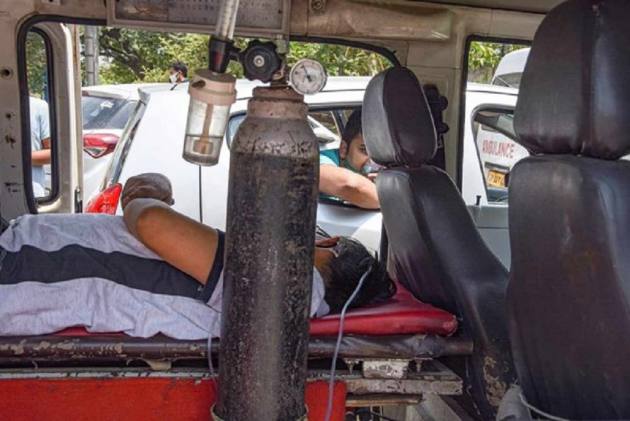 The Delhi High Court on Thursday asked the Central government to ensure that the national capital's oxygen is supplied according to the allocation order and it should be transported without hindrance.

The high court has ordered that there has to be strict compliance of oxygen allocation order as directed by the Centre and non-compliance of the same would be seen as a criminal action.

A bench of Justices Vipin Sanghi and Rekha Palli said the Centre's allocation of oxygen for Delhi from plants in other states like Haryana was not being respected by the local administration there and it needs to be resolved immediately.

It directed the central government to provide adequate security to lorries transporting oxygen and to form dedicated corridors for the same.

The directions came after the Delhi government told the court that oxygen that was to come from Panipat in Haryana was not being allowed to be picked up by the local police there.

The Delhi government also told the court that oxygen which was to be picked up from some units in Uttar Pradesh could also be not lifted from there.

With regard to Delhi government's suggestion to transport oxygen by air, the bench said research by its legal researchers has shown that airlifting of oxygen was very dangerous and it has to be transported either by road or rail.

Solicitor General (SG) Tushar Mehta told the bench "If there is any roadblock by any individuals or any officers, the officers have been instructed that if they are involved in any such activity they will be departmentally dealt with".

He said if Individuals are involved, then protection would be provided to ensure the commitments are met.

"We must respond with a sense of urgency and sense of responsibility which the situation demands," the SG said.

The high court on Wednesday issued strong strictures against the Central government and private industries and had ordered the Centre to "forthwith" provide oxygen by whatever means to hospitals here facing shortage of the gas in treating serious COVID-19 patients, observing it “seems human life is not important for the state”.

"You are not exploring all avenues to augment oxygen supply. Beg, borrow or steal," the court had told the Centre, and asked why it was not waking up to the gravity of the emergency situation. It also warned that certainly all hell will break loose with the stoppage of medical oxygen to the hospitals.

The observations and directions by the court came on Wednesday during hearing of a plea filed by Balaji Medical and Research Centre, which owns and runs various hospitals in the name of Max, contending that if supply of oxygen is not replenished on an immediate basis, the lives of the patients who are critical and on oxygen support will be endangered.