TMC Seeks Adjournment Of Parliament Session Ahead Of Assembly Polls

Due to the ongoing intensive election preparations in the State, the MPs from the TMC would find it difficult to attend the second part of the Budget Session beginning from 8th March 2021, said the letter 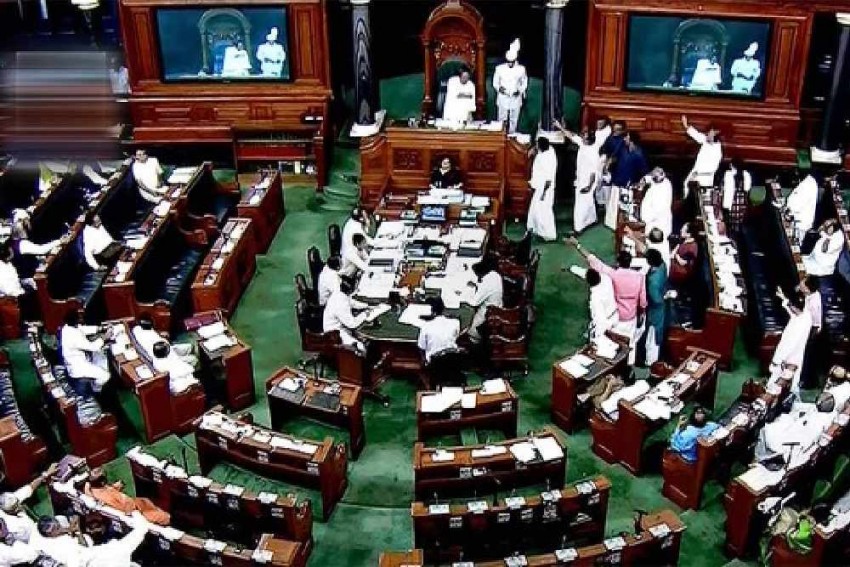 In a letter to the Rajya Sabha Chairman, the Trinamool Congress on Monday sought an adjournment of the Parliament session due to the upcoming assembly elections in five states of the country, including Bengal

TMC national spokesperson and RS member Derek O'Brien urged Rajya Sabha Chairman to adjourn the session due to the polls. He said, MPs of his party would not be able to attend the Parliament session.

"I am writing to you as the Parliamentary Party leader (Rajya Sabha) for the All India Trinamool Congress. Sir, we urge you to consider the adjournment of the ensuing Parliament session, because of the declaration of elections in five states," Derek O'Brien said.

The Election Commission of India, on 26th February 2021, has announced election for five states.

"Due to the ongoing intensive election preparations in the State, the Members of Parliament from the All India Trinamool Congress would find it difficult to attend the second part of the Budget Session beginning from 8th March 2021," said TMC official

The second part of the Budget session of Parliament began on Monday but its duration is likely to be curtailed as most top politicians would be busy campaigning for assembly polls taking place in March-April.

As of now, the session will conclude on April 8.

O'Brien, in his letter, mentioned two precedents when Parliament sessions were adjourned due to polls in states.

He cited the example of the 222nd session which commenced on February 21, 2011, and was scheduled to conclude on April 21, 2011. However, due to upcoming state assembly elections in five states -- Assam, Kerala, Puducherry, Tamil Nadu and West Bengal, the House was adjourned sine die on March 25, 2011, he said.

The second instance he provided was the 214th session which commenced on October 17, 2008, and was adjourned early on October 24, 2008, to meet again on 10 December 2008. The session, as per the original schedule, was to continue up to November 21, 2008. However, due to upcoming state assembly elections in some states, the House was adjourned till December 10, 2008. "I am optimistic you will consider this proposal of ours," the TMC leader said.

24-Year-Old Man Beaten To Death On Suspicion Of Being Thief, 4 Arrested