There was a government in my state which opposed Lord Ram, it is nowhere now, Yogi said attacking the Samajwadi Party without naming it 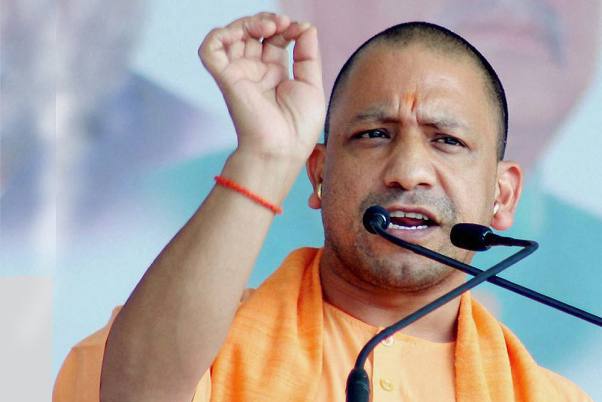 As campaigned in West Bengal for the upcoming state assembly elections, Uttar Pradesh Chief Minister Yogi Adityanath accused the TMC government of playing with the emotions of the Hindus by "forcibly opposing" anything associated with Lord Ram.

If Mamata does not refrain from doing so, people will remove her from power, added Yogi.

In this context, without naming the Samajwadi Party (SP), the UP chief minister said, "there was a government in my state which opposed Lord Ram. It is nowhere now".

Addressing a rally for the upcoming assembly polls, Adityanath said, "In Bengal, there is an attempt of forcible opposition against (Lord) Ram... the state government is playing with the emotions of the Hindus. I will urge Mamata didi not to oppose Ram.

"Those who have opposed Ram have failed to be in power. People have removed them. And that is the reason when there is a kind of restriction to the chanting of 'Jai Shri Ram' in this state, all the people here have it on their lips."

He asserted that 'Jai Shri Ram' is not only used as a slogan by BJP activists, people also invoke Lord Ram's name as a greeting and for other reasons as well.

"Even after a man dies we chant 'Ram naam satya hai' during the last rites. (Lord) Ram is there in our every breath. Nobody can separate us from Ram," he said.

The TMC's rhetoric opposing Lord Ram will not succeed, the BJP leader said.

The saffron party, he said, has brought about a change in the country after coming to power at the Centre as prior to it, a section of people believed that even visiting temples would pose a threat to their secular credentials.

The change is also compelling Mamata Banerjee to visit temples and do 'Chandi Path' in public now, the UP chief minister said.

"Isn't this a change? This is a new India. Each and every person has to go to God," Adityanath said at Balarampur in Purulia district.

The 'Chandi Path' is one of the most ancient and complete systems of mantra worship of the divine mother goddess in the Hindu tradition.

Slamming Congress leader Rahul Gandhi over his temple visits at the time of elections, the BJP leader said, "A priest had to tell him to sit in a correct posture when he went there."

Hitting out at the Congress, he said, that by including Article 370 in the Constitution, the "seeds of terrorism were sown in the country".

Article 370 acknowledged the special status of the state of Jammu and Kashmir in terms of autonomy and its ability to formulate laws for its permanent residents.

"In 1952, the Congress forcibly included Article 370 in the Constitution sowing the seeds of terrorism in the country. The BJP government under Narendra Modi (Ji) scrapped Article 370 from Jammu and Kashmir to take the country forward," Adityanath said.

Describing the BJP as a party that fulfils its promises, the UP chief minister referred to the building of the Ram Temple in Ayodhya.

Highlighting the advantages of having 'double-engine' government at the Centre and state, Adityanath cited successful completion of several projects in Uttar Pradesh.

"In those states where the BJP government is in power, with the help of the central government they are enjoying the advantages of 'double-engine'. You can see that within four years in UP, at least 40 lakh people have got voting rights, over one crore people were supplied with electricity.

"Around 6 crore people have enrolled in Ayushman Bharat scheme, over two crores for PM-KISAN. We have at least 30 new medical colleges in UP in the last four years. UP is leading the country from the front.

"The same thing could have happened in Bengal. The Congress, CPI(M) did nothing, not even the TMC. So people must vote for the BJP and put an end to 'goondagardi', 'tolabaji' and 'cut money culture of the TMC," he said.

If voted to power in West Bengal, the BJP will punish those behind the "killing of party activists in the state", Adityanath said.

"This is the land of (Swami) Vivekananda, Rabindranath (Tagore), Syama Prasad (Mookerjee) which has inspired the entire country. But now it is the land of TMC-promoted goons and 'tolabaaj'(extortionists).

"I think the days of Mamata didi's government are numbered. The people of the state have made up their mind in voting them out of power. Only 45 days are left for them," he said.

Referring to the developments in his state, the chief minister said, "In UP, we do not allow cow slaughter and cow smuggling. The other day, I was reading about a TMC minister speaking in favour of cow slaughter. I do not understand why Mamata didi has kept the person in the state Cabinet. He should have been sacked the same day."

The UP CM was here to address three election meetings in Balarampur (Purulia), Raipur (Bankura) and Belda (Paschim Medinipur).

The 294 assembly seats in West Bengal will go to the polls in eight phases beginning on March 27 and the votes will be counted on May 2.