Poll Strategist Prashant Kishor allegedly also said that the Congress, TMC, and Left had indulged in appeasing the Muslims of Bengal to gain votes in Assembly elections. 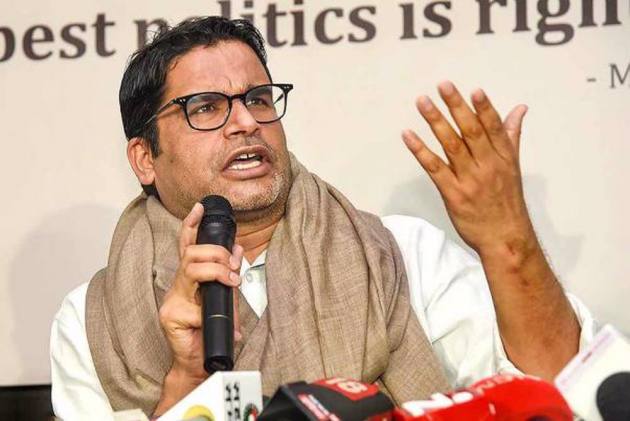 The Indian Political Action committee (I-PAC) headed by Kishor, is in-charge of the TMC’s poll campaign for the ongoing Assembly elections.

In a public chat on Clubhouse, Kishor allegedly claimed that Prime Minister Narendra Modi was a popular face in Bengal and that his popularity rivalled that of West Bengal Chief Minister Mamata Banerjee.

"If you conduct a survey to find the best leader in Bengal, then Modi Ji is equal to Mamta if not higher in terms of popularity" : #PrashantKishore

Why Rahul Gandhi, Priyanka Have Kept Away From Bengal Campaign

PK confessed that Modi's Magic is unbeatable in popularity and there is a wave of anti-incumbency against TMC. pic.twitter.com/xBUdGyDeQD

Kishor further said that there is an anti-incumbency wave against the TMC in West Bengal.

Kishor allegedly also said that the Congress, TMC, and Left had indulged in appeasing the Muslim community in Bengal to gain votes in Assembly elections.

#PrashantKishore speaking on public chat (without realizing) - "all that the Left, Congress & TMC ecosystem have done in the last 20 years is Muslim appeasement".

Another toolkit leak story.ðÂÂÂÂÂÂÂÂÂÂÂÂÂÂÂÂÂÂÂÂÂÂÂÂ#Mamata is sure to beat him up black and blue after 2nd May.pic.twitter.com/FUAeIxi1HB

That moment when Mamata Banerjee’s strategiest realised that the Club House room was open and his admissions were being heard by the public at large and not just a handful of Lutyens journalist.

However, reacting to this Kishor said," I am glad BJP is taking my chat more seriously than words of their own leaders! They should show courage & share the full chat instead of getting excited with selective use of parts of it. I have said this before & repeating again - BJP will not to CROSS 100 in WB. Period."

I am glad BJP is taking my chat more seriously than words of their own leaders!ðÂÂÂÂÂÂÂÂÂÂÂÂÂÂÂÂÂÂÂÂÂÂÂÂ

They should show courage & share the full chat instead of getting excited with selective use of parts of it.

I have said this before & repeating again - BJP will not to CROSS 100 in WB. Period.

In one of the clips that have surfaced online, Kishor can be heard saying that many poll surveys have predicted a win for the BJP in West Bengal.

In a Clubhouse chat of Dumbest Journalists of India, Prashant Kishore enlightens them with the news that BJP is winning West Bengal. pic.twitter.com/31TMlGtquv

Although Kishor asserted that only selective audio clips are being shared online, he asserted that Mamata Banerjee will win the Assembly elections in West Bengal while the BJP won't win more than 100 seats.