Home  »  Website  »  National  » Interviews  »  There Will Be No Alliance With AAP, It’s Final: Sheila Dikshit

There Will Be No Alliance With AAP, It’s Final: Sheila Dikshit

Congress Delhi chief talks about why there are no chances of striking an alliance with the Aam Aadmi Party for the Lok Sabha polls in an interview with Outlook. 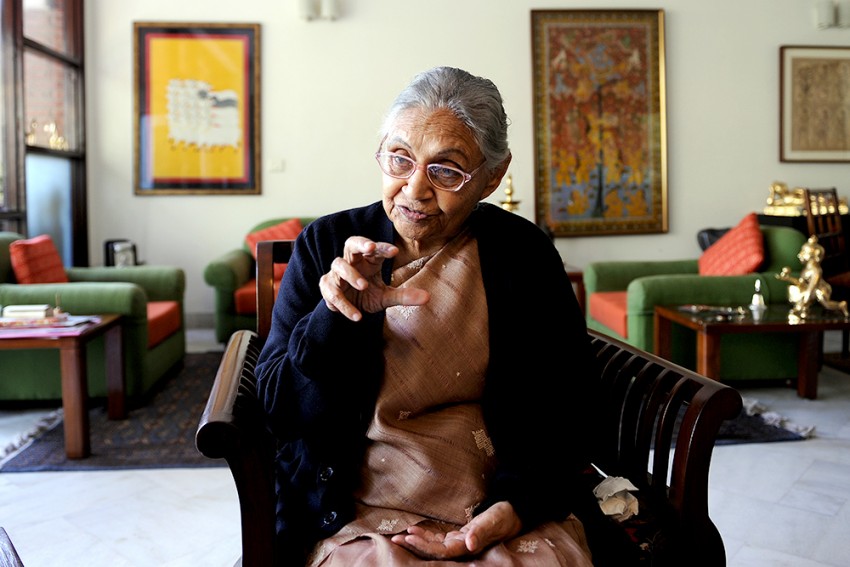 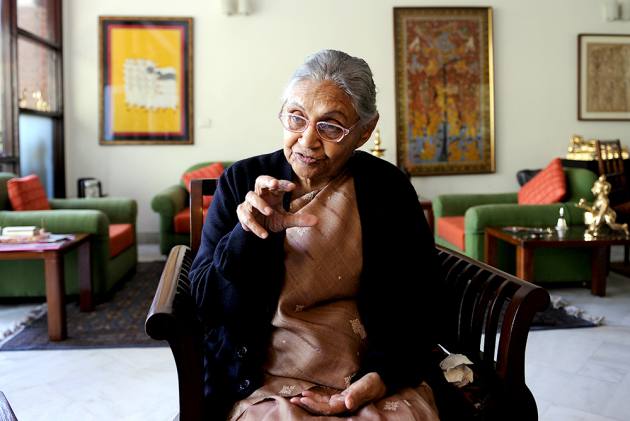 Days after the Election Commission announced the schedule for Lok Sabha elections, Delhi Congress chief Sheila Dikshit said her party will win all seven Lok Sabha seats on its own. In an interview with Outlook, the three-time chief minister talks about why there wouldn’t be any truck with Aam Aadmi Party (AAP) and party’s campaign plans ahead.

Q) Delhi is going for elections on May 12. How do you see the prospects of the party?

A) We are confident that Congress will win all seven seats in Delhi.

Q) There’s suspense over alliance with the Aam Aadmi Party (AAP). You have met Sonia Gandhi and Rahul Gandhi this week. Can we expect a last-minute patch- up?

A)  There will be no alliance and that’s final. There were some talks about it. But we never accepted it. Aam Aadmi Party never approached us, at least certainly not me. I don’t know how these talks about alliance came about. My meeting with Sonia Gandhi wasn’t about alliance.

Q) Are you implying that an alliance was possible if AAP approached you?

A) I wouldn’t have kicked them out anyway. I don’t know how the talks would have turned out. It depends on terms. But the fact is that no one has spoken to me.

Q) BJP seems to be riding on national security after Balakot strike. What is opposition strategy to counter it?

A)  National security was the main theme of many governments. What has the BJP government done differently? They make an issue out of something which doesn’t exist. National security is round- the- clock job. They are not the first ones to protect national security. The Congress has ruled many years than BJP has. We haven’t made any song and dance about it.

Q) BJP seems to be much ahead of opposition parties in terms of cobbling up alliances... The opposition is still riddled with inner contradictions?

A) People are not going to vote for them just because they have tied up with some parties. What has BJP done in these years? Inflation is up and there are no jobs. This is what concern people. Has education become better? They have only done what’s already been done by Congress governments. Congress is the largest party in the country, and it has ruled the country for the longest years.

Q) AAP was eager to have a tie- up with Congress. What’s stopping Congress from having an alliance?

A) Mr Kejriwal is misleading all of you. He hasn’t said a word to me. We are not looking for an alliance. His is a small party and it’s only confined to Delhi. Many of his people approach us. Right now, Kejriwal’s demand is to change the Constitution. The Constitution has to be changed by the Parliament. Who is he trying to misguide?

Q) Congress had earlier given outside support to AAP government. Will that happen again?

A) That question will arise only after Delhi Assembly elections. We will think about it then.

Q) Don’t you think the spat between AAP-Congress is a setback to Opposition unity especially when Congress is trying to stitch alliances with regional parties in other states?

A) All parties in an alliance should give credit and respect to each other. Alliances are not easy to come together. Yes, talks are going on. Some talks may be successful, or they may not happen. There is no guarantee for alliances.

Q) AAP rose to power at the cost of Congress. Is that why Congress opposing the alliance?

A) Not at all. It happens in a democracy. Congress has also lost elections.

Q) There is an ongoing tussle between the Delhi government and the Centre. Do you have any solution?

A) The government of the day has to go by the Constitution. If the rule says that police is not under Delhi government, then it’s not. We also wanted to give full statehood for Delhi. But we never succeeded. Till that happens, you have to go by the rules.

Q) You have been the chief minister of Delhi for 15 years. How was your relationship with the NDA government at the Centre?

A) We brought in Metro railway when Vajpayee ruled the Centre. The state and the Centre have to work in tandem for the sake of the country.

Q) What is going to be the campaign issue for Congress in this election?

A) We are fighting a crucial election this time. Our manifesto will come out soon. Party is working on it.

Q) Have the campaign started?

A) Yes. Campaign is on and our list of candidates will be announced soon. We don’t compare ourselves with AAP.

Q) A section of Congress leaders is said to be in favor of an alliance with AAP?

A) I am not aware of any leaders.