Yearender 2021 | 10 Comments By Judges That Surprised Us This Year

Primitive, outrageous or hilarious, call them what you may, some honourable members of our judiciary surprised us this year with their comments. Here are ten.

In 2021, from lower courts to the top court, judges made all kinds of not-so-judicious statements. They range from being parochial to primitive, outrageous and hilarious too. Here’re some prominent instances wherein words uttered by the judges failed to meet judicial standards and kicked up controversy over the year:

December 21: Rejecting a plea — which sought to do away with Prime Minister Narendra Modi’s photograph from Covid-19 vaccination certificates, Kerala High Court observed that citizens are duty-bound to respect the prime minister.

Justice PV Kunhikrishnan imposed a cost of one lakh rupees to be paid by the petitioner to the Kerala State Legal Services Authority within six weeks.

In his order, Justice Kunhikrishnan held that “The Prime Minister of India is not a person who entered the Parliament house by breaking the roof of the parliament building. He came to power because of the mandate of the people.”

December 5: In his keynote address at a seminar organised by an outfit linked to the Rashtriya Swayamsevak Sangh, Jammu and Kashmir and Ladakh High Court Chief Justice, Pankaj Mithal, said that the inclusion of the terms “secular” and “socialist” in the Preamble of the Constitution had “narrowed” India’s “spiritual image”.

During his lecture on “Dharma and the Constitution of India: The Interplay,” Justice Mithal said, “India is capable of taking care of all its citizens and the socialist nature was inherent in it. Pandavas to Mauryas, Guptas, Mughals and Britishers ruled it, but India was never defined on the basis of religion as a Muslim, Christian or Hindu nation because it was accepted as a spiritual country.” 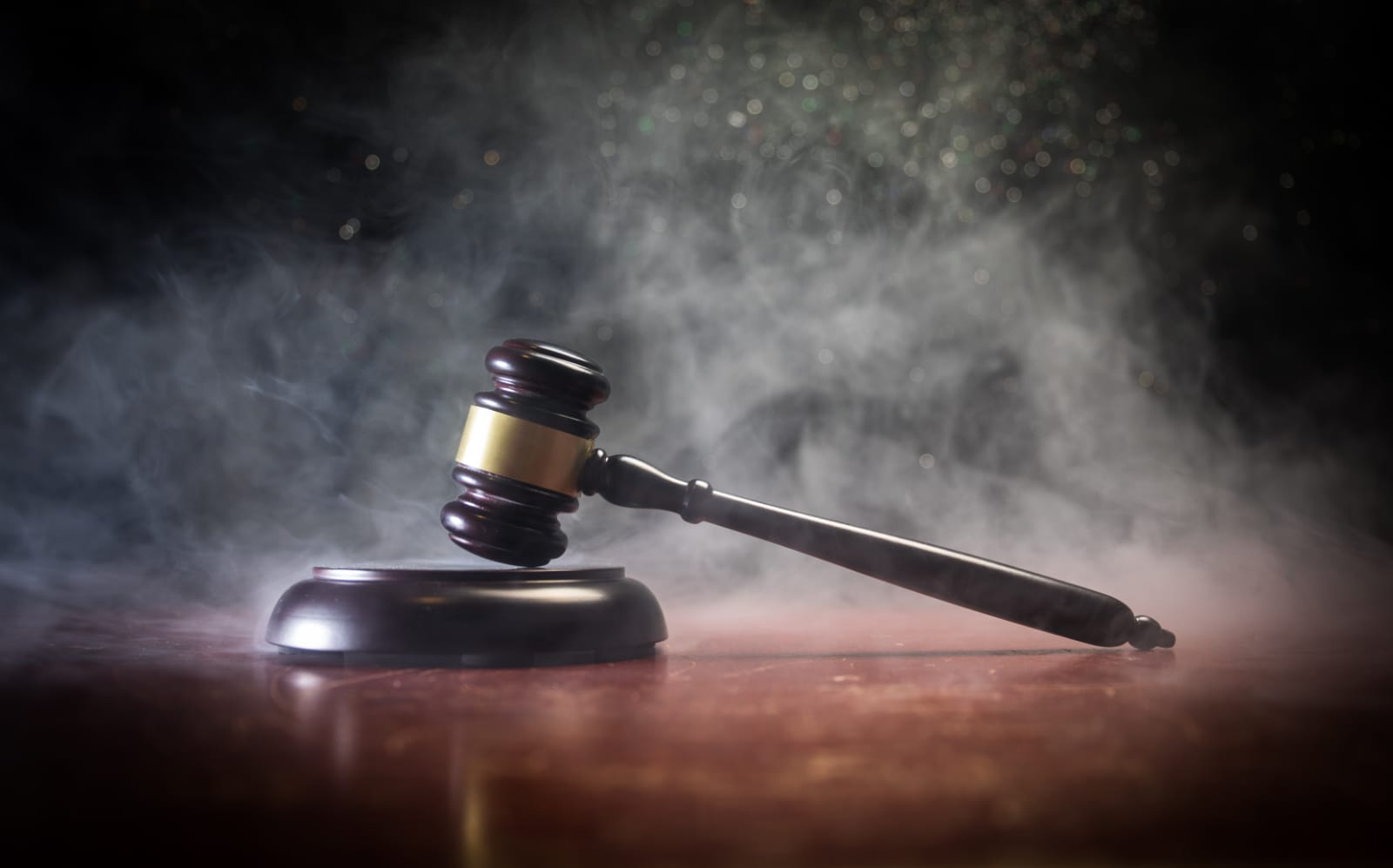 3. Justice for the Judge

December 9: Speaking on the sidelines of the launch of his memoir ‘Justice for the Judge’, former Chief Justice of India, Ranjan Gogoi, said that he should have avoided sitting in the Supreme Court bench that initiated the suo motu proceedings in the wake of sexual harassment allegations levelled against him.

“I go to the Rajya Sabha whenever I feel like it,” Justice Gogoi’s comments in a TV interview regarding his book had triggered a privilege notice. He was responding to a question on his poor attendance since his nomination to the upper house of the Parliament.

October 8: Justice Shekhar Kumar Yadav of Allahabad High Court stated that Lord Rama, Lord Krishna besides epic books like Ramayana, Gita and their authors, Maharishi Valmiki and Maharishi Ved Vyas, are part of the heritage of the country which ought to be given national honour by bringing a law in the Indian Parliament.

While deciding the bail plea of a person — who had allegedly made obscene remarks against Lord Rama and Lord Krishna on his Facebook account — Justice Yadav noted that “India is a liberal country where there is a provision of less punishment for such acts.”

Justice Yadav, who had previously called for declaring cow a national animal in September 2021, referred to the Supreme Court’s decision on Ramjanmabhoomi, saying, “It signifies that Ram resides in the heart of every citizen of this country. He is the soul, identity and culture of this country. Without Rama, India is incomplete.”

September 1: In a matter related to a bail application, Justice Shekhar Kumar Yadav of the Allahabad High Court stated that cow should be declared as the national animal of India. Going a step further, in his written order, he listed several virtues of the cow to substantiate his argument. “Jab gaaye ka kalyaan hoga, tabhi desh ka kalyaan hoga (Only cow’s prosperity will ensure country’s prosperity)” the court’s order said.

“Scientists believe that cow is the only animal which inhales and exhales oxygen. Panchgavya, which is made of cow milk, curd, ghee, urine and cow dung, helps in the treatment of several incurable diseases", Justice Yadav observed in the order, adding that India has traditionally been using cow ghee in yajnas for “this gives special energy to sunrays, which ultimately cause rains.”

6. A murder case against the EC

Stressing on the paramount importance of public health, Justice Banerjee asked the counsel, “Were you on another planet when the election rallies were held?”

Demanding that the high court remarks be expunged and the media barred from reporting oral statements of the judges, EC approached the Supreme Court. But the top court declined the plea, saying that oral observations need to be reported to ensure transparent court proceedings. The court, however, advised that judges avoid making “off the cuff” remarks.

March 21: SA Bobde, the then Chief Justice of India, got himself in the hot waters when he asked a 23-year old man accused of raping a girl, when she was 16, if he would marry her. “You should have thought before seducing and raping the young girl. You know you are a government servant”, CJI Bobde asked the petitioner’s lawyer while hearing a special leave petition. “We are not forcing you to marry. Let us know if you will. Otherwise, you will say we are forcing you to marry.”

The lawyer, however, informed the court that the petitioner had married someone else, adding that he initially wanted to marry the rape survivor but she had refused. Following hue and cry on his remarks, on the next date of hearing, CJI Bobde, however, clarified that his observations were “misreported”. He said, “We never gave a suggestion that you should marry. We had asked, are you going to marry.”

February 25: Denying anticipatory bail to the actors and makers of a web series on Amazon Prime, “Tandav”, Justice Siddharth of the Allahabad High Court observed that the word “Tandav” as the title of the movie could be offensive to the majority of the people in the country as “it is associated with a particular act assigned to Lord Shiva who is considered to be creator, conservator and destroyer of mankind altogether”.

Referring to Hindi movies such as Ram Teri Ganga Maili, Satyam Shivam Sundram, PK, Oh My God, in his 20-page-order, Justice Siddharth held that a number of movies have been produced which have used the name of Hindu gods and goddesses and shown them in “disrespectful manner”.

Eventually, the apex court also refused relief to the actors and makers of the “Tandav”. Justice MR Shah, who headed the bench, observed, “You cannot play a role hurting religious sentiments of others.”

9. Must not be spared

January 25: Justice Rohit Arya at the Indore bench of the Madhya Pradesh High Court made remarks that indicated predetermination of the alleged offence at the investigation stage. Justice Arya was hearing the bail plea of comedians, Munawwar Faruqi and Nalin Yadav, in a case of alleged insult to religious sentiments.

“What is wrong with your mindset? How can you do this for the purpose of your business?” he observed, “Such people must not be spared.”

In his order he rejected the bail, observing that the evidence suggested that the accused “under the garb of stand up comedy” made “scurrilous, disparaging utterances, outraging religious feelings of a class of citizens of India.”

Later, a Supreme Court bench comprising Justices RF Nariman and BR Gavai stayed high court order and granted bail in less than 5-minutes on the first day of the hearing.

January 19: Acquitting a 39-year-old accused, the Nagpur bench of the Bombay High Court ruled that “groping a minor’s breast without skin to skin contact can't be termed as sexual assault under the Protection of Children from Sexual Offences (POCSO) Act.”

A single bench of Justice Pushpa Ganediwala had made the observations while modifying the order of a session court that held the accused guilty of sexual assault for groping a 12-year-old-girl and disrobing her. Notably, as per the POCSO Act, “Whoever, with sexual intent, touches the vagina, penis, anus or breast of the child or makes the child touch the vagina, penis, anus or breast of such person or any other person, or does any other act with sexual intent which involves physical contact without penetration is said to commit sexual assault.”

In November this year, however, the Supreme Court cancelled the order, describing it as a “narrow interpretation of the law”.

(With inputs from news reports and agencies)