Telangana Adopts Resolution Against CAA, NPR, NRC; Eighth State To Do So

The House also expressed its concern over the proposed implementation of NPR and NRC, which may result in exclusion of large number of people. 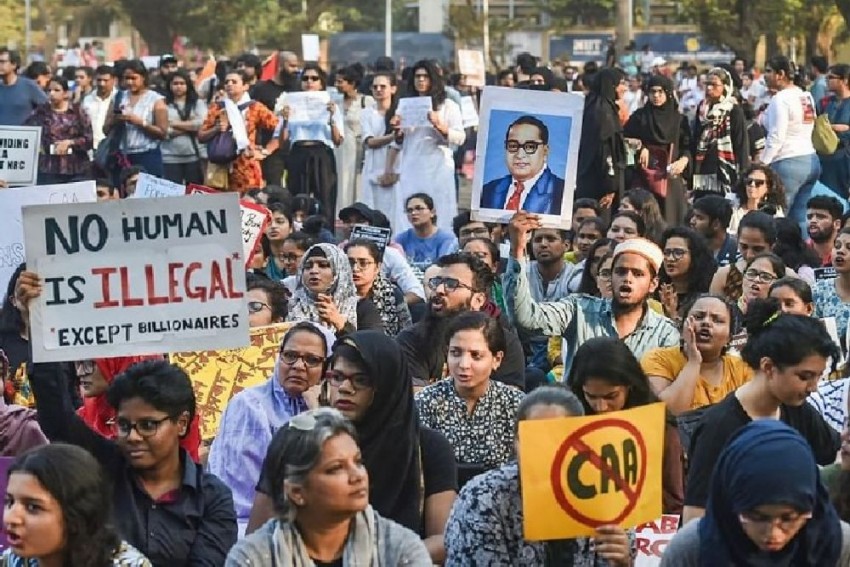 A large number of protests against the amended citizenship law and proposed NRC took place in India over the last three months. (PTI)
IANS 2020-03-16T18:42:07+05:30 Telangana Adopts Resolution Against CAA, NPR, NRC; Eighth State To Do So 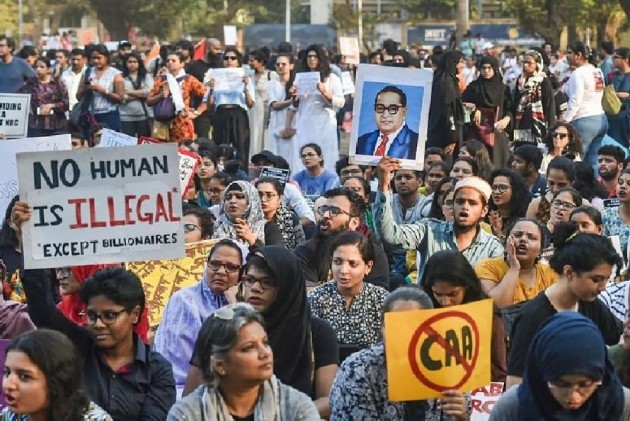 The Telangana Assembly on Monday unanimously adopted a resolution against Citizenship Amendment Act (CAA), National Population Register (NPR) and National Register of Citizens (NRC), terming it as an attempt to alter non-religious nature of Indian citizenship.

The resolution urged the Centre to amend CAA by removing all references to any religion or to any foreign country.

The House also expressed its concern over the proposed implementation of NPR and NRC, which may result in exclusion of large number of people.

"This House, accordingly, urges the government of Telangana to take all necessary steps to safeguard the people of Telangana from exercises such as NPR and NRC," says the resolution moved by Chief Minister K. Chandrashekahar Rao and adopted by a voice vote after a debate.

It referred to statements by ministers of government of India as well as government of Assam that the CAA is to be used in order to protect non-Muslims who may have been excluded from the NRC in Assam, and in future, in the rest of India.

"Therefore, this is nothing less than an attempt to fundamentally alter and undermine the non-religious nature of Indian citizenship," reads the resolution.

It noted that there have been concerted attempts to tinker with the inclusive and non-religious nature of Indian citizenship through CAA, NPR and NRC.

"Besides violating principles of equality, non-discrimination, secularism, this concerted attempt will also endanger the lives of vulnerable groups who do not possess adequate documentary proof of citizenship. Moreover, there are serious questions as to the legality and constitutionality of CAA, NPR and NRC."

"The parliamentary enactment of CAA has created grave apprehensions among various sections of society that it is a prelude to the NPR which will lead to a nationwide NRC," it said.

It pointed out that for the first time in India, the CAA introduced religious test to acquire Indian citizenship while also providing for an accelerated path to citizenship for non-Muslim citizens of Afghanistan, Pakistan and Bangladesh.

Referring to NPR, the process of which is set to be rolled out from April 1, the resolution noted that there are apprehensions among all sections of citizenry, especially the economically weaker sections and illiterate persons that they will be required to show documentary proof of citizenship as well as of their parents.

"It is also feared that the disproportionate impact will be felt most by Dalits, Adivasis, backward classes and linguistic as well as religious minorities."

"The Indian national movement was a convergence of various beliefs, thoughts and ideas. Upon Independence, our founders embraced diversity, pluralism and secularism in the Constitution. The enactment of CAA has raised concerns that by introducing a religious test for citizenship, the Act insults the memory of India's founders, who consciously chose not to incorporate a 'racial principle' or 'religious principle' in the provisions applicable to citizenship."

It said that the Act makes people belonging to certain religious eligible for Indian citizenship while excluding other persons solely on the basis of religion. "Citizenship on the basis of religion violates not only the principle of equality enshrined in Article 14 of the Constitution but also the principle of secularism, which constitutes the basic structure of the Constitution of India. By discarding secularism and quality before law in our citizenship laws, a theocratic state may be institutionalized."

"Hence the enactment of CAA calls for a combined effort from all Indian, regardless of religious beliefs, to protect our founding values and preserve secularism in the Republic of India."

Telangana became eighth state in the country to pass a resolution against CAA. The resolution also covered NPR and NRC.

Speaker Pocharam Srinivas Reddy announced that the resolution was adopted with a voice vote as BJP's lone member Raja Singh tried to disrupt the proceedings demanding more time to speak against the resolution. He defended CAA and NPR, and targetted the TRS government for what he called misleading the people on the issue.

Earlier, moving the resolution, the chief minister termed CAA a divisive legislation and urged the Centre to abrogate it.

The chief minister said the Centre's move triggered nation-wide protests and created doubts about its real intention to conduct NPR. "Intolerant thinking is not good for the country and this country can't accept this," he said.

Pointing out that Ministry of Home Affairs in its report for 2018-19 stated that NPR is the first step for preparation of NRC, Rao said nobody was ready to believe the Centre that there will be no NRC. "Who is speaking truth. Union Home Minister or this report," he asked.

Stating that it is not an issue of Hindus and Muslims but an issue of the very future of the country and its prestige in the international community, KCR voiced concern over the growing trend of dubbing anybody as Pakistani agent and traitor. "Can you call Telangana Assembly a traitor for passing this resolution," he asked.

He said MPs and ministers went to the extent of raising slogans like 'goli maro'. "What kind of language is this. A civilized society like India's can't tolerate this nuisance," KCR said.