Yadav tweeted that despite having achieved power through the back door in Bihar and having 22 sitting MPs, the party agreed to give an equal number of seats to Kumar. 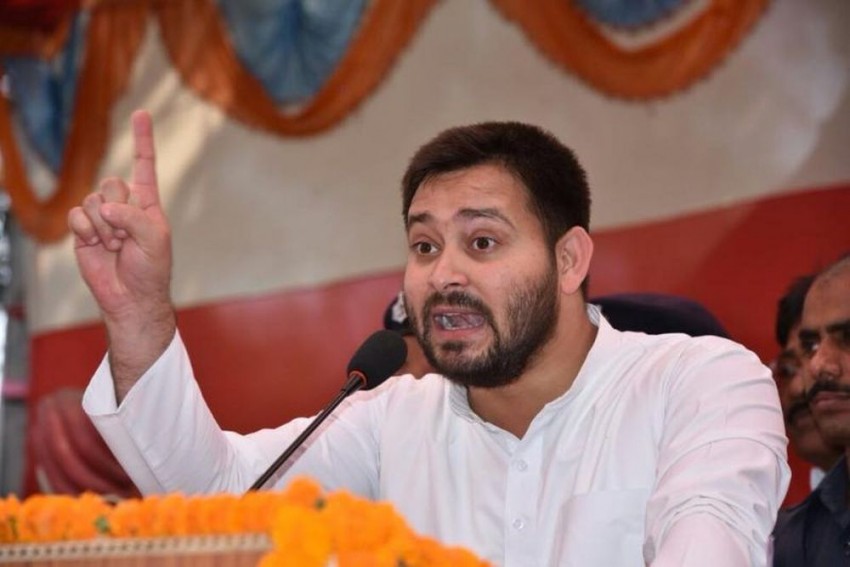 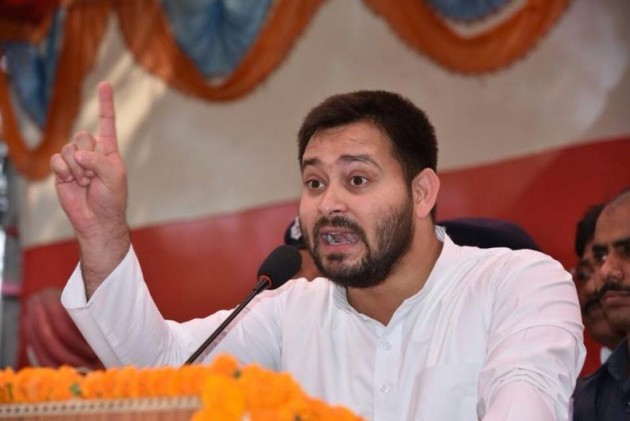 RJD leader Tejashwi Yadav on Sunday took a jibe at the BJP for agreeing to contest only 17 seats in Bihar in the Lok Sabha polls next year, despite having won 22 in the last general election.

The leader of the opposition in the state assembly also indirectly claimed that the Bharatiya Janata Party (BJP) gave in to arm twisting by Chief Minister Nitish Kumar and Union Minister Ram Vilas Paswan, who head the Janata Dal(United) and the Lok Janshakti Party (LJP) respectively -- both NDA allies.

The LJP and the JD(U) have reaped the benefit of questioning Prime Minister Narendra Modi over demonetisation two years after the note ban, Yadav said in a tweet.

His remark was a reference to Paswan's son and LJP Parliamentary Board Chief Chirag Paswan recently writing to Union Finance Minister Arun Jaitley and requesting him to elucidate the benefits of demonetisation so that his party could explain the same to its voters.

Moreover, Kumar who had come out in support of demonetisation while still part of the opposition's 'mahagathbandhan' (grand alliance), remarked earlier this year that the drive could not achieve its objective of curbing black money and blamed the banking sector for it.

Taking a dig at the BJP, Yadav tweeted that despite having achieved power through the back door in Bihar and having 22 sitting MPs, the party agreed to give an equal number of seats to Kumar, who had returned with a tally of only two seats.

"Now you can understand the dire straits the NDA is in," the Rashritya Janata Dal (RJD) leader said.

Ending its 17-year-old alliance with the NDA, the JD(U) had contested 2014 Lok Sabha polls alone. Following its poor performance, it forged the 'mahagathbandhan' with the RJD and the Congress and the alliance achieved a handsome victory in 2015 Bihar assembly polls.

Kumar, who had in the meanwhile taken over as the JD(U) president, walked out of the alliance last year following corruption allegations against Yadav, his then deputy.

The JD(U) chief stitched a new alliance with the BJP, which had been smarting under its humiliating defeat in the assembly polls.

The grand alliance, of which the RJD is the largest constituent, was left truncated and it suffered setbacks like former state Congress president Ashok Choudhary joining the JD(U) along with his supporters.

It received a shot in the arm recently with the Rashtriya Lok Samta Party, a former NDA ally, joining the alliance.

Grand Alliance A Club Of 'Rich Dynasties', They Are Not For People But For Power: Modi