Team Modi 2.0: These MPs Are Likely To Be Part Of PM's New Cabinet

Prime Minister Narendra Modi, along with his council of ministers, will take oath as the 15th the Prime Minister of India at 7 pm in the forecourt of the Rashtrapati Bhavan. 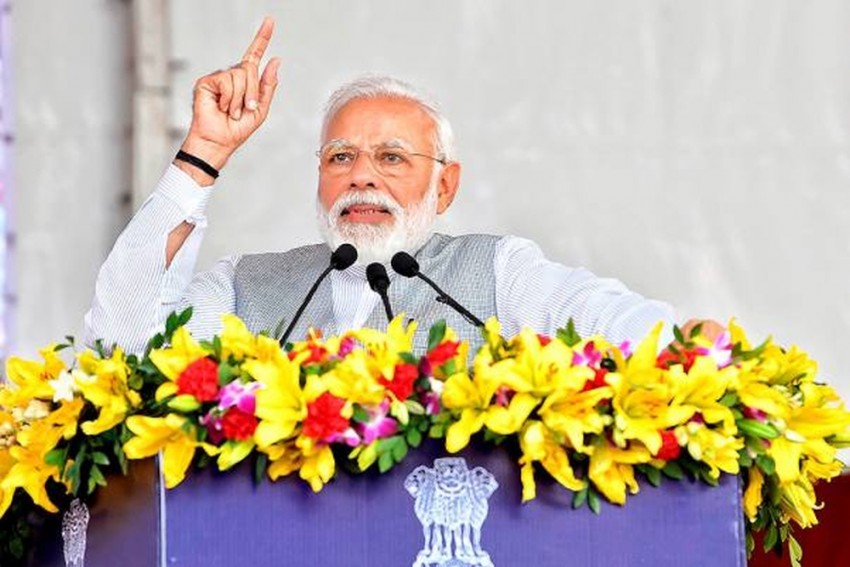 Narendra Modi will take oath as Prime Minister of India for the second consecutive term on Thursday evening at Rashtrapati Bhavan
PTI File Photo
Outlook Web Bureau May 30, 2019 00:00 IST Team Modi 2.0: These MPs Are Likely To Be Part Of PM's New Cabinet 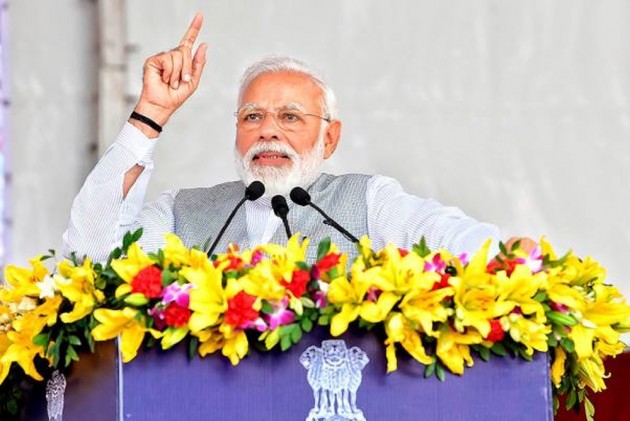 As Narendra Modi is set to take oath as Prime Minister for the second consecutive term on Thursdsay evening, the speculations surrounding the possible ministers in his cabinet is growing with several of Modi's previous cabinet colleagues set to return as ministers of Modi 2.0 team.

MPs selected for ministerial berths will meet Prime Minister Narendra Modi at his residence at 4.30 pm on Thursday, shortly before the swearing-in ceremony.

Earlier in the morning, the prime minister held a final round of consultations with BJP president Amit Shah to give shape to his council of ministers before sending the list to the Rashtrapati Bhavan.

Among some of the new faces that are likely to be inducted include Prahlad Patel from Madhya Pradesh, Kailash Chowdhry from Rajasthan, Krishna Reddy from Telangana and Suresh Angedi from Karnataka and Raosaheb Danve from Maharashtra.

Teli was elected to the Lok Sabha from Dibrugarh in Assam while Rijiju was elected from Arunachal West. Sangma represents the Tura constituency in Meghalaya.

Before taking the oath of office, the prospective ministers will meet with Prime Minister Narendra Modi at 7, Lok Kalyan Marg over tea at 4:30 pm, sources said.

Speaking to ANI, Gowda said, "I received a call from Amit Shah. He said that I should be at the home of the Prime Minister at 5 pm and the swearing-in ceremony at 7 pm."

"At 5 pm, the prime minister will have tea with his Cabinet other ministerial colleagues. Then we will go to Rashtrapati Bhavan to take oath," he added.

Goa's Shripad Naik will also be inducted in Modi cabinet, according to IANS.

The Shiv Sena has confirmed its leader Arvind Sawant, who defeated Congress heavyweight Milind Deora from Mumbai, will be its nominee in the council of ministers.

The Apna Dal's Anupriya Patel is likely to be in the council of ministers.

Prime Minister Modi, along with his council of ministers, will take oath as the 15th the Prime Minister of India at 7 pm in the forecourt of the Rashtrapati Bhavan. President Ram Nath Kovind will administer the oath of office and secrecy at the function.

Several overseas friends of BJP from 15 countries, including the US, Australia, Germany, and the UK, have also been invited.