The 85-year-old leader tested positive for the virus on August 25 and was admitted to the Gauhati Medical College and Hospital (GMCH) the next day. He tested negative recently but remained in the hospital. 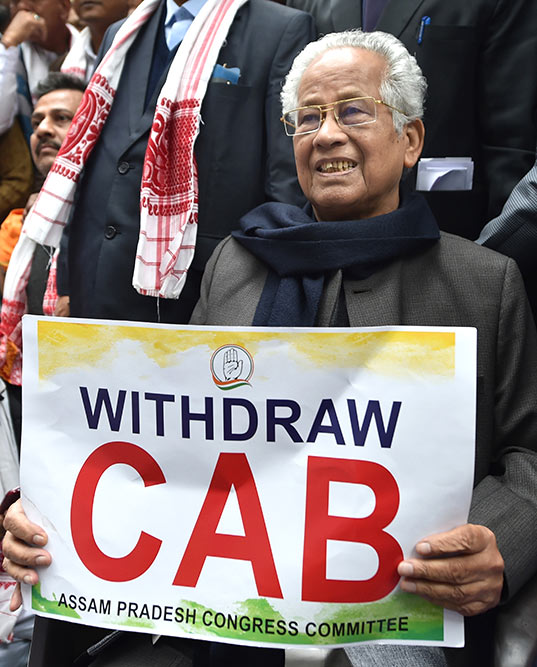 Veteran Congress leader and former Assam chief minister Tarun Gogoi was on Thursday admitted to the Intensive Care Unit (ICU) of a state-run hospital after his blood oxygen level drastically went down in post-COVID-19 complications, a senior doctor said.

GMCH Superintendent Abhijit Sarma said that Gogoi, who has "a lot of comorbid conditions", was admitted to the ICU as he developed some problems in the lungs and his oxygen level dropped drastically. "However, he is stable now and we are constantly monitoring his condition. He is in oxygen support at this moment," he said.

Assam Health Minister Himanta Biswa Sarma said that GMCH authorities will consult AIIMS doctors in New Delhi on Friday morning through video conference about the condition of
the three-time former chief minister. "If needed, we are ready to take him to Delhi. I have already spoken to his son Gaurav Gogoi," he added.

The GMCH superintendent said that Tarun Gogoi's oxygen level had dropped to 82 per cent after breakfast this morning, but it is hovering around 92-93 per cent after he was put on
oxygen support. "He is in a talking condition now, but is very tired. We are taking all care of him," the doctor said.

The octogenarian leader's condition had deteriorated on August 31 with sudden fall in the oxygen saturation level. He was then administered plasma therapy.