The Palaniswami-led cabinet had on September 9, 2018, recommended to the Governor the release of all seven life convicts in the Rajiv Gandhi assassination case. 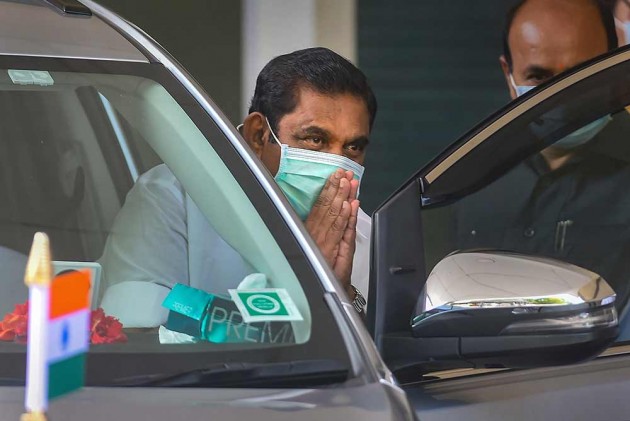 Soon after chairing a cabinet meeting in Chennai, CM Palaniswami called on the Governor to reiterate a September 2018 cabinet resolution recommending the release of the convicts.

"The chief minister took up (with the Governor) the release of the seven," Jayakumar, who among others accompanied Palaniswami, told PTI.

The Fisheries Minister said the Governor assured that he would look into the matter.

Speaking to reporters, he said the chief minister submitted a representation to the Governor, while taking up the release of the seven convicts.

The Palaniswami-led cabinet had on September 9, 2018, recommended to the Governor the release of Murugan, Santhan, A G Perarivalan, Jayakumar, Ravichandran, Robert Payas and Nalini, all serving life terms in prison for over two decades.

They were convicted in connection with the assassination of former Prime Minister Rajiv Gandhi by a suicide bomber of the outlawed LTTE at Sriperumbudur near here during an election rally on May 21, 1991.