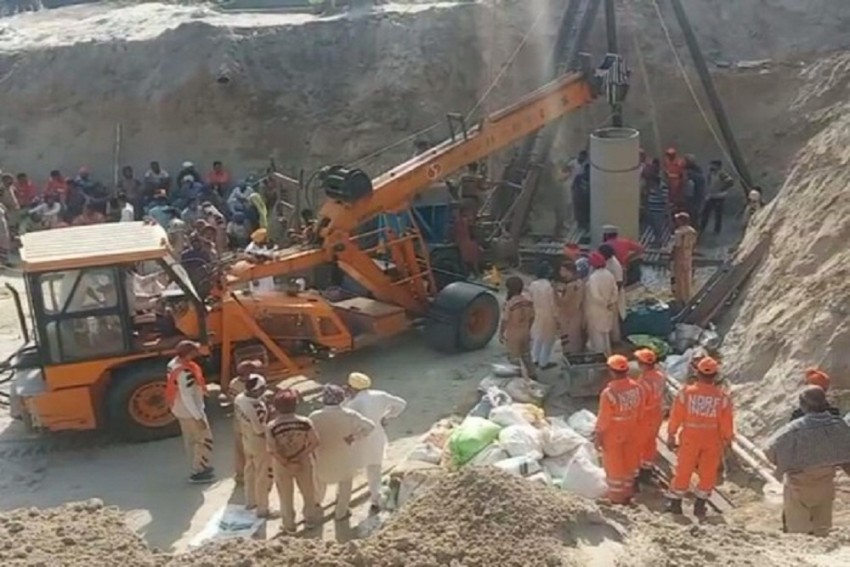 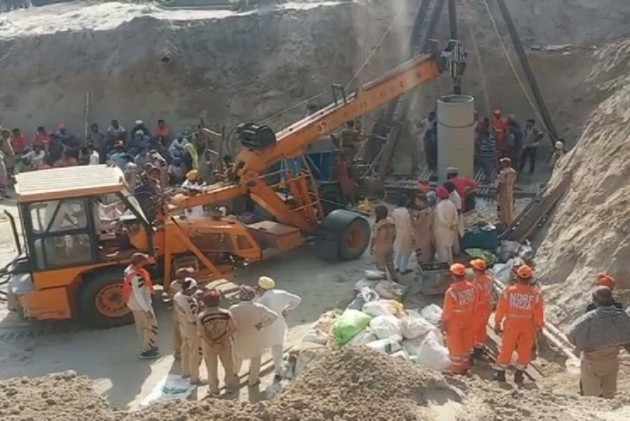 Rescue efforts to safely bring out the two-year-old boy who fell into an abandoned borewell in a village in Tamil Nadu's Tiruchirappalli district entered the fourth day on Monday, but Deputy Chief Minister O Panneerselvam assured that the operation will reach final stages within four to five hours.

The plan to rescue the toddler involves digging a parallel borewell about 90 ft hole near the borewell in which Sujith is stuck, and then send firemen into the new hole and reach out to the boy after burrowing a tunnel inside.

The effort to dig the new borewell came to a halt midway as the terrain was rocky. And, it was felt that this process could cause vibrations that may loosen the soil inside the borewell, thereby slipping the boy further down.

Highlighting that due to the presence of hard rocks in the area there is a delay in the drilling process, Panneerselvam however said, "within four or five hours, the rescue operation will reach its final stage."

The boy fell into the borewell at around 5.30 p.m. on Friday and got stuck at 30 feet. Late at night, he fell further down to about 100 feet.

Speaking to reporters, Tamil Nadu Health Minister C. Vijaya Baskar said: "The rig deployed to dig a hole near the borewell has gone to a depth of only about 40-ft owing to the rocky terrain."

He said the next course of action will be taken after discussions with different organisations.

According to reports, stronger blades that can break rocks are being sent from Chennai to be fitted in the rig.

Later, the rescue team used a special equipment 'borewell robot'. But that too was not successful.

Meanwhile, Rahul Gandhi on Sunday prayed for the child, tweeting:

"While the nation celebrates Deepawali, in Tamil Nadu a race against time is underway to save baby Surjeeth, who has been trapped in a borewell for over 72 hours now. I pray that he will be rescued and reunited with his distraught parents at the earliest."