There will be, no doubt, countless moist eyes across the country and abroad with Sushma Swaraj's passing away on August 6—a lawyer and a politician who could cut down opponents with her sharp wit as gracefully as she could endear all, from across the political spectrum. 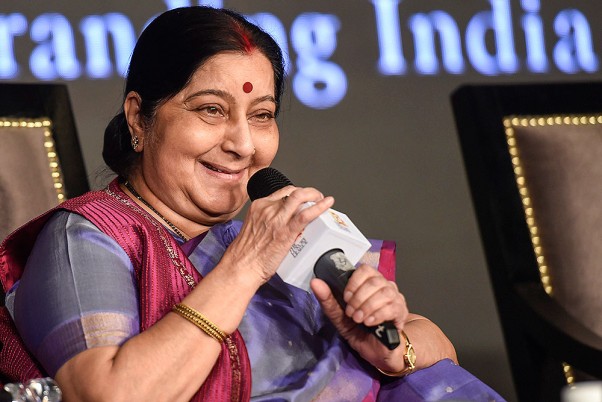 In 2017, shortly after a Pakistani toddler, Rohaan Siddiqi, underwent a life-saving surgery in India, his emotional father had sent out a message that read, “The heart of my child beats today for Madam Sushma Swaraj.” The then external affairs minister had responded with an endearing tweet, “Rohaan—keep smiling”.

Weeks later, the Wall Street Journal described Swaraj as India’s “best-loved politician” but it can also be argued that she was, and is, the best-loved Indian politician in Pakistan as well.

From prompt response to expatriates’ plea for help on foreign shores to arranging quick visas for Pakistanis seeking medical assistance in India, Swaraj will be mostly remembered for her stint as the country’s external affairs minister when she often emerged as the guardian angel for many, even at the cost of incurring the wrath of a section in India.

There will be, no doubt, countless moist eyes across the country and abroad with her passing away on August 6—a lawyer and a politician who could cut down opponents with her sharp wit as gracefully as she could endear all, from across the political spectrum.

A right-wing leader who was once the country’s youngest cabinet minister—in the Haryana government in 1977—Swaraj will be always counted among the very few women who held their own in politics, primarily a male domain in India.

In March 2013, when the BJP was in the Opposition, Swaraj was engaged with then Prime Minister Manmohan Singh in one of the most poetic exchanges in Parliament. Responding to Singh, who had quoted Mirza Ghalib, Swaraj had recited a Hindi couplet that had left Singh smiling in admiration, “Tumhe wafa yaad nahee, Humein jafa yaad nahee, Zindagi or maut ke toh do hee tarane hain, ek tumhein yaad nahee, ek humein yaad naheen (You don't remember loyalty, we don't remember disloyalty, life and death have two rhythms, you don’t remember one, we don’t remember the other).”

Swaraj, however, can rest in peace—India will never forget her bold and beautiful daughter.