Strict Action Should Be Taken Against Terror Funding In J&K: Amit Shah To Security Forces In The State

Union Home Minister Amit Shah praised efforts of the Jammu and Kashmir Police in countering terrorism and militancy, and directed that the state government should commemorate the martyrdom of its policemen in their hometowns and villages in an appropriate manner each year. 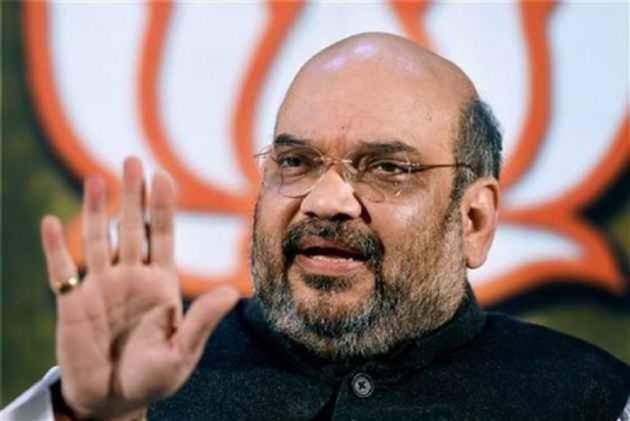 Union Home Minister, Amit Shah on Thursday impressed upon security forces in Jammu and Kashmir to show zero-tolerance towards terrorism, and take strict action against terror funding in the state.

Shah, who is on a two-day visit to Jammu and Kashmir, gave these directions during a security review meeting with top officials from the state government and the Centre. Governor Satya Pal Malik was also present in the meeting.

The home minister called for tightening the noose around terrorist activities in the state, State Chief Secretary B V R Subrahmanyam said while briefing reporters about the two-day visit of Shah.

"There should be zero-tolerance towards terrorism and terrorists. There should be continued strict action against terror funding. The Rule of Law should be enforced," Subrahmanyam said, quoting the home minister.

He praised efforts of the Jammu and Kashmir Police in countering terrorism and militancy, and directed that the state government should commemorate the martyrdom of its policemen in their hometowns and villages in an appropriate manner each year.

"Prominent public places should also be named after martyred policemen," Shah said in the meeting.

The home minister also reviewed the preparations for Amarnath Yatra, which will start from July 1.

"The review focused on the preparations made so far by security forces in this regard, the improvements made in the arrangements as compared to the previous years and any further requirements of security forces. The review also examined the administrative and other arrangements made for ensuring smooth conduct of the yatra," the state chief secretary said.

Shah stressed that there should be no laxity in the enforcement of the standard operating procedures (SOPs), and senior officials should personally supervise the arrangements for the yatra at all levels, he said.

"Forces should ensure best possible optimum use of latest technologies and the gadgets not only for the security of the yatra but also to facilitate the movement of the devotees and the tourists," Subrahmanyam said, quoting the home minister.

Shah specifically drew attention of the forces towards anti-sabotage, as well as anti-subversion drills and the access control procedures.

The Union home minister reassured his commitment towards best possible arrangements during the yatra.

During the meeting, the agencies gave a detailed briefing on the security scenario in the state, the results of the last one years' efforts in containing militancy and their future plans, the chief secretary said.