Lauding Prime Minister Narendra Modi for scrapping Article 370, Athawale said: 'Pakistan has been unable to digest this and has tried to unsuccessfully rake up Kashmir issue once again.' 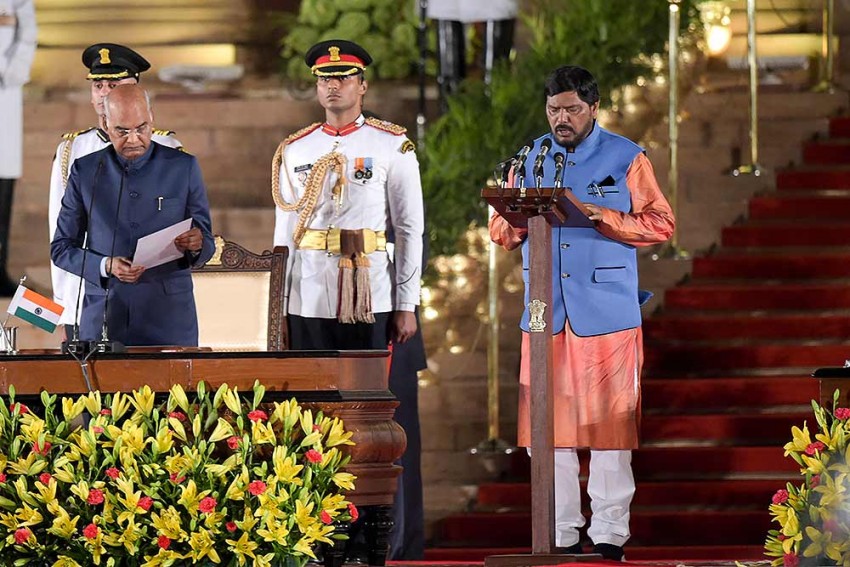 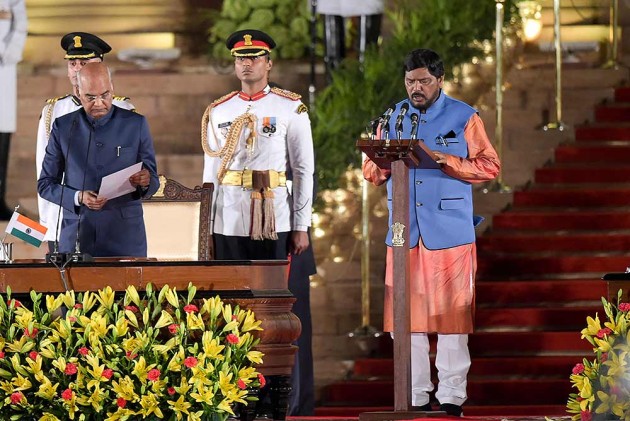 Union Minister Ramdas Athawale on Friday issued a warning of sorts to Pakistan, saying it was in the latter's interest to hand over PoK to India, adding several reports suggest people in the territory were unhappy and didn't want to remain a part of it.

Lauding Prime Minister Narendra Modi for scrapping Article 370, Athawale said: "Pakistan has been unable to digest this and has tried to unsuccessfully rake up Kashmir issue once again. Pakistan should now hand over PoK to us and it is in Pakistan's interest to do so."

"If they hand over PoK to us, we will set up many industries there. We will also help Pakistan in trade and help fight poverty and unemployment," said the minister of state for social justice and empowerment.

He said there are several reports point out that people in PoK are unhappy and they want to be part of India.

Athawale, also the chief of Republican Party of India, a BJP ally, said Pakistan should not indulge in war-mongering and also not issue veiled threats.

"Our Army is strong and we have defeated them in wars like Kargil they thrust upon us," he said.

Athawale said after Article 370 was scrapped and Jammu and Kashmir was bifurcated into two Union territories, there is complete peace in the Valley.

He said the move will accelerate the pace of development in Jammu and Kashmir as Central schemes and laws, which could not be implemented earlier, will now be enforced.

The minister said the UT status of J&K is temporary and the statehood will be restored once the situation fully normalises.

"The UT status in J&K will not be a permanent feature," he said.

Replying to a question on whether his party will fight Haryana Assembly polls, Athawale said they will contest on ten of the 90 seats.

"Elections are shortly going to be held in Haryana, Maharashtra and Jharkhand. In Maharashtra, RPI has sought ten seats out of 288 seats. In Haryana, we have a small presence but we are getting the support of various communities like Rajputs and Muslims.

"As RPI is not very strong in Haryana, BJP will not leave any seats for us. But we want to contest ten seats in the state and we will fight these number of seats. At other places, we will support BJP," he said.

Asked if his party will put up candidates against ally BJP in Haryana, he evaded a direct reply, saying, “we will fight against the Congress”.

Asked if his party will then act as BJP's “B team”, Athawale said, “If our candidates stand in the contest, the BJP will benefit. And those candidates of ours who will be elected will support the BJP government. We are not going to put up candidates in Haryana to cause loss to the BJP, but it will be for their gain”.