AAP leader Sanjay Singh has alleged that the Ram Temple trust’s general secretary Champat Rai had bought land worth Rs 2 crore at an inflated price of Rs 18.5 crore in Ayodhya 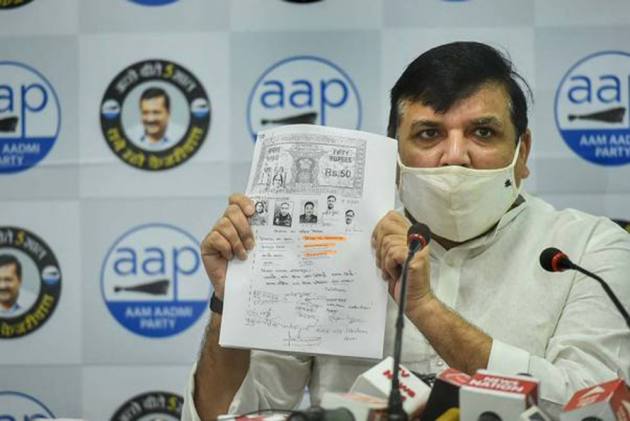 Aam Aadmi Party (AAP) leader Sanjay Singh on Saturday said that he has written to Rashtriya Swayamsevak Sangh (RSS) chief Mohan Bhagwat requesting for an appointment so that he can handover all “proof” of the alleged corruption carried out by the Ram Temple Trust in Ayodhya.

His statement comes days after the Samajwadi Party and the AAP accused Shriram Janmabhoomi Teerth Kshetra Trust general secretary Champat Rai of buying a piece of land worth Rs 2 crore at an inflated price of Rs 18.5 crore for the Ram temple premises with help from Trust's member Anil Mishra.

While the members of the Trust have denied any wrongdoing, Sanjay Singh had earlier this month sought a probe into the matter by the Central Bureau of Investigation and the Enforcement Directorate.

On Saturday, Singh said that Bhagwat, who claims to be the "upholder of Hinduvaad" should take note and objectively clear his stand on the allegations.

"I have written a letter to RSS chief Mohan Bhagwat ji and have asked for time to meet him. I will hand over all these documents as proof of the scam related to land and corruption by the BJP and the members of the trust to him," Singh said.

He further said that even though the alleged corruption in the land deal is in the public eye, "where are all the investigation agencies and why are they not acting".

"The prime minister (Narendra Modi) convened a meeting with the members of the trust today. Did he ask why the scam happened and why is the construction of the temple halted?" the Rajya Sabha MP posed.

Singh and Pandey had alleged money laundering in the deal and demanded a probe by the Central Bureau of Investigation (CBI) and the Enforcement Directorate (ED).

The Shriram Janmabhoomi Teerth Kshetra Trust's general secretary Champat Rai strongly dismissed the allegations, claiming the land was purchased at a price much lower than the prevailing market rate.