Home  »  Website  »  National  »  Some People Have Issue With Anything Done To Ensure Transparency: PM Modi's Dig At Opposition Over Electoral Bonds

Some People Have Issue With Anything Done To Ensure Transparency: PM Modi's Dig At Opposition Over Electoral Bonds

Narendra Modi's remarks were his first since the issue of electoral bonds snowballed into a political flashpoint following a report that RBI and the Election Commission had reservations against the bonds but were overruled by his government. 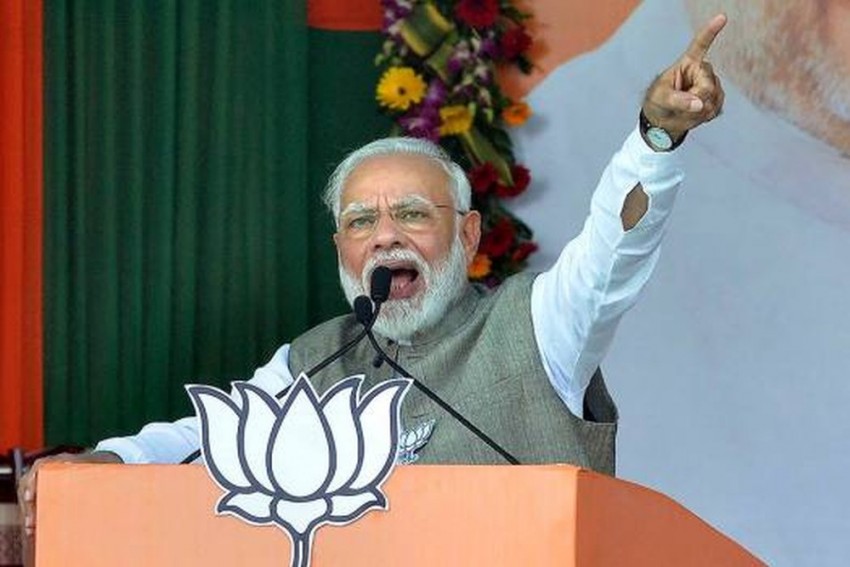 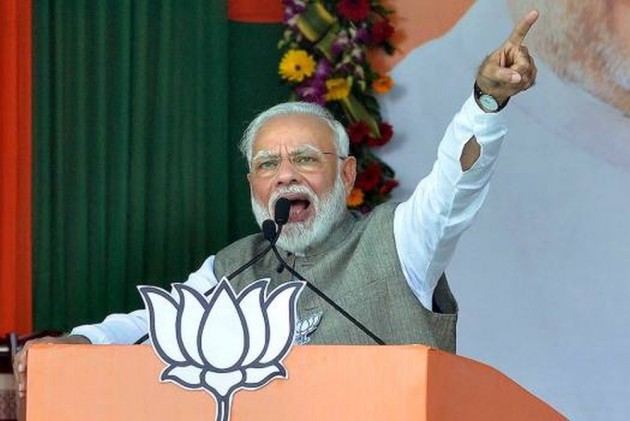 In an apparent dig at the Opposition, Prime Minister Narendra Modi on Tuesday said some people have issues with anything that is undertaken to ensure transparency and these days electoral bonds have become "their favourite topic".

Modi's remarks were his first since the issue of electoral bonds snowballed into a political flashpoint following a report by a news portal that the Reserve Bank of India and the Election Commission had reservations against the bonds but were overruled by his government.

In an apparent swipe at the Congress, Modi also said the "sensitive and emotional" Ayodhya issue could have been solved much earlier, but due to "vote bank" politics of some parties it got dragged for so long.

Modi, while addressing Republic TV Summit, said Article 370 that gave special status to Jammu and Kashmir was a temporary provision in the Constitution from day one but due to the "political selfishness of some people and families", it was considered as permanent.

Taking a dig at the Opposition led by the Congress, he said that there was a pattern to some people raising issues just before every parliamentary session.

"These people resort to some or the other lies and then it is imposed on everyone. If you recall that some people resorted to chaos over NPAs (non-performing assets)... there was a pattern," he said.

"Before the session, news is planted or made a breaking news. There was a similar pattern in NPAs, EVMs, Rafale (fighter jet deal) and a few days back when the government cut down the corporate tax, they again started," Modi said.

"These days election (electoral) bonds has become their favourite topic. Some people have issues if anything happens in the country to ensure transparency," he said.

Modi spoke at length about the two important developments about his government's second term -- abrogation of Article 370 provisions and the Supreme Court verdict in the Ayodhya case.

Asserting that uncertainty caused due to Article 370 gave a boost to those spreading separatism in J&K, Modi said his government by removing Article 370 and 35A reestablished the supremacy of the Constitution.

"Now in Jammu and Kashmir, and Ladakh new development avenues have begun to open," he said.

"You know what India has suffered because of Articles 370 and 35A and you have also seen how this challenge has been resolved," Modi said, referring to his government's abrogation of Article 370 in Jammu and Kashmir and bifurcation of the state into two Union territories.

Taking an apparent dig at the Congress, Modi said those governments that had been in power earlier did not show the will to solve the Ayodhya issue.

"They were looking at this as a vote bank issue and so made efforts to stall it in various courts. There was no reason that this dispute would not have been solved earlier, but due to the selfish politics of some parties and groups the Ayodhya dispute got dragged for so long," Modi said.

If they would have had their way, this issue would not have been solved ever, he said.

His remarks come after the Supreme Court, in its verdict in the Babri Masjid-Ram Janmabhoomi title case on November 9, said the entire 2.77 acres of disputed land in Ayodhya should be handed over to the deity Ram Lalla, who was one of the three litigants.

"To promote their politics they kept on dragging important issues. Some people always created an artificial logic of fear...to justify their actions," he said.

The issue of triple talaq was stretched for too long and also poor people weren't given economic reservation, he said.

Political parties used fears of the people to get votes for a long time, Modi said.

"Today is the anniversary of 26/11 attacks as well. Today, India is fighting with added vigour against terrorism," he said.

Every logic that used to save terrorists from punishment has been defeated, Modi said.

Hitting out at the Opposition, he said, "Had it been their way, the GST would not have been implemented in the country as well. It was considered a huge risk. A lot of governments have tumbled in the world due to this."

"On basic amenities for common people, average tax has been halved for about 99 per cent products due to GST. There was a time when electronic devices were taxed 31 per cent. Today it stands at 10-12 per cent only," he said.

Modi also listed a host of other achievements of his government and underlined all of it was possible because of "our nation-first" ideology.

In the last five years, the entire nation has witnessed a transformation, Modi said.

"Five years ago, there were only questions in public and in media. Corruption worth crores and lakhs, blockade in North East, terrorist attacks used to be the order of the day," he said.

"The country has moved ahead from that. We have moved on from problems to solutions. Problems that have lingered for decades have been solved," he said.