Manmohan Singh said that while crisis due to coronavirus was an external shock for the country, the riots in Delhi and worsening economy were self-inflicted injuries. 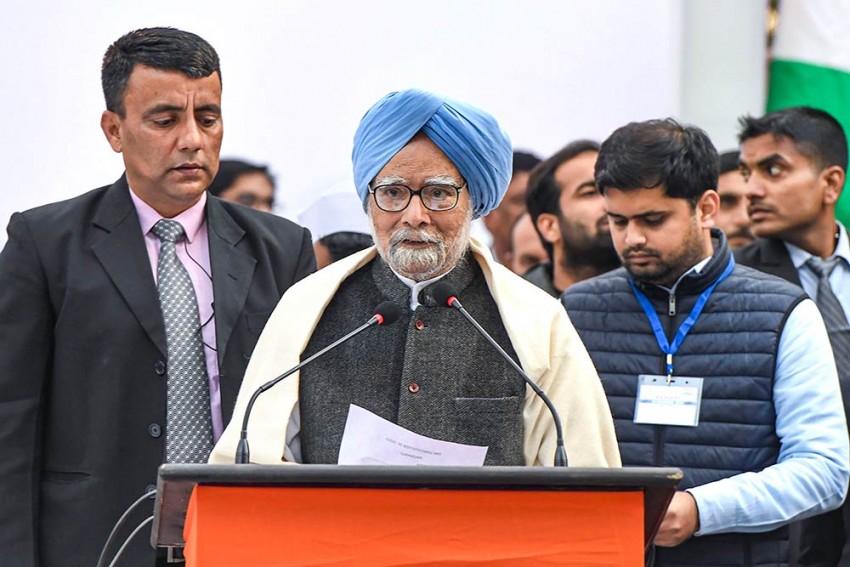 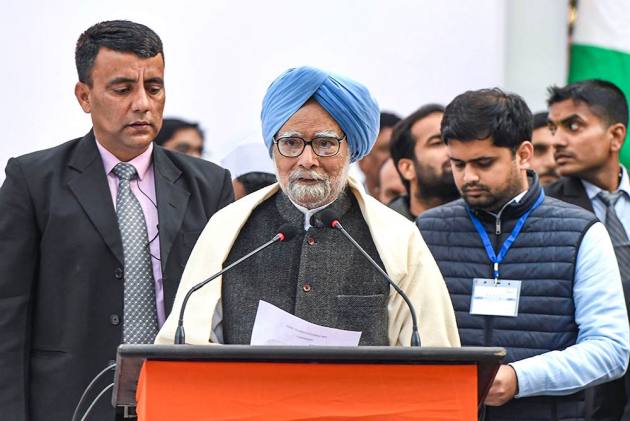 Former Prime Minister Manmohan Singh on Friday said the country has become a majoritarian state in economic despair expressing concern over the possibility of coronavirus causing further decline in the economic growth and called for the need of the government to put together a detailed and meticulous plan to boost consumption demand and revive the economy.

"India faces imminent danger from the trinity of social disharmony, economic slowdown and a global health epidemic. Social unrest and economic ruin are self-inflicted while the health contagion of COVID-19 disease, caused by the novel coronavirus, is an external shock. I deeply worry that this potent combination of risks may not only rupture the soul of India but also diminish our global standing as an economic and democratic power in the world," wrote the former Prime Minister in a national daily column published on Friday.

He said that while crisis due to coronavirus (COVID-19) was an external shock for the country, the riots in Delhi and worsening economy were self-inflicted injuries.

As part of reforms, the government should put together a detailed and meticulous fiscal stimulus plan to boost consumption demand and revive the economy he opinionated.

In the column, the former PM wrote that social unrest will only worsen the economic slowdown in the country. Calling social disharmony and economic slowdown, self-inflicted wounds, he also pointed to the threat posed by COVID-19 epidemic.

Regardless of whether this virus will enter our shores on a large scale or not, it is now evident that the economic impact of COVID-19 will be very big. International bodies such as the World Bank and the Organization for Economic Co-operation and Development (OECD) have already pronounced a sharp slowdown in global economic growth. There are reports that China's economy may even contract, which, if it happens, will be the first time since the Cultural Revolution of the 1970s. China today accounts for nearly a fifth of the global economy and a tenth of India's external trade. The forecast for the world economy is quite dire.

This is sure to impact India's economic situation too. Millions of small and medium businesses in India that account for more than three-quarters of all formal employment are part of the global supply chain. In such an integrated global economy, the COVID-19 crisis can further slow India's GDP growth by half to one percentage point, other things being constant. India's economic growth was already tepid and this external health shock is bound to make things much worse, he wrote.

Referring to the social unrest due to CAA resulting in lesser investment for India, he wrote "At a time when our economy is floundering, the impact of such social unrest will only exacerbate the economic slowdown. It is now well accepted that the scourge of India's economy currently is the lack of new investment by the private sector. Investors, industrialists and entrepreneurs are unwilling to undertake new projects and have lost their risk appetite. Social disruptions and communal tensions only compound their fears and risk aversion.

"Social harmony, the bedrock of economic development, is now under peril. No amount of tweaking of tax rates, showering of corporate incentives or goading will propel Indian or foreign businesses to invest, when the risk of eruption of sudden violence in one's neighbourhood looms large. Lack of investment means lack of jobs and incomes, which, in turn, means lack of consumption and demand in the economy. A lack of demand will only further suppress private investments. This is the vicious cycle that our economy is stuck in", the post read.

He said that India needs to be prepared to deal with Covid-19 regardless of the magnitude of the impact and must brace itself for the economic shock emanating from it. He listed out a three-point plan for the Narendra Modi government to deal with various sorts of crisis prevailing in the nation. He said that first and foremost the nation must prepare itself to deal with COVID-19. Second, the government must either withdraw or amend the Citizenship Amendment Act and end the toxic social climate in the nation. And lastly, the government needs to put together a detailed and meticulous plan to boost consumption demand and revive the economy.

He recalled the crisis of 1991 when the nation faced economic slowdown due to balance of payments and the rising oil prices due to the Gulf war. He said that people at the helm then were able to turn the crisis into an opportunity by bringing in drastic reforms to revive the economy.

He said that he did not want to spread panic but it was his duty to speak the truth. He said the situation in the country was grim and the India that all of us knew and cherished was slipping away.