The decision to restore SMS services comes a day after five political leaders belonging to National conference (NC), Congress and PDP were released from detention. 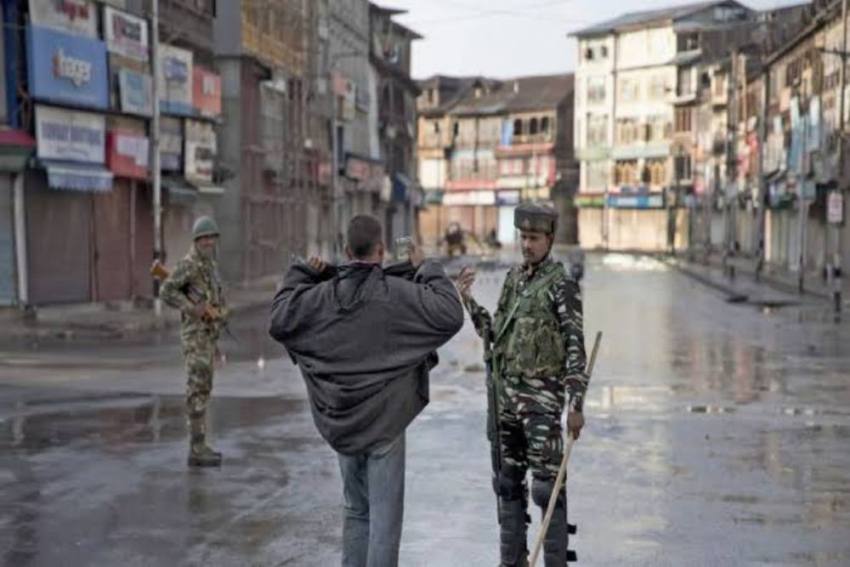 In this file photo, a security guard checks a local in one of the heavily-guarded areas of Jammu and Kashmir.
Outlook Web Bureau December 31, 2019 00:00 IST Internet In Govt Hospitals, SMS Services In Kashmir Valley To Be Restored On December 31 Midnight 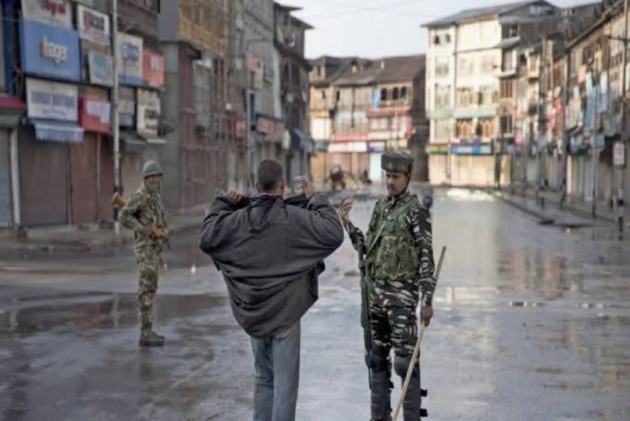 The J&K administration on Tuesday announced that SMS services will be restored in the Kashmir Valley from December 31 midnight, adding that broadband internet services will also become operational in all government-run hospitals.

The restoration of these services comes five months after their suspension following the Centre's move to strip the state of its special status under Article 370 of the Indian constitution.

"It has been decided to restore internet connectivity to all government hospitals with effect from midnight December 31, 2019," Rohit Kansal, Principal Secretary, J&k, told media persons.

Kansal further said that the short messaging services (SMS) on mobile phones will also be restored in Kashmir Valley from midnight.

On Monday, five political leaders belonging to National conference (NC), Congress and PDP were released after five months in detention.

Jammu and Kashmir had been under a lockdown ever since the Centre revoked Artilce 370 in August 2019. The administration lifted restrictions on the movement of people and telecommunication services gradually, but internet services still remain suspended. The government has often justified its decision saying the internet was being used by anti-social elements to spread rumours and create a ruckus in the state.

While senior Abdullah was slapped with the stringent Public Safety Act on September 17 and remains confined to his residence, Omar Abdullah and Mufti are under detention at different locations in the city.

Mufti was recently shifted to a government accommodation in the city from a tourist hut located at the foothills of Zaberwan range.

The PSA of Abdullah was reviewed on December 15 and it was agreed that he would continue to remain in detention for another 90 days.