Rahul Gandhi is holding a series of tractor rallies named 'Kheti Bachao Yatra' across the Congress-ruled northern state to protest against the three farm laws being seen as major reforms in the agriculture sector. 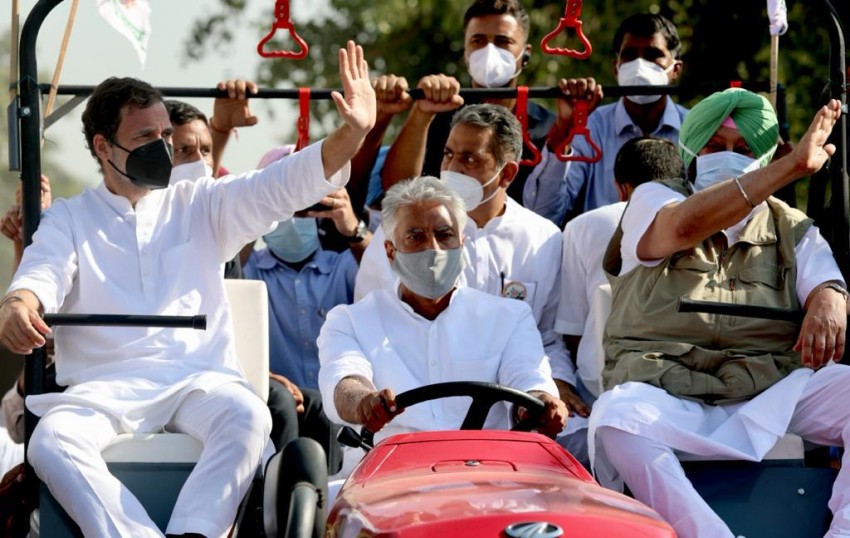 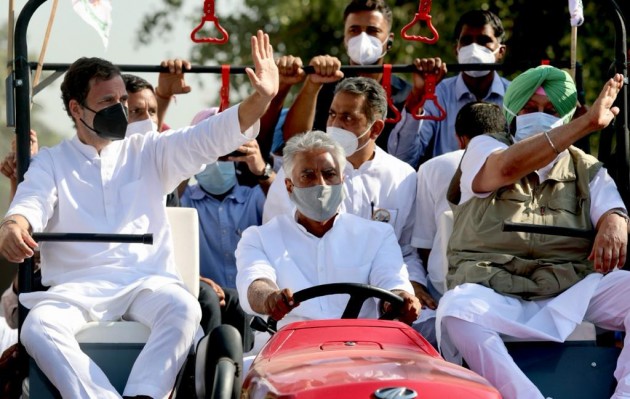 Union Minister Smriti Irani on Monday ridiculed Congress leader Rahul Gandhi as a "VIP kisan" after photographs showed him sitting on a cushioned seat on a tractor during his party's protest rally in Punjab against the Centre's new farm laws.

"He is someone who uses a sofa to sit on a tractor. A VIP kisan like him can never support a system which is meant to free small and marginal farmers from the clutches of
middlemen," Irani, who had defeated Gandhi in Amethi in the 2019 Lok Sabha polls, said here.

Speaking to reporters at the Gujarat BJP headquarters, the Union textiles and women and child development minister hit out at Gandhi over his comment that the Congress, if voted to power, would scrap the contentious legislations.

"His dream of coming to power will never be fulfilled," the BJP leader said, adding "it is not in his nature to respect parliamentary traditions" as he had torn an ordinance (to protect convicted lawmakers) brought in by the Congress-led UPA government, referring to a 2013 incident.

"You cannot expect him to respect our Parliament," Irani asserted.She said the new laws give farmers the right to sell their produce to anyone, anywhere at the price he deems fit, but the Congress got rattled as its politics is about keeping cultivators dependent on middlemen.

Irani claimed people are unable to understand why the Congress was against laws that would ensure farmers get fair and quick payment for their produce.

President Ram Nath Kovind has given his assent to the Farmers' Produce Trade and Commerce (Promotion and Facilitation) Bill; Farmers' (Empowerment and Protection) Agreement of Price Assurance and Farm Services Bill; and Essential Commodities (Amendment) Bill, which were passed by Parliament last month.

The Modi government claims these laws will boost growth in the agriculture sector, but critics say the reforms would lead to the exploitation of farmers by big private companies.