Local residents setting fire to dry grassland in the hope of better crop next season could be a factor, say officials 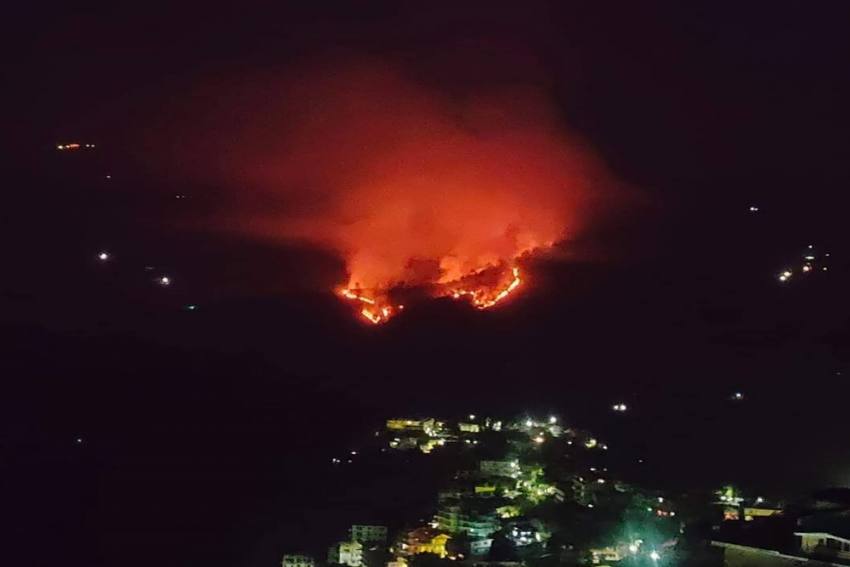 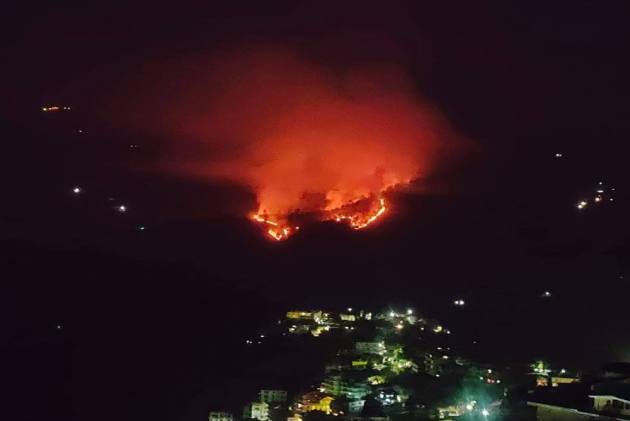 The forests are on fire once again in Shimla, its surroundings and some of the vulnerable sites –both grasslands and chir pine forests in Himachal Pradesh.

Several people next to the burning forests have posted devastating pictures of the raging fires and smoke emitting from the places.

The forest officials, tracking these fires, claimed that most of the incidents are man-made and could be deliberate.

A few FIRs, including one in Shimla’s neighbouring lower forest hills of Kacchi-ghati, have been lodged.

But the prolonged dry spell in the region is also being cited as one of the factors resulting in huge loss to the forest wealth in the districts of Shimla, Solan, Mandi, Sirmaur, Bilaspur, Kangra and Hamirpur during the past two months.

As many as 476 fires were reported during the past fortnight causing a loss to forest wealth in an area of 4,555.35 hectares.

The highest number of forest fires reported was from Bilaspur district with 90 cases till Thursday followed by Mandi with 82 cases and Dharamshala – headquarters of Kangra – reporting 62 fires between April 1 and 15.

Chief conservator of forests (forest protection and fire control) D.R. Kaushal said the department has put in place a robust system to control and combat the fires.

“Many of these fires are caused by local people who set fire to dry grassland (ghasins) in the hope of getting a better harvest next year. The fires spread to the forests and sometimes become uncontrollable. Thus, forest wealth worth several crores of rupees get reduced to ashes and also causes an impact on the ecology and wildlife,” he said.

Former Shimla mayor Sanjay Chauhan ,who was the first to raise an alarm posting pictures of a fire at Junga forests earlier and then near Tuti-kandi, Taradevi and Ghanahatti areas on Thursday, said smoke rising from these fires is causing huge environmental damage to Shimla, a town already struggling with nearly 700 active cases of Covid-19.

“The smoke engulfing the town is causing breathlessness and may soon turn into a health hazard if the fires are not controlled immediately,” he said.

He reminded that the forest adjoining Kufri wildlife sanctuary is one of Asia’s biggest green covers. One of the drinking water sources for Shimla is also located here. Thus, it’s imperative to douse the fires.