The farmers plan to intensify their boycott campaigns and seek public support on December 26, says All India Kisan Sabha leader 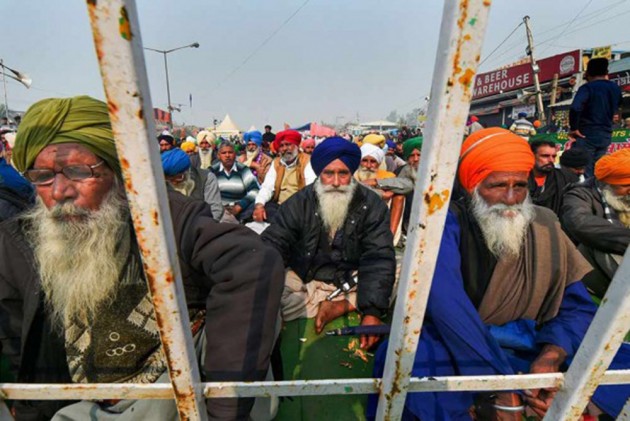 Hundreds of farmer groups, agitating at the four main border posts to Delhi have urged citizens of the country to skip their lunch on Wednesday December 23, which is also “Farmers Day”, to show their support and put pressure on the government to heed their demands for repeal of the three new farm laws and making MSP mandatory on all private sector buyers of farm produce.

“Following up on the rallies held in Mumbai near Adani and Ambani outlets on Tuesday (December 22), the farmers plan to intensify their boycott campaigns and seek public support on December 26,” says Hannan Mollah, general secretary, All India Kisan Sabha, which is an umbrella for over 500 farmer groups.

Mollah stresses that the agitation will continue till the government shows willingness to hear their demands. “So far, the government has not heeded our demands, which has remained unchanged for the last seven months. The government on the other hand has been trying to force its agenda on farmers with the help of media,” he alleged.

The farmers are seeking public participation in their agitation by requesting people to forsake their lunch on Kisan Diwas in the support of annadatas (as farmers are often referred to). They are hopeful of winning more support of the common man for their cause, “which people well understand despite the government campaign to malign our cause.”

The farmers claimed that contrary to the government contention nobody apart from farmers who sold their crops to the government agencies benefited under the new market-driven regime ushered in with the passage of the three “contentious farm bills, which were hastily passed in Parliament without any discussions with us”.

Political sources admitted that with farmers showing no signs of withdrawing their demands and continuing their peaceful demonstration at Delhi borders, the government’s unbending stance has dented the image of the Prime Minister. This has resulted in the government offering to allow rule-based sale of farm produce outside the APMC yard with the state government being allowed to levy normal mandi charges.

As a political observer noted, the dilution of the laws, which are interlinked in many ways, may result in nullifying the legislations. It is, however, still too early to say whether and when the government and the farmers will finally reach a settlement.

“In every negotiation, there has to be a face saver for both sides to back down. This is part of the ongoing efforts to ensure long term victory for farmers without the central government seeming to lose face,” one of the negotiators speaking up for both sides observed.

As things stand, the farmers have a long window of over three months before the wheat crop in Punjab and Haryana will be ready to be harvested. Majority of agitating farmers on Delhi borders are from these two states, though increasing number from states like Rajasthan, UP, Madhya Pradesh and Maharashtra have arrived at the protest sites to lend support.

Prof Himanshu of JNU is not very optimistic that the government will dilute the stance it has taken despite five rounds of talks with farm leaders. An agriculture expert, Himanshu is not sure how long or what turn the agitation will take. Much depends on whether the government will precipitate any action or whether public sympathy for farmers sitting in tents in the current cold wave will hold sway. “Ideally if the amendments proposed by the government are accepted by the farmers, the government may as well withdraw the new legislations as they would have become redundant,” said Himanshu.

Implicit in the amendment proposal given late last week to farmers is that the central government is willing for the state governments to have some control over sales outside the APMC yards through deals that will have to be registered or recorded as they would be taxed. Regulation of trade both within and outside the mandis would help the government gain a bargaining chip and may help appease the farmers' anxiety that they would be cheated of a fair return for their produce unless MSP is made mandatory for private buyers.

On the issue of big corporates and traders indulging in hoarding, resulting in artificial shortage and price rise, if past experiences are anything to go by, there will be a price to be paid by everyone including the government.