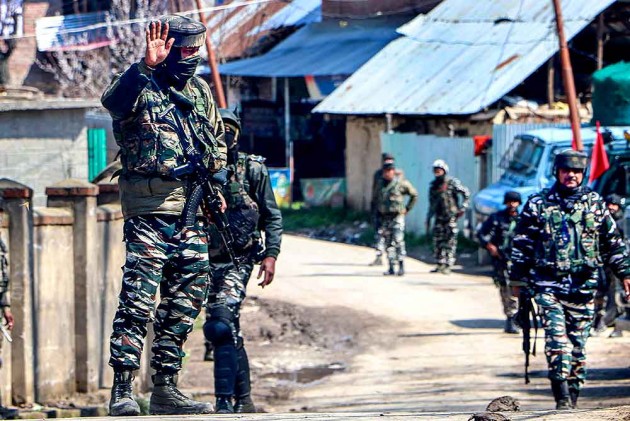 On one hand, the Jammu and Kashmir police say two militants killed early Friday morning in South Kashmir are unidentified. On the other, two families of the area claim the killed militants to be their kin and accuse the police of burying them secretly in North Kashmir.

Early Friday morning, two militants were killed in a gunfight with security forces in Keegam area of south Kashmir’s Shopian district. Police said the duo remains unidentified and did not reveal their names.

On receiving specific information, 44 Rashtriya Rifles, a special operation group made up of soldiers from different divisions of the Indian Army, cordoned Dairoo village in Keegam last night, police said. As the security forces zeroed in toward the house where the the militants had taken shelter, they were fired upon. “The fire was retaliated, triggering an encounter. Two militants were killed in the encounter,” a police official said.

Senior Superintendent of Police from Shopian district, Amrit Paul Singh, told Outlook that the militants were unidentified and the claimants have been informed that they should contact deputy commissioner for medico-legal formalities. The deputy commissioner was not available for comment.

“From his hiding place, my brother Asif Ahmad Dar called me and said that he had been trapped. I informed the concerned police officer that once the encounter is over, their bodies should be handed over to us. I told him I got a call from my brother who is trapped and gave him number his number as well,” said Rafiq Ahmad Dar, brother of one of the encountered militants. However, later when the families went to the police station to collect the bodies, they claim they were told that the killed militants have not been identified and they were not shown the bodies. They were informed that the bodies have been sent to Uri for the burial, Rafiq said. He added that his brother was pursuing BA when he joined militancy early last year.