Governor Lalji Tandon had summoned all Raj Bhavan staff to begin preparations for a small ceremony. BJP workers were told not to throng to the Raj Bhavan. 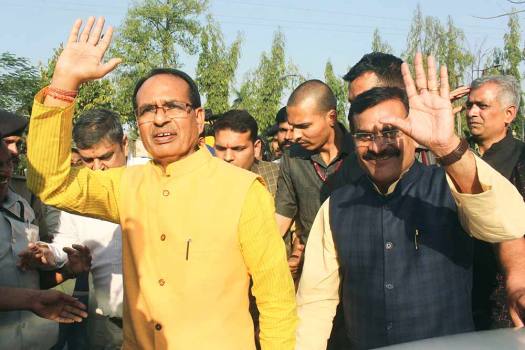 The BJP Legislative Party meeting was held today at 6 pm at the party headquarters in Bhopal, following which party Chouhan took oath as the CM.

Governor Lalji Tandon summoned all Raj Bhavan staff to begin preparations for a small ceremony. BJP workers were told not to throng to the Raj Bhavan.

Congress leader and former CM Kamal Nath had on March 20 tendered his resignation to Governor following the resignation of 22 Congress MLAs.

Governor Tandon had on Sunday written to Assembly Speaker NP Prajapati, stating about the no-confidence motion brought by the BJP against him and the resignation of BJP MLA Sharad Kol.

Chouhan on Saturday alleged that Speaker Prajapati was pressuring the Secretariat to accept the resignation of Kol.

Congress government received a blow when its former member Jyotiraditya Scindia tendered his resignation along with 22 other MLAs and defected to the BJP.

The Congress fell short of numbers to prove its majority. Ahead of the Floor Test directed by the Supreme Court, Kamal Nath resigned from the post of CM.

Coronavirus: Cases In India Rise To 468; 19 States, UTs Under Lockdown