'My wife has that much strength and moral authority that she will never lie. This is my answer,' Navjot Singh Sidhu said when asked about his wife's allegations. 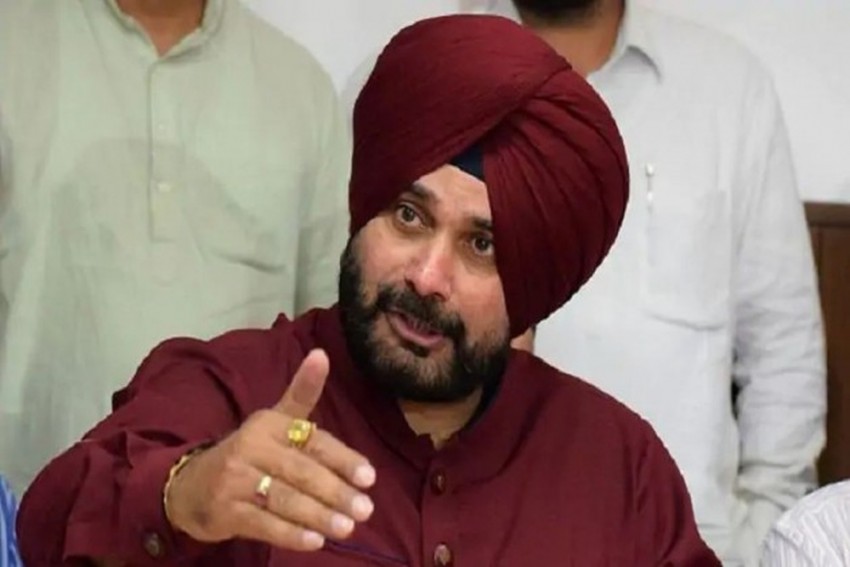 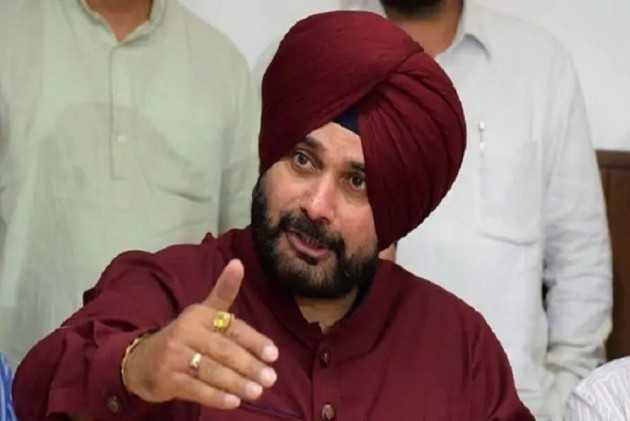 Days after his wife Navjot Kaur Sidhu stirred up a controversy by alleging that Punjab Chief Minister Amarinder Singh and senior Congress leader Asha Kumari ensured that she was denied the Lok Sabha ticket from Amritsar, Navjot Singh Sidhu Thursday backed her accusation, saying she would "never lie".

"My wife has that much strength and moral authority that she will never lie. This is my answer," Navjot Singh Sidhu, who is Tourism and Culture minister, said when asked about his wife's allegations.

However, denying the charge, the chief minister said in Patiala that she had been offered Congress ticket from Amritsar or Bathinda seat, but she refused it.

Singh also said he had no role in denying ticket to Kaur from Chandigarh Lok Sabha seat, saying ticket allocation was done by the Congress high command in Delhi and they chose Pawan Kumar Bansal.

On May 14, Congress leader and former MLA Navjot Kaur Sidhu had alleged that it was Amarinder Singh and party's Punjab affairs in-charge Kumari who ensured that she does not get the party ticket from the Amritsar parliamentary constituency.

Kaur, who had also been seeking ticket from the Chandigarh Lok Sabha seat, had alleged that the chief minister had claimed that he alone was capable to lead the Congress to victory on 13 parliamentary seats in the state.

"Capt Sahab and Asha Kumari think that Madam Sidhu (Navjot Kaur) does not deserve an MP ticket. My ticket from Amritsar was denied on grounds that I could not win because of a train accident in Amritsar on Dussehra (in October last year which left 60 people dead). Madam Sidhu cannot win, this was said by Capt and Asha Kumari," she had told reporters in Amritsar.

Further hitting out at Amarinder Singh and Kumari, she had also said they think that the Sidhu couple is not capable to "do some benefit for Punjab".

The simmering tension between the cricketer-turned-politician Navjot Singh Sidhu and the chief minister had come out in open on a few occasions in the past.

Amarinder Singh had earlier disapproved of Sidhu hugging Pakistan army chief during his visit to the neighbouring country.

Sidhu slammed Badals over the issue of farm debt waiver, claiming that the previous SAD-BJP government had failed in settling a single rupee of farmers' loan despite bringing an act -- the Punjab Settlement of Agricultural Indebtedness Act, 2016, -- for it.

"Positions lying vacant in most of debt settlement forums at district level were not filled. Nothing had happened during the previous regime. It showed their intent and lack of interest in protecting farmers," he said.

"They spent Rs 1.50 crore on advertisement of the settlement of debt. But not even a single rupee was settled," he claimed.