Home  »  Website  »  National  »  Sharjeel Planned To Use Tharoor’s Book 'Why I am A Hindu' To Give Secular Touch To Anti CAA-Movement: Delhi Police

Sharjeel Planned To Use Tharoor’s Book 'Why I am A Hindu' To Give Secular Touch To Anti CAA-Movement: Delhi Police

Sharjeel Imam is one of the accused who, according to police, hatched a pre-meditated conspiracy to organise communal riots in North-East Delhi. 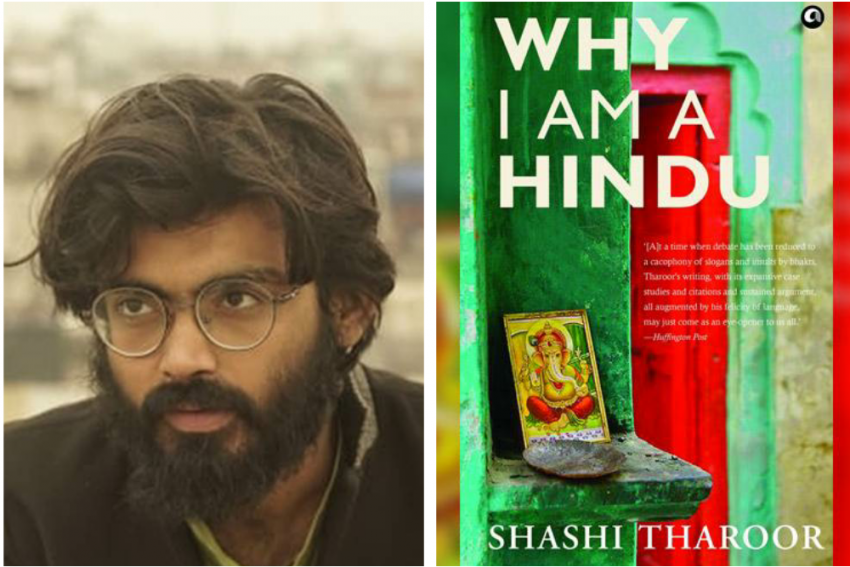 (L) Sharjeel Imam ( File photo) & (R) Shashi Tharoor's Book Cover- Why I am Hindu
Jeevan Prakash Sharma September 22, 2020 00:00 IST Sharjeel Planned To Use Tharoor’s Book 'Why I am A Hindu' To Give Secular Touch To Anti CAA-Movement: Delhi Police 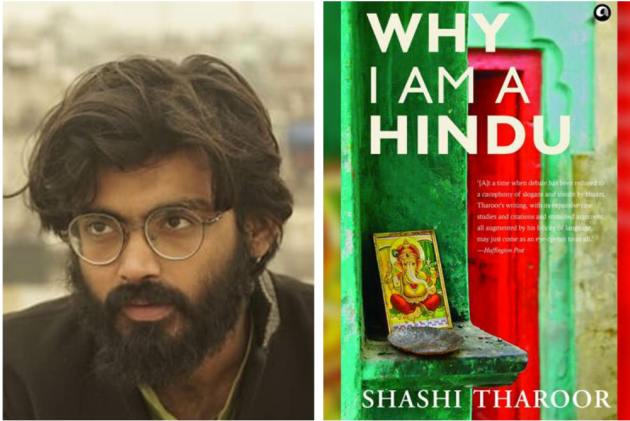 Delhi Police in its charge-sheet filed against Ex-JNU student Sharjeel Imam has alleged that he and his friends had planned to use Congress leader Shashi Tharoor’s book “Why I am a Hindu” to “cover the communal contours of the agitation.”

Sharjeel Imam is one of the accused who, according to police, hatched a pre-meditated conspiracy to organise communal riots in North-East Delhi.

To establish his role, police has majorly relied on his speeches, contents of pamphlets prepared to circulate in mosques and WhatsApp group chats among others.

The police have given references of communication circulated in WhatsApp group chat which Sharjeel had allegedly created.

In one chat, one of the members circulated a message on December 12, 2020, which says, “Cool, Shashi Tharoor should come and go as he wishes. Uski Kitab “why I am a Hindu” ka book stall bhi laga dete hai Phir pakka koi anti hindu nahi bolega. Sahi hai na?” (Let’s have a bookstall of his book “Why I am a Hindu” then no one will say we are anti-Hindu. Isn’t it ok?)

The Delhi Police have mentioned another chat in which members were talking about making pamphlets for circulation.

The police allege that this particular chat establishes that “conscious efforts were made to propagate falsehood in the Muslim community to instigate them against CAB and NRC on religious grounds by specifically choosing mosque for the dissemination of this false narrative so that the Muslim community immediately comes into protest mode and start protesting.”

In the charge-sheet, the police have also alleged that soon after the Union Cabinet cleared the Citizenship (Amendment) Bill, 2019 on December 4 for introduction in Parliament, Sharjeel decided to protest the bill.

“He not only convinced the students but also created a WhatsApp group by the name ‘Muslim Students of JNU’ to rise against CAB/NRC in one voice,” Delhi Police has claimed.

It further added, “It is worth mentioning here that the signature was obtained on 05.12.2019 but the group was created on 06.12.2019 to coincide with Babri Masjid demolition so as to give it to a strong communal fervour.”

Sharjeel's lawyers and his family members have rubbished all these allegations at various stages of court hearings and media interviews.

At present, Sharjeel is an accused in three different cases – (a) for an alleged seditious and inflammatory speech at Jamia Millia Islamia on December 13, (b) for seditious speech in Aligarh Muslim University on January 16 and (c) for a ‘premeditated conspiracy’ in riots in North-East Delhi.

The Delhi Police had booked him for the first time for giving an allegedly seditious speech on December 13 which, police claimed, led to violence in the JMI campus.

The police further alleged that after his release on bail, he gave an inflammatory and seditious speech at Aligarh Muslim University (AMU) on January 16 this year in which he, while protesting the CAA, asked people to separate the North-Eastern states from the country.

Consequent to that, Police in five states - Delhi, Uttar Pradesh, Manipur, Assam and Arunachal Pradesh – lodged FIRs invoking various sections such as 124A (sedition), 153 A (promoting enmity between different groups on grounds of religion, race, place of birth, etc) and 505 (statements conducting to public mischief) among others.

Delhi Police arrested Sharjeel from Jahanabad in Bihar on January 28 this year and sent him to Guwahati Jail on February 20.

On May 22, Guwahati High Court granted him a statutory bail, but since he had cases pending in other states, he remained in the jail. He also got bail from Arunachal Pradesh as well on the similar ground.

The Delhi Police filed a 600-page charge sheet in July in the Delhi riots case and alleged that he had hatched its conspiracy with others while holding protests CAA. It has invoked the stringent anti-terror law, The Unlawful Activities (Prevention) Amendment Act.

The Delhi Police was supposed to bring him back for his trial in Delhi riots case from Guwahati on July 21, however, he tested Covid-19 positive and needed time to recover.

On August 23, the Police brought him from Assam on the production warrant. At present since the trial is pending, he is in judicial custody in Tihar Jail.

BJD, BJP In Mock Fight Ahead Of By-Polls In Odisha, As CBI Raids Ex-Minister