The tourists stopped their vehicles inside the tunnel, played music and started dancing. 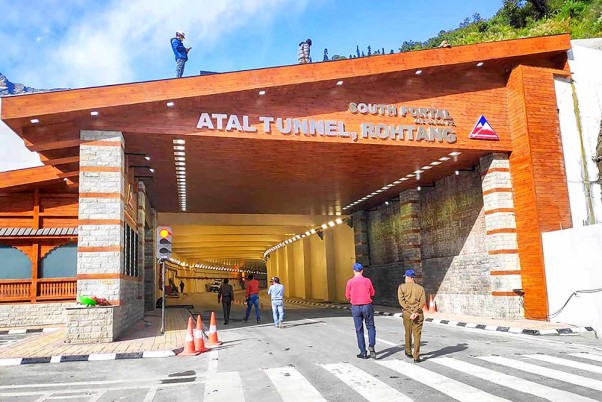 Seven tourists who were on their road trip to Kullu Manali landed themselves in police custody when they decided to show their dance moves in the middle of Atal Rohtang Tunnel.

The tourists stopped their vehicles inside the tunnel, played music and started dancing. This compelled the police to arrest them but also detain their vehicles.

Superintendent of police, Kullu, Gaurav Singh, said this was a grave traffic violation which put the lives of several other people travelling through the tunnel in danger.

“Seven persons were arrested and their vehicles were detained", he said adding that such a thing will not be allowed inside the tunnel at any cost.

More tourists were also taken to questioning to know their involvement in the traffic violation inside the tunnel.

Earlier, the police installed Doppler radars inside the tunnel and on the road leading to the tunnel to keep an eye on the over speeding vehicles. The tunnel also has CCTV cameras installed inside it.

The state cabinet on December 1, 2020, had approved a full-fledged security unit for the police to guard Rohtang Tunnel and oversee traffic mobility inside it.

Atal Rohtang Tunnel, inaugurated by Prime Minister Narendra Modi on October 3, has become the biggest attraction for the tourists.

After a lean period, Kullu Manali has seen an increased influx of tourists due to Christmas and New Year celebrations. According to the locals, hotel bookings have also gone up by 50-60 per cent.

Built beneath 13,059 feet high Rohtang Pass, the 9.01 km long tunnel is the world's longest tunnel at an elevation of 10,070 feet. It was built to provide all-weather link to people of Lahaul-Spiti, a tribal district, currently under snow.