The controversial slogan is often used against protesters agitating against the Citizenship Amendment Act (CAA). 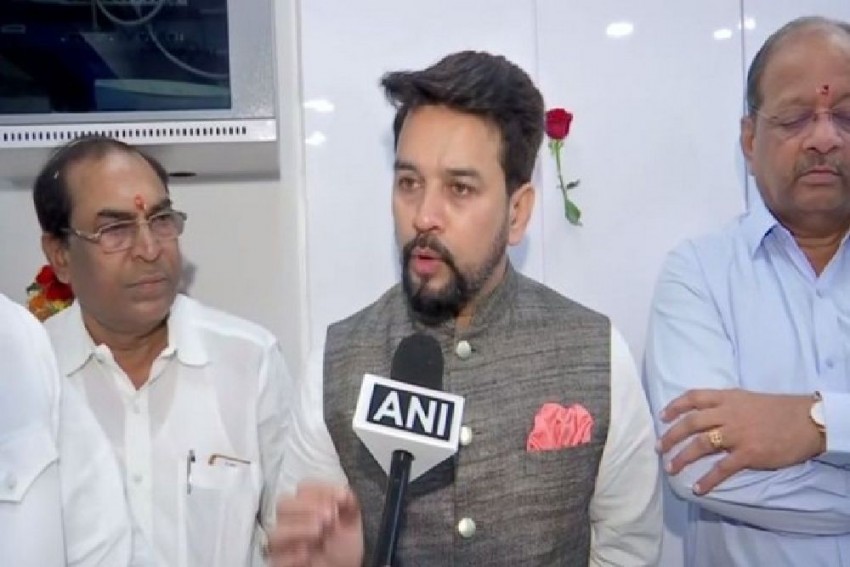 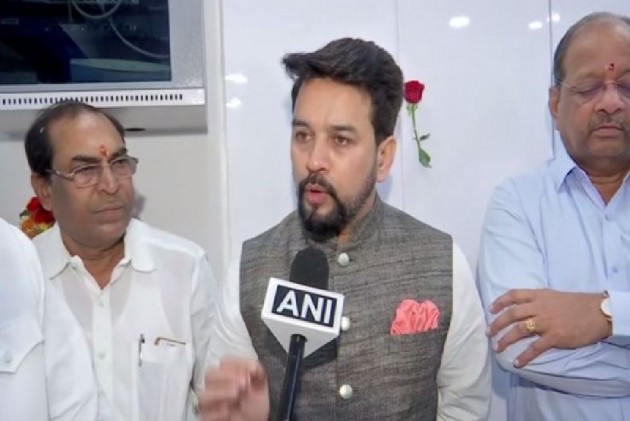 Anurag Thakur, the Minister of State for Finance, has defended leading an incendiary chant at a poll rally in the national capital, saying "the mood of the people of Delhi" should be gauged.

Thakur's defence of sloganeering at his rally comes after it drew sharp criticism with many alleging that the minister's slogans were "tantamount to incitement to violence".

When the reporters questioned the junior minister, he said: "First you should watch the entire video... Then you should see the mood of the people of Delhi."

The Delhi CEO on Tuesday sought a report from the North West district's election officer after Union Minister Anurag Thakur's video came to the notice of the poll officer.

"We have taken cognisance of the incident and have sought a report from the district election officer. However, we have not received any complaint so far," a senior official in the Delhi CEO Office said.

Thakur was addressing the meeting in support of BJP candidate from Rithala, Manish Chaudhary.

It was the first time that a government functionary of no less than a junior minister's post has led such a slogan at a poll rally. Besides Thakur's sloganeering, Home Minister Amit Shah, too, had recently implored the Delhi voter to press the EVM button with such force that the current is felt in Shaheen Bagh.