This year’s election in Bengal will also be remembered for the demise of traditional liberal-secular space in the state’s politics. 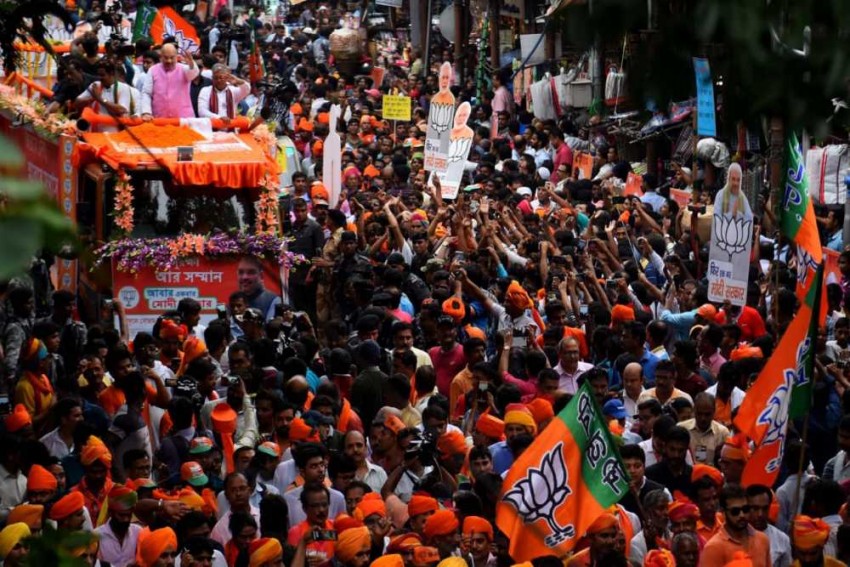 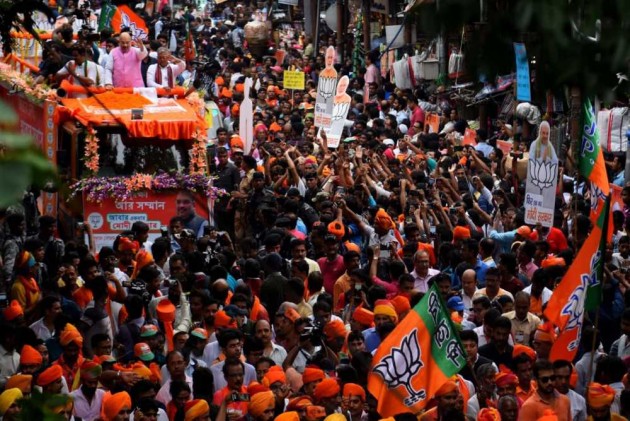 The campaign for Lok Sabha elections is over, and candidates, campaign managers and election analysts have little to do but to wait with bated breath for the results to be declared on May 23.

So, with just a week left before the verdict is out, it’s time to take stock of this year’s election campaign in West Bengal, setting aside the vituperative language that was used by the campaign leaders and party workers alike.

Contesting candidates and parties have made several claims and counterclaims about the election results. Prime Minister Narendra Modi’s claim that the BJP would alone get 300 seats with a significant contribution from Bengal, has been matched by his bête noire Mamata Banerjee who claims to win all 42 seats in the state. BJP president Amit Shah has chipped in with a claim that the BJP would get around 23 seats in West Bengal. Meanwhile, media and election analysts have been predicting several scenarios with varying prospects for the BJP in the state. The conservatives are pegging the BJPs tally between three to seven. Conversely, the Trinamool Congress’ (TMC) tally will be restricted to around 34, which is the same number of seats they won in 2014. Those who are more optimistic about the BJP’s poll prospects in Bengal are putting the saffron party’s tally at 12-15 seats. Obviously, the same predictors have assumed that Mamata’s party would get much less seats than it got in 2014.

Not going into the merits and demerits of these discursive claims, one can perhaps say with certainty that there will be a spectacular rise in the BJP’s vote share and the party will make entry into Bengal politics in a big way. That the results might have greater implication for the 2021 state assembly elections is a separate issue.

What is discernible from this array of claims and counterclaims is that the Left is completely absent in this narrative. Perhaps, this year’s election in Bengal will also be remembered for the demise of traditional liberal-secular space in the state’s politics. From now on, we will have to be ready to see competitive communalism at its worst form, with the pitch rising higher and higher. This has already become apparent with Mamata competing with Modi and Shah to prove her ‘true Hindu’ credentials, and her party workers trying to counter the BJP’s Ram Navami with their Hanuman Jayanti.

Setting this bleak prospect aside for the time being, one needs to talk about the steady decline of the Left and shrinking of the secular-liberal space in Bengal. The liberal secular tradition is not something that we got or was created after independence. It evolved from the struggle launched by the pioneers who led reform movements in social and religious space in Bengal in the 19th century and continued into the first half of the 20th century. Ram Mohan Roy to Vidyasagar, Ramkrishna-Vivekananda to leaders of Brahmo Samaj, and Sri Aurobindo to Rabindranath Tagore, many pioneers carried forward the task of reforming and educating the Bengal society. Gradually, it became the legacy of elite Bengali society consisting mostly of Caste Hindu people. As the communist leaders in Bengal were mostly from the same section of society, this secular-liberal legacy was also inherited by them. The espousal of these secular-liberal ideas by Bengali elites immediately enamoured a large section of elites in other parts of India. Many took it as the only possible narrative of the entire Bengali society.

But it was never explored beneath the surface and overlooked other aspects of the elite Hindu society. From its past association with land owners, where Muslims were mostly share croppers or mere farm labourers, till partition snapped the linkage, the elite caste Hindus had a deep rooted exclusionist view vis-a-vis the Muslims. This feeling turned into proactive hatred after partition and erected a firewall in Bengal society between Hindus and Muslims. While it is true that during the passage of over half a century, there appeared several cracks in that wall, yet the strong reluctance of the Hindu landlords to allow educated middle class Muslims to rent a dwelling place in their localities in Kolkata is indicative of the existence of that wall. The ghettoization of the Muslims in Kolkata is a direct fallout of this.

Secured under the “liberal-secular” umbrella, the Bhadralok-elites dominated the political space for more than a century, but Communists are no exception to it. The Indian Communists embraced Marxism in a very dogmatic way and never bothered to understand the two most crucial factors in the Indian society -- Caste and Religion. So, when in the 1990s the Indian body politic was shaken up with two powerful movements, the Mandal and Kamandal, the Left were perplexed. Around the same time, the world witnessed the end of Soviet Union, collapse of East European Socialist Bloc, and China’s march on capitalist road. It also ended hegemony of what came to be known as orthodox Marxist theory. In India, the crisis of the Left was further compounded by the introduction of neo-liberal economy. These attacks in domestic and international space hit the Indian Left so badly that they are yet to come out with an alternative thinking that can be offered to people.

In Bengal, Bhadralok communists, in the name of proletariat culture, had subsumed aspirations of various sections of society, mostly Dalits, SC/ST and Muslims. Yet, in its 34-year rule, the Left never tried to attend to these aspirations. Thus, despite implementation of pro-poor policies like land reform and introduction of Panchayat system, the poor people remained poor in Bengal. Even now, these poor are heavily dependent on state government for cheap subsidised ration, rudimentary form of public health system and so on and so forth. Sachar Commission’s report had earlier exposed the real condition of Muslims in Bengal. The growing dependence on the state’s largesse is indicative of the conditions of Muslims and other sections of poor people even today.

The rhetoric, that once attracted millions of dedicated youth, women and other people towards the Communists, has become archaic, bereft of any conviction, unsuitable for today’s complex situation. The bankruptcy of their politics is palpable which is evident in these elections since a large Leftist section is now leaning onto the BJP’s shoulders in order to pull down the TMC.

The hatred that was ingrained in the elite Hindu Bengali society had found strong resonance in poor Dalits and Scheduled Castes who otherwise had social intercourse with the Muslims. Thus, a soft underbelly of Hindutva was left undisturbed in West Bengal, and the Bhadralok Communists never tried to purge that feeling from the society. Now, the BJP’s powerful entry into the scene has ignited the age-old hatred and is threatening to destroy the secular-liberal fabric of Bengal society. With the shrinking of the secular –liberal space, the Left are also about to make a silent exit, at least for the time being.

After Rahul Gandhi Tweets 'Modilie', He Gets A Snub From Oxford Dictionary