In her letter, Sonia suggested the government scrap Central Vista project of approximately Rs 20000 crore, suspend advertisements and foreign visits of ministers and other dignitaries and divert the money to PMNRF from PM-CARES fund. 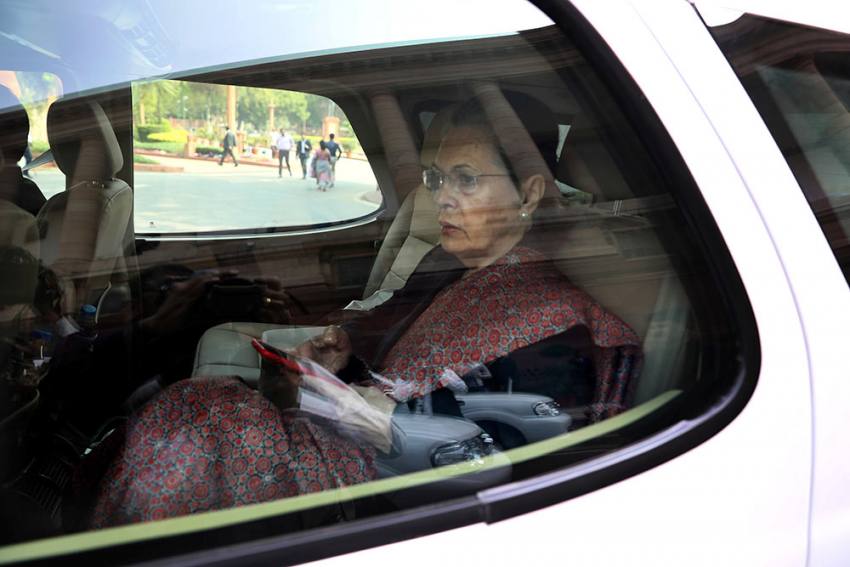 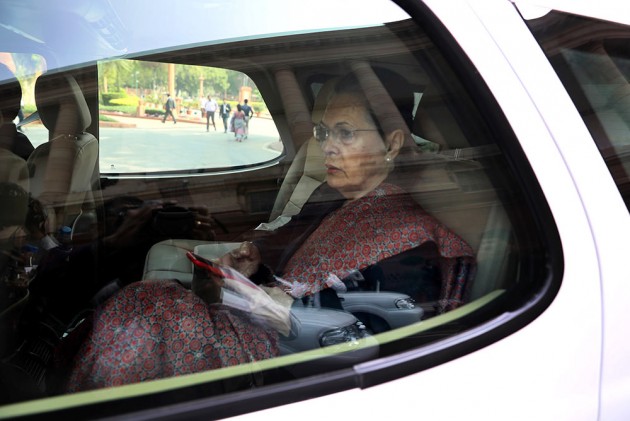 In her letter, Sonia suggested the government scrap Central Vista project of approximately Rs 20000 crore, suspend advertisements and foreign visits of ministers and other dignitaries and divert the money to PMNRF from PM-CARES fund.

She also conveyed her support to the decision taken by the Union Cabinet to reduce salaries for Members of Parliament by 30 per cent. Austerity measures which can be used to divert much-needed funds to the fight against COVID-19 are the need of the hour, she said.

"In this spirit, I am writing to offer five concrete suggestions. I am certain you will find value in them."

The first suggestion Sonia Gandhi made was to impose a complete ban on media advertisements - television, print and online - by the Government and Public Sectors Undertakings (PSUs) for two years.

"The only exceptions should be advisories for COVID-19 or for issues relating to public health. Given that the Central Government currently spends an average of Rs 1250 crore per year on media advertisements (not including an equal or greater amount spent by PSUs and Government companies), this will free up a substantial amount to alleviate the economic and social impacts of COVID-19." wrote Sonia Gandhi

The Congress President suggested the suspension of Rs 20,000 crore 'Central Vista' beautification and construction project forthwith. "At a time like this, such an outlay seems self-indulgent to say the least. I am certain that Parliament can function comfortably within the existing historical building and this sum could instead be allocated towards constructing new hospital infrastructure and diagnostics along with equipping our frontline workers with Personal Protection Equipment (PPEs) and better facilities."

Proportionate reduction of 30 per cent in the expenditure budget (other than Salaries, Pensions and Central Sector Schemes) should be done for the Government of India as well. This 30 per cent (i.e. Rs 2.5 lakh crore per year approximately) can then be allocated towards establishing an economic safety net for migrant workers, labourers, farmers, MSMEs and those in the unorganised sector, wrote Sonia Gandhi

"All foreign visits including that of the President, the Prime Minister, Union Ministers, Chief Ministers, State Ministers and Bureaucrats must be put on hold in a similar fashion," she said.

The Exceptions can be made in case of special emergency or exigencies in the national interest to be cleared by the PM. This amount (which is around Rs 393 crore for just the Prime Minister and Union Cabinet's trips in the last five years) can be utilised extensively in measures to combat COVID-19, Sonia Gandhi added.

She also targeted the PM CARES-fund and demanded that all money under 'PM Cares' fund should be transferred to 'Prime Minister's National Relief Fund' (PM-NRF).

"This will ensure efficiency, transparency, accountability and audit in the manner in which these funds are allocated and spent. It seems like a waste of effort and resources to have and create two separate silos for the distribution of funds.

"I understand that Rs 3800 crore approximately are lying unutilised in the PM-NRF (at the end of FY2019). These funds, plus the amount in 'PM-Cares', can be utilised to ensure an immediate food security net for those at the very margins of society." wrote Sonia Gandhi.