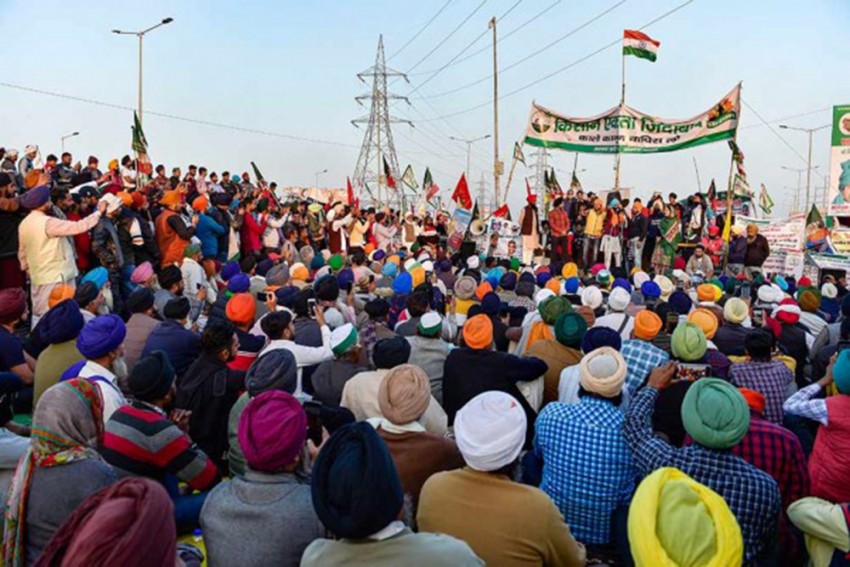 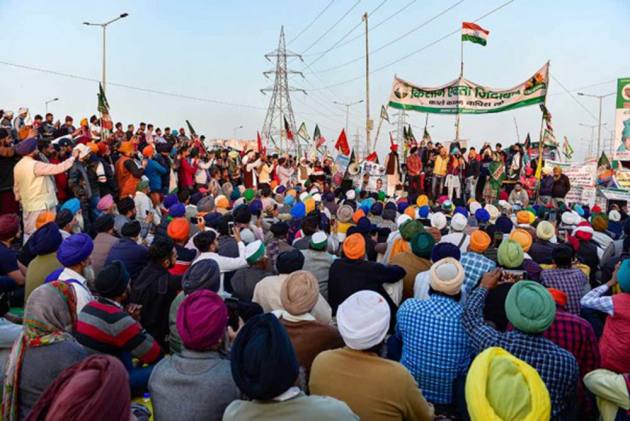 The Supreme Court will hear a plea seeking a direction to authorities to clamp down on farmers’ protests and shift them from several border points in the national capital as commuters are facing hardships due to road blockades and the gatherings might lead to an increase in the number of Covid-19 cases.

According to the apex court’s website, a bench of Chief Justice S A Bobde and justices A S Bopanna and V Ramasubramanian will hear the plea filed by law student Rishabh Sharma. Sharma’s plea has also sought directions to authorities to open roads along Delhi's borders, shift the protesters to the allotted protest site and provide guidelines on social distancing to curb the spread of Covid-19.

The petition claimed that the Delhi Police had, on November 27, allowed the protesters to hold a peaceful demonstration at the Nirankari ground in Burari, but despite that, they have blocked the borders of the national capital.

"Because of the ongoing protest at Delhi's borders, the roads have been blocked by the protesters and the border points have been closed, which have affected vehicular traffic and people who are travelling to and from Delhi to get medical treatment in reputed government/private hospitals," the plea, filed through advocate Om Prakash Parihar, stated.
It referred to an October 7 order of the top court, delivered on a petition against the blockade of a road in the Shaheen Bagh area in Delhi by those protesting against the Citizenship (Amendment) Act, which said public spaces cannot be occupied indefinitely and demonstrations expressing dissent have to be staged at designated places.

Referring to the Covid-19 guidelines issued by the government, the plea said despite the advisories requesting everyone not to hold large gatherings during the pandemic, lakhs of farmers have assembled at Delhi's borders and this might lead to an increase in the number of coronavirus cases.

"It is pertinent to note that in view of the prevention of the community spread of the pandemic disease coronavirus (COVID-19), it is very necessary to remove the gatherings and this protest is further blocking the roads for all the emergency/medical services, which are very much required to be supplied within the territory of Delhi in order to stop the spread of the coronavirus.

"The petitioner is seeking an urgent direction from this court for immediate removal/dispersal of such mass gathering of protesters at the Delhi borders and shift them to the place already allotted by the Delhi Police in view of an immediate threat of the coronavirus infection and spread," the plea said.

The plea further stated that the protesters can continue to protest peacefully after the pandemic is over adding that the protests should be stopped immediately due to the rising number of Covid-19 cases.

The plea said that due to the ongoing protests, traffic movement has been disrupted at several border points of the national capital as the police have kept key routes connecting Delhi to Haryana and Uttar Pradesh closed in view of the agitation.

At least five rounds of formal talks have taken place between the Centre and the representatives of thousands of farmers, mainly from Punjab and Haryana, but the deadlock has continued with the unions sticking to their main demand for a repeal of the three contentious laws and they have repeatedly rejected the government's offer to make certain changes in the legislations.