As Justice Arun Mishra is set to retire from the apex court on September 2, he said he could not hear the 2009 case as it would need lengthy arguments. Justice Mishra has now urged CJI Bobde to list the case before an appropriate bench on September 10. 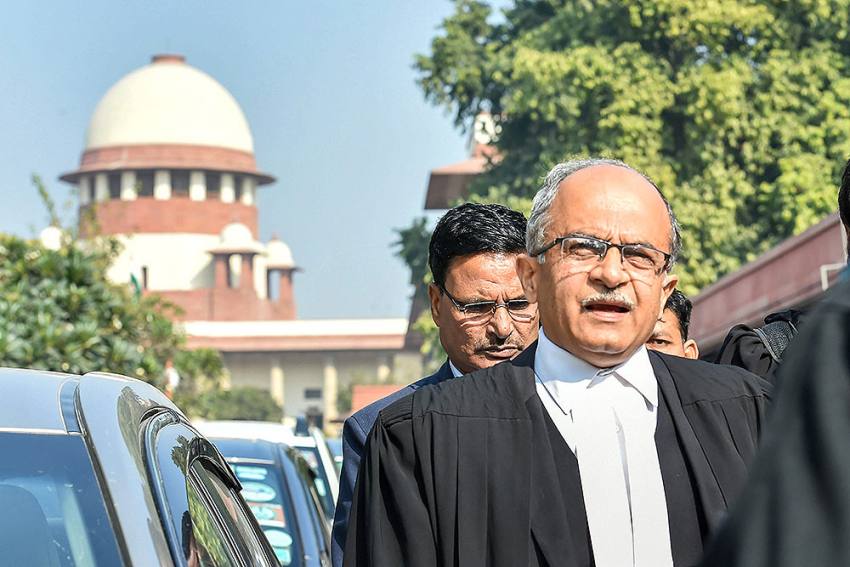 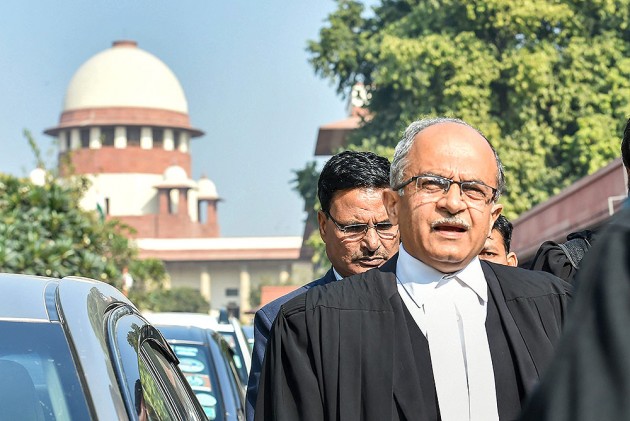 A three-judge bench of the Supreme Court, on Tuesday, decided to refer a 11-year-old contempt case pending against lawyer Prashant Bhushan to a different bench, which will be decided by CJI S A Bobde. The apex court observed that it was not only question of punishment but also faith in the institution that required detailed hearing.

The case is separate from the other contempt case initiated suo motu by the SC against Bhushan for two of his recent tweets against Chief Justice of India S A Bobde and the role of the last four CJIs in the "destruction of democracy".

A SC bench headed hy Justice Arun Mishra had, in July, begun to hear the suo motu contempt case against Bhushan. The bench had also indicated that it would revive proceedings in the 2009 contempt case which had last been heard by the the top court over eight years ago.

However, over the past fortnight, the bench focused on disposing off the contempt case initiated over Bhushan's recent tweets. The Supreme Court found Bhushan guilty of contempt in the recent case but had urged the lawyer to tender an unconditional apology before the court decided on the quantum of punishment to be awarded to him. Bhushan has refused to apologise for the tweets and the bench must now decide the punishment.

Also Read | ‘Will Amount To Contempt Of My Conscience’: Prashant Bhushan Refuses To Apologise For His Tweets

However, in the 2009 case, Bhushan's counsel, senior advocate Rajeev Dhavan on Tuesday argued that the case requires to be heard by a larger bench of the court as there are matters of the Constitution's interpretation that needed to be deliberated upon. Senior advocate Kapil Sibal, appearing for Tarun Tejpal, the then editor of Tehelka magazine when the interview in question was published, has also expressed similar view.

The bench headed by Justice Mishra told Dhavan that he must ponder that people come to court for relief, and when that faith is shaken then "what should be the procedure?"

Senior advocate Kapil Sibal, appearing for journalist Tarun Tejpal, contended before the bench that people come to court for justice and relief. "We will come and go but the institution exists forever. We must protect the integrity of the institution," submitted Sibal, according to reports. Sibal said, "there is also a larger principle of howsoever high you are, law is above you, which should apply to everyone equally."

As Justice Mishra is set to retire from the apex court on September 2, he told the counsel that he could not hear the 2009 case as it would need lengthy arguments. Justice Mishra has now urged CJI Bobde, the master of roster for the SC, to list the case before an appropriate bench on September 10. It is, however, not known yet whether the matter will be listed before a three-judge bench again or go before a constitution bench as demanded by the counsel for Bhushan.

There is also, as of now, no decision on the punishment to be awarded to Bhushan in the contempt case over his recent tweets for which he has already been held guilty.

Also Read | To Punish Or Not To Punish: Prashant Bhushan's Defiance Puts SC In Stalemate