Three Accidents In Atal Rohtang Tunnel In 72 Hours Since Inauguration

Hundreds of tourists and motorists have taken to over-speeding and racing through the newly inaugurated Atal Rohtang Tunnel. 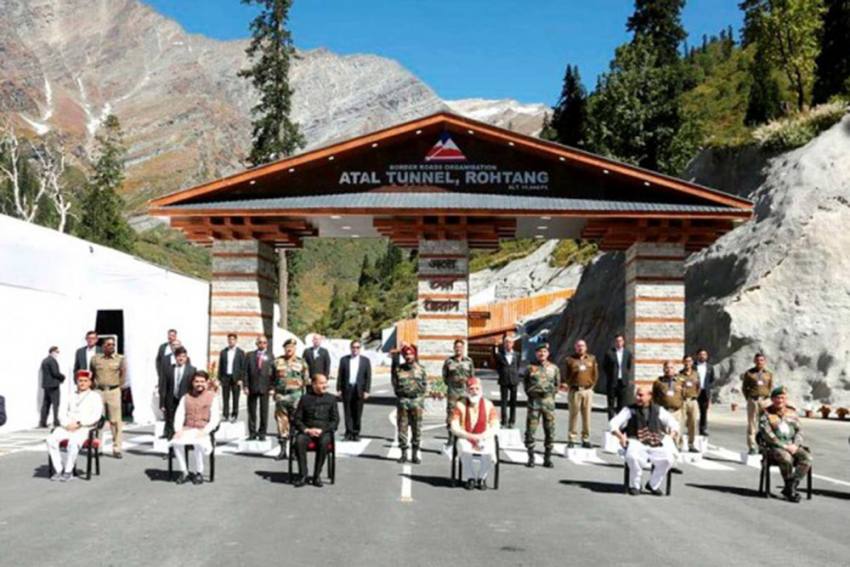 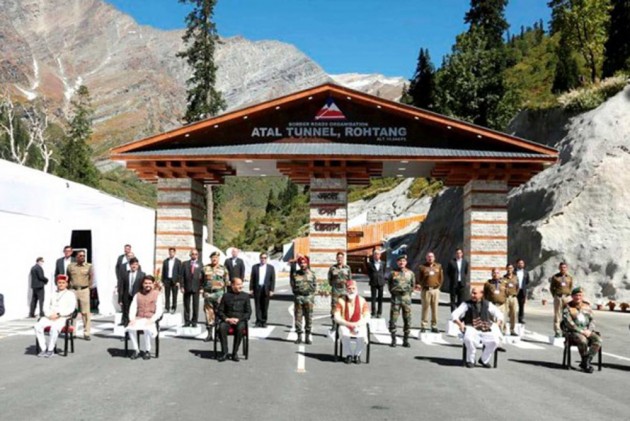 Barely 72 hours after Prime Minister Narendra Modi inaugurated the world's longest highway tunnel—Atal Rohtang Tunnel in Himachal, the Border Roads Organisation (BRO) and district authorities are facing new concerns. Hundreds of tourists and motorists have taken to over-speeding and racing in the newly opened tunnel, which has already resulted in three accidents.

"Three accidents were reported in a single day after the tunnel was inaugurated by the Prime Minister on October 3. The accidents were recorded by the CCTV cameras installed inside the tunnel. Showing a complete disregard for traffic rules, tourists and motorists have been clicking selfies while riding,” said Brigadier K.P. Purushothaman , BRO Chief Engineer,  Atal Tunnel adding that no one is allowed to station their vehicle anywhere in the middle of the tunnel.

Purushothaman has claimed that he requested for police deployment in the tunnel. “Once the inaugural function finished, there has been scant deployment of traffic police personnel, resulting in complete chaos and rash driving by tourists from Punjab, Haryana and Chandigarh,” said Brigadier K.P. Purushothaman.

Speaking to Outlook, Kullu SP Gaurav Singh said the police have taken steps to curb reckless driving and over-speeding in the tunnel. " We have installed doppler radar inside the tunnel, which will detect over-speeding. Those violating the prescribed speed limit (40km to 80 km) will be issued a challan,” said Singh

Meanwhile, the BRO has imposed a complete ban on movement of vehicles carrying inflammable items like diesel, petrol, LPG and kerosene oil for the next two months. The tunnel will also remain closed for two hours everyday, between 9 am to 10 am and 4 pm to 5 pm for carrying out maintenance activities.

The 9.02 km long tunnel, that reduces a distance of 46 km between Manali and Keylong in Lahaul Spiti, was former Prime Minister Atal Bihari Vajpayee’s dream project. The foundation stone for the project was laid by UPA chairperson Sonia Gandhi in 2010 when the BJP government headed by Prem Kumar Dhumal was in power in the state.