Karnataka Chief Minister H D Kumaraswamy also said he was ready for everything and that he was not here to cling to power. 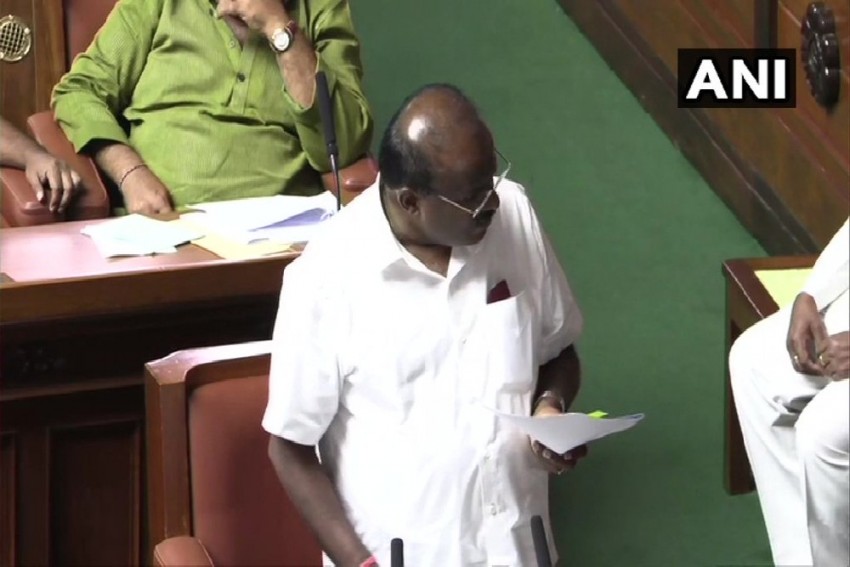 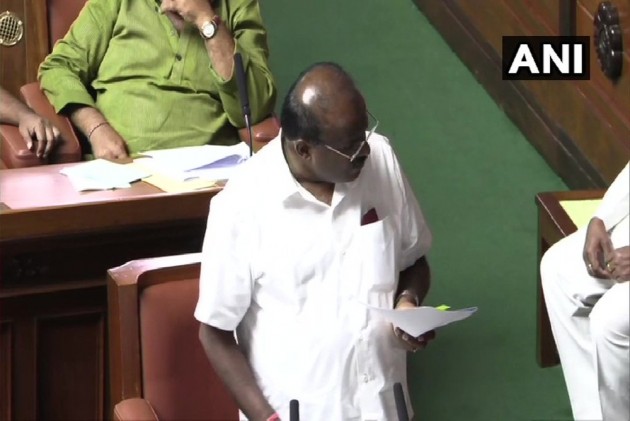 The surprise announcement from the embattled Chief Minister came in the state Assembly, which met here for a 11-day session in the backdrop of the resignation of 16 ruling coalition MLAs, which now threatens the government's survival.

However, the opposition BJP took exception to the Chief Minister raising the matter during obituary reference.

A total of 16 MLAs -13 of the Congress and three of the JD(S) resigned, which was followed by the two independent legislators who were made ministers recently withdrawing support to the government.

"In my opinion, today in the backdrop of the developments, I have decided that I should move the confidence motion. I seek your time," Kumaraswamy told the Speaker.

"The occasion is such that I have to say this. I can continue only if I enjoy the trust of the House. In this background, I am not ready to misuse my position sitting in this place," he said.

He said he had taken the decision on the trust vote "voluntarily".

"The ongoing political developments, this confusion has been created due to the action of some MLAs. I am ready for everything. I am not here to stick on to power," Kumaraswamy said.

With the support of the two independents, who Monday resigned from the ministry, the BJP has 107 MLAs in the 22-member House, where the half-way mark is 113.

If the resignations of the 16 MLAs are accepted, the coalition's tally will be reduced to 100.

"The chief minister should have spoken paying condolences to the departed souls. He has to think how justified is it to seek trust vote in the middle of paying tributes," Eshwarappa said.